Experts warn of an increase in serious body dysmorphic disorders as a direct result of the daily digital connection with friends, colleagues, and educators in video chat as well as the explosive popularity of face-altering filters found on social media.

According to the National Institutes of Health (NIH), body dysmorphic disorder (BDD) is a disorder that consists of a distressing or impairing preoccupation with imagined or slight defects in appearance and is commonly considered to be an obsessive-compulsive spectrum disorder. It has been previously estimated that five to ten million Americans suffer from body dysmorphia, a number that is now significantly on the rise due to the incredibly increased usage of Zoom and other remote communication services.

As Trever Noah of The Daily Show points out in the video above, the technology keeping us connected is also making users feel badly about themselves, and backs up his comments with clips from various news reports from sources like NBC, ABC, CBS and more.

“Not only is a person confronting their own reflection with much greater intensity and frequency than ever before, but they are starring at a distorted reflection from these front-facing cameras,” he says.

As most of these devices will make someone’s nose appear wider and larger, while at the same time making their eyes appear smaller than they are in reality. 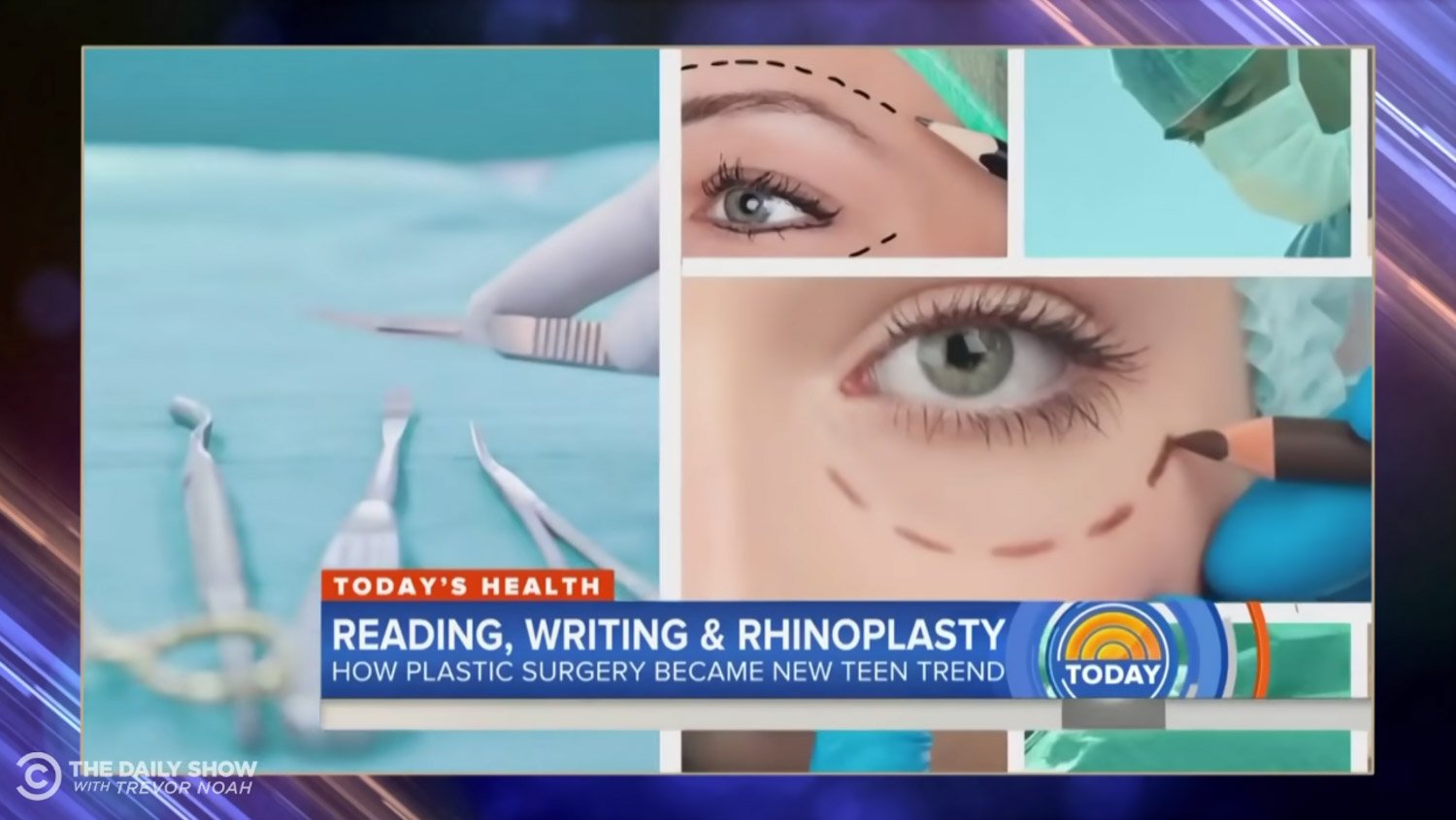 This isn’t just a result of Zoom meetings, however, but also the popularity of social media “self-portrait” filters as well. Noah’s segment, as well as many other articles from publications like The Washington Post, states how patients — especially young teen and pre-teens — are desperate to actually look like the selfies they have taken and doctored using various social media filters and often are in disbelief when they discover that the look cannot be achieved in reality. 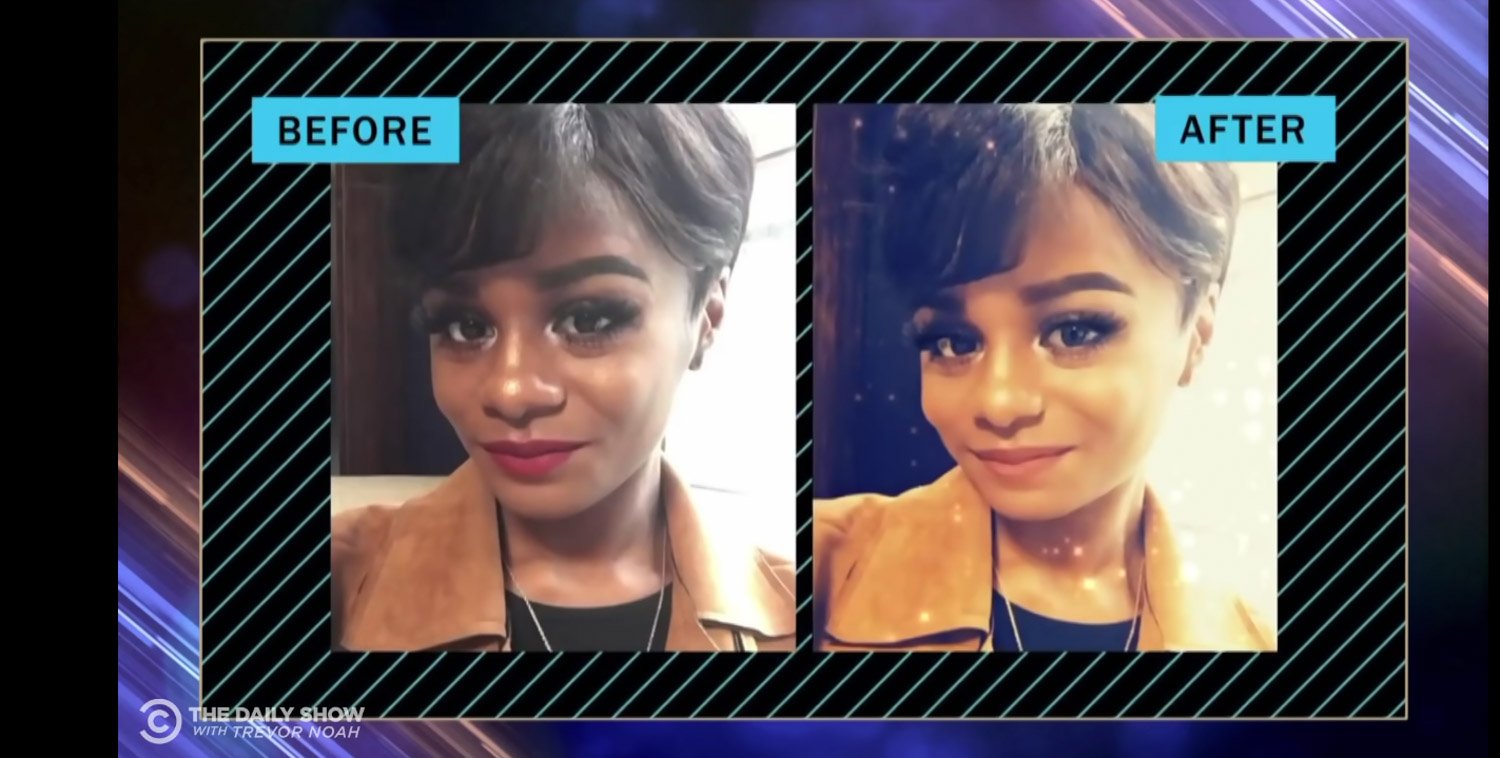 In one survey, 80% of teenage girls say they compared themselves to the way others look on social media. Further, these children report being unhappy with the way they look before they have even finished elementary school. In an effort to combat some of this, Luke Evans, a member of the British Parliament, has proposed the “Digitally Altered Body Bill” that requires advertisers and publishers to display a logo whenever a person’s face or body has been enhanced.

“While there is not a “one size fits all” cause or cure to body dysmorphic disorders such as Zoom dysmorphia, Evans says that the openness and acceptance of people no matter the shape, size, color, gender, and so on is important now even more than ever before. I think our society is moving toward that,” Marybeth Evans from OSF Healthcare says. “We see that commercials now include different body types, different ages, different races. I think there is a trend of being more accepting of differences – so hopefully that will also help with body dysmorphia.”

Read more: AI-Powered App That Turns Photos into Cartoons is Exploding in Popularity

Additionally, a few simple changes can help those who still use Zoom meetings every day: sitting farther away from the camera will reduce the visible distortion from some of the front-facing cameras in devices, or using a better camera like a DSLR or mirrorless system as your webcam along with different or better lighting can make a huge difference.

WD Drives Were Wiped by Hackers Using a Zero-Day Exploit