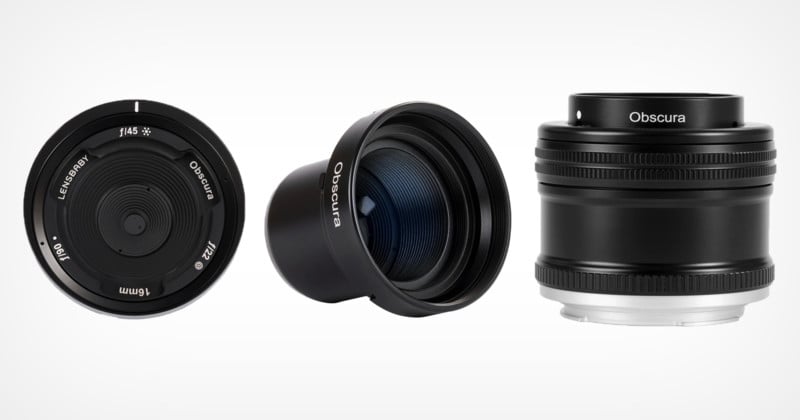 Lensbaby, a company known for making unconventional lenses and unique optics, has announced its latest lens: a three-in-one Pinhole-type optic called The Obscura.

The Obscura lens is based on the camera obscura, “a darkened room with a small hole or lens at one side through which an image is projected onto a wall or table opposite the hole” which dates back to the fourth century BCE and is one of the earliest image projection techniques currently known. 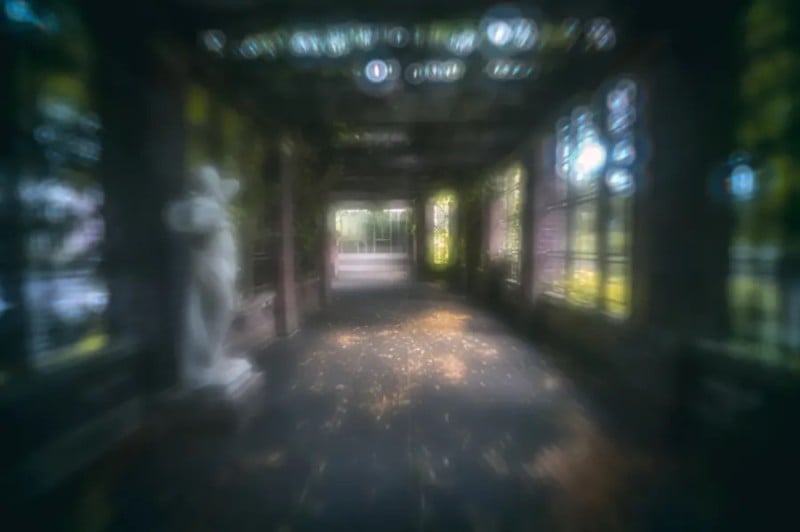 “A pinhole is not, technically, a lens but is a clear, round hole in a thin piece of material, usually metal,” the company says. “A pinhole sieve is a field of pinholes with the center pinhole being the largest and increasingly smaller pinholes radiating away from the center. A zone plate is a series of clear circular rings surrounding a center hole with each of the clear zones equaling the area of the pinhole in the center resulting in increasingly thinner zones as you move away from the center of the zone plate.”

Additionally, since the tiny pinhole only allows light to enter the camera from one direction, no focussing is needed. This also means the depth of field is quite large. Because less light is entering the camera, longer shutter speeds or higher ISO settings are needed (or some combination of the two) in order to achieve correct exposure.

“Most pinholes, unlike the Obscura’s imaging elements, are very delicate and easily damaged, typically being produced as small holes in thin sheets of metal with knife-sharp edges at the edge of the holes required to efficiently focus light,” Lensbaby says. “The Obscura’s pinhole, zone plate, and pinhole sieve are made up of three layers of chrome with a total thickness of 0.00014mm deposited on 1.5mm thick glass before an anti-reflective coating is applied. With a resolution of 128K dpi, this photolithography process not only makes true zone plates with excellent light transmission, it produces perfectly round pinholes and precision zone plate zones. Photographers can clean the Obscura’s glass as they would any camera lens, without fear of destroying and of the three imaging options.“

Photographers will want to shoot with a tripod and have fairly long exposure times with these required f-stops. It is worth noting that with this sort of system, everything will be in relative focus, but nothing in your image will be “sharp.”

Below are a few sample images provided by the company that illustrate how the Obscura lens looks in use. 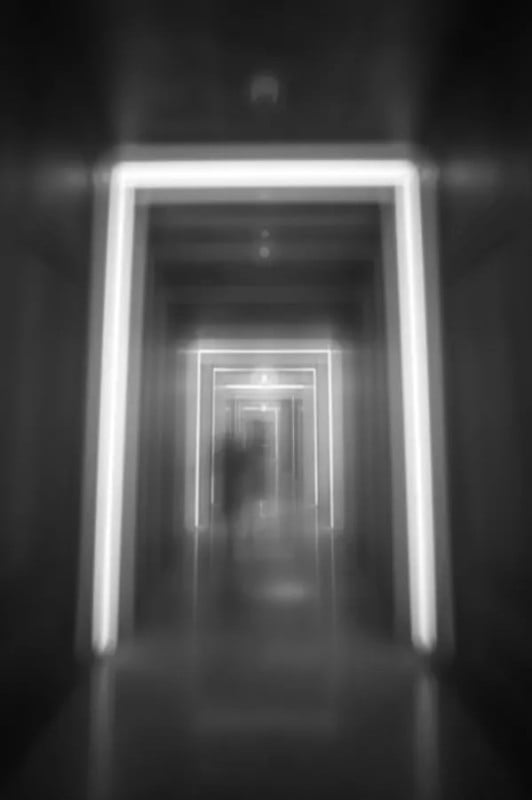 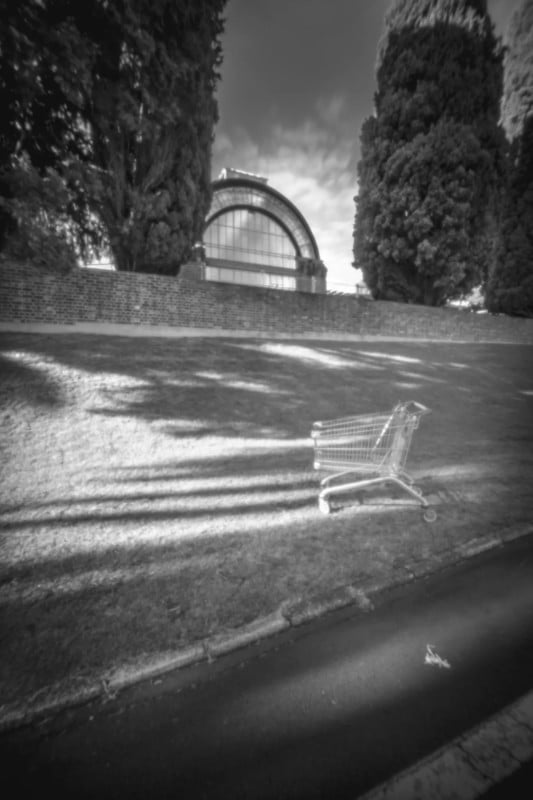 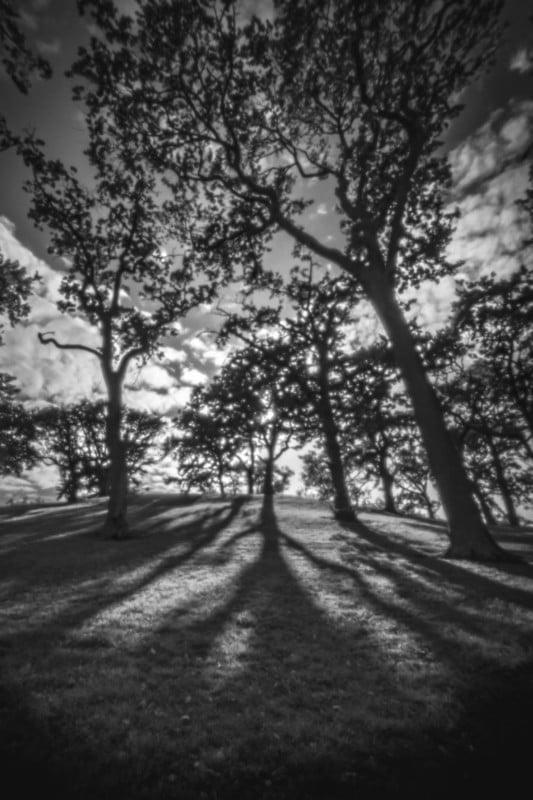 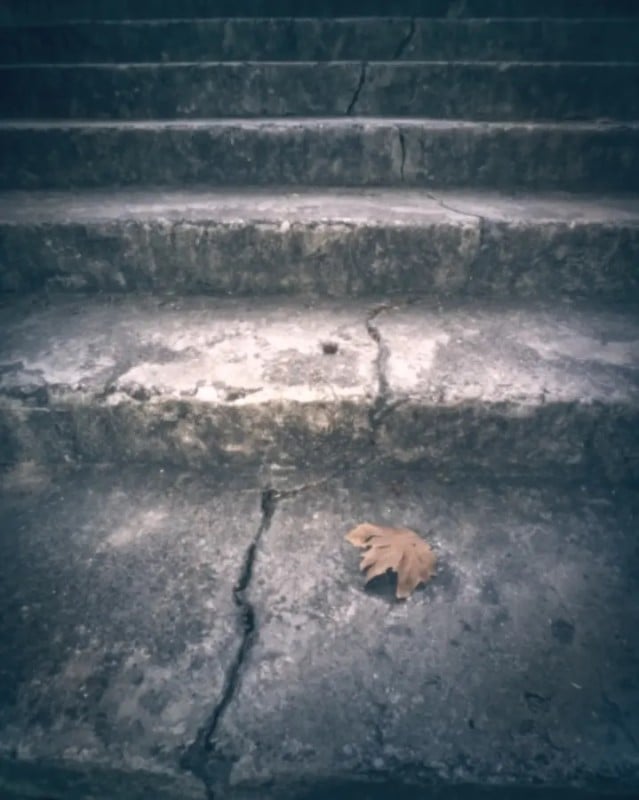 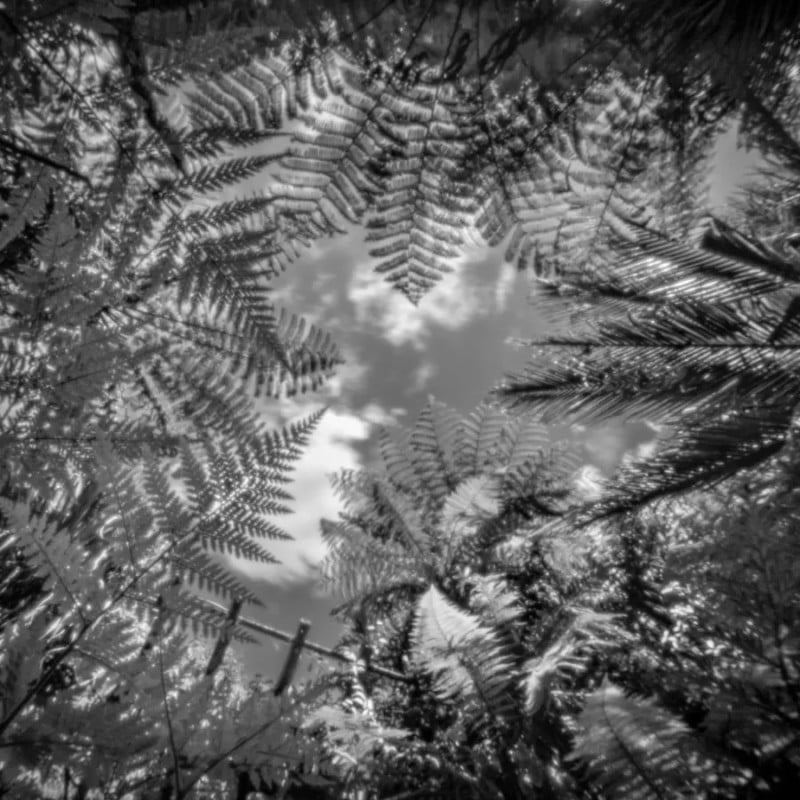 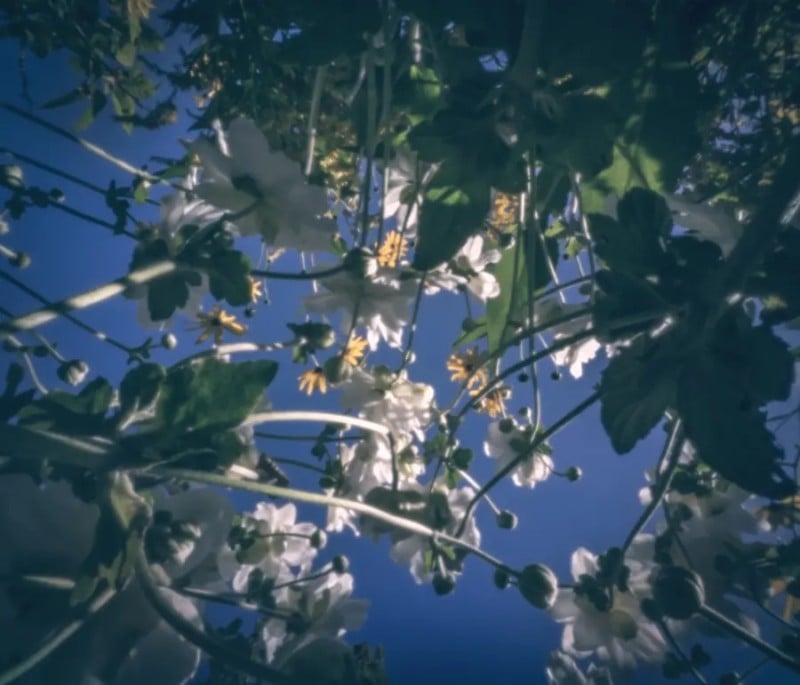 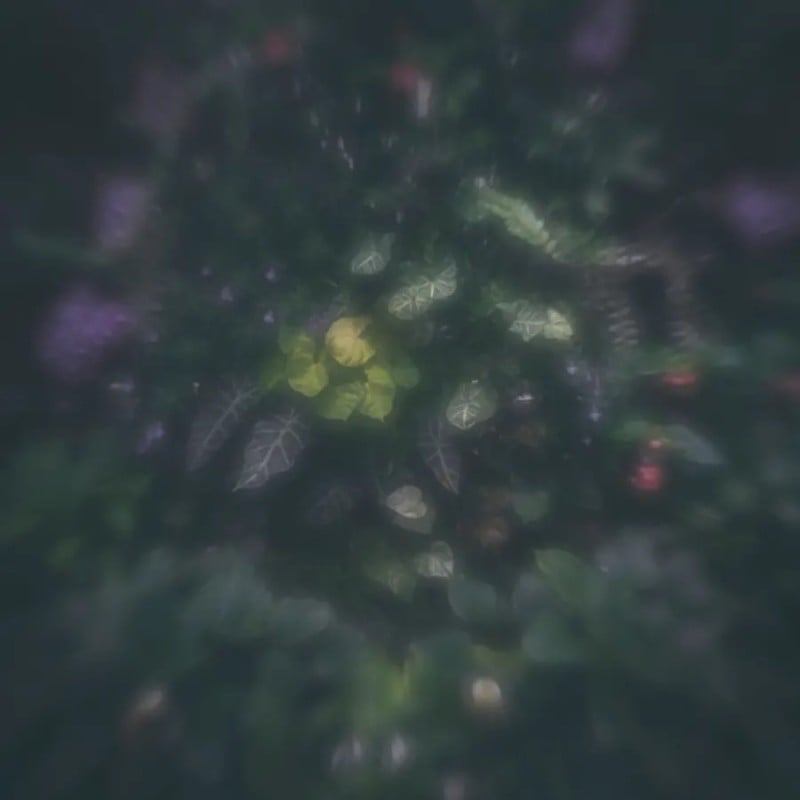 Since these images are not sharp by design, the image “quality” is entirely up to the beholder. The images will be soft, muted, and possibly even contain a fair amount of motion blur. The Obscura Lens is the type of tool for a photographer who wants to take a step back and challenge themselves to get creative.

“We created the Obscura so that you could learn and grow while using a technologically advanced pinhole lens with options. It’s the Lensbaby twist to old-world imagery,” the company says.

The full Lensbaby Obscura set can be perused here.