For its latest prank, the popular YouTube channel HowAboutBeirut came up with a clever and humorous way to use stealthily-captured photos and rapidly-made prints. This 3-minute video is titled, “Surprising Humans with Their Pictures.”


HowAboutBeirut founders Alex and Jad have attracted 1.7 million subscribers on YouTube by pulling pranks on unsuspecting people found on the streets of Beirut, Lebanon.

For their latest idea, the duo secretly photographed random people hanging out on the street using a telephoto lens. They then quickly made large prints of the portraits, put them in the hands of a group of actors, and then drove those actors by the subjects (who were still in the locations they were photographed) in a tour bus.

As the bus pulls up, the actors begin cheering for the confused targets as if they were famous. Some actors even shout for the targets to run for president. 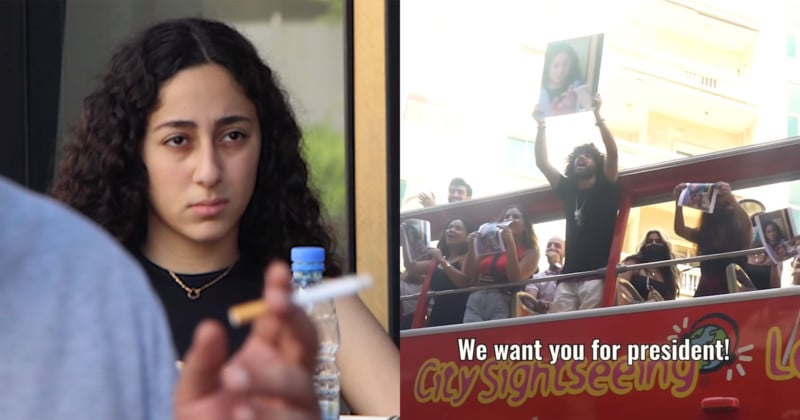 “We got all kinds of reactions!” the duo says.

All the subjects were confused, some people were amused, and one pair of older men didn’t react at all to the strange sight.

The video above also features one slightly different prank in which the pranksters photograph a man sitting on the street and then have an actor “accidentally” drop a stack of prints of the photo at the man’s feet as he walks by.

The man is understandably concerned and creeped out when he sees himself on the scattered prints. 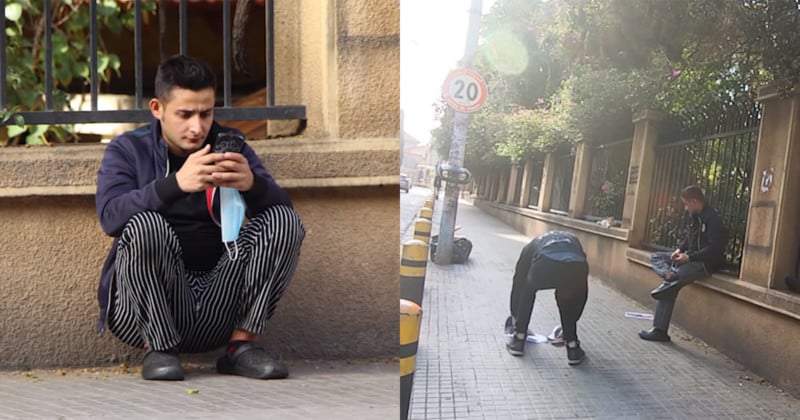 This type of real-time photo printing has neat applications beyond pranking. Back in 2015, wedding photographer James Day had the “crazy” idea of photographing a wedding and then delivering a finished photo book of the wedding to the newlywed couple at the end of their wedding day. Day captured the couple’s shocked expressions when they unboxed the album and realized what they were looking at — talk about a fast turnaround time.