When it comes to cameras, is bigger always better? Samsung didn’t try to answer that question, but the company did shoot a funny video that shows pretty clearly that the general public seems to think the answer is “yes,” even if there’s no difference at all.

Sort of a cross between a prank video ala Candid Camera and a Pepsi Challenge, Samsung sent two reps out with two NX300s to take pictures of willing strangers. They then disguised one of the cameras inside a DSLR shell. 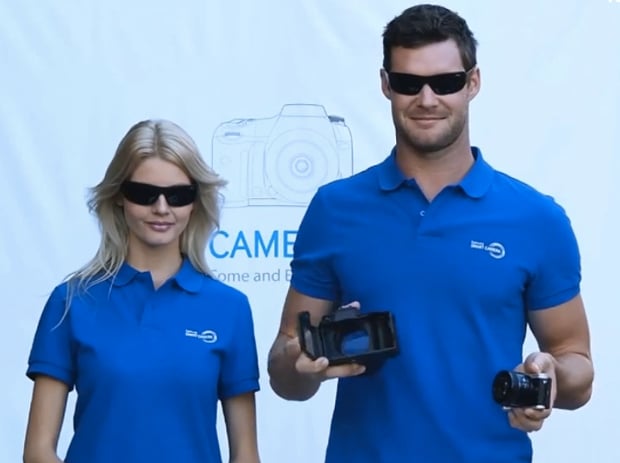 Over the course of the day, the reps took essentially the same exact photo of people on the street using these ‘different cameras,’ and then asked them to pick the best result. Solely based on image quality (which, since it was the same camera, was identical), the participants almost unanimously picked the DSLR.

When asked why that one, the answers ranged from perceived differences in image brightness to “that one looks more professional.” One honest lady was straightforward enough to say “this ought to be better because it’s bigger.”

Of course, at the end the reps let everyone in on the truth to various “whoa” like reactions, and though there might not be much to learn here, it’s still interesting to see how the size of a camera changes people’s perception of an image’s quality. Check out the prank at the top to see it all for yourself.