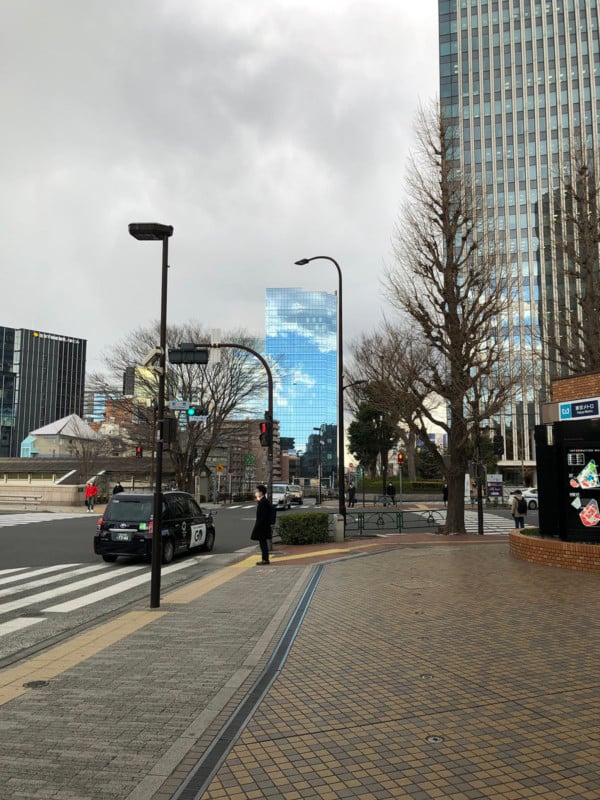 Kentaro Fukuchi was walking on a sidewalk in Japan on Monday when he captured this mind-bending photo that looks like a Photoshop job or some kind of glitch in the Matrix.


The building’s mirror-like surface was reflecting the blue skies behind Fukuchi, creating what looked like a geometric hole in the cloud cover.

In case you think the photo is digitally manipulated, here’s a short video Fukuchi shot from the same position that shows what the building’s neat reflection looked like when moving around:

“It’s sunny only inside the building,” Fukuchi writes in a Tweet. “It’s as if there is a square hole in the cloudy sky.”

P.S. Australian photographer Murray Fredericks focused on a similar idea a few years ago when he photographed a giant mirror placed in a salt flat.

Image credits: Photograph by Kentaro Fukuchi and used with permission