With all the attention AI Photo editing software has been getting lately, specifically Skylum’s Luminar AI, I felt compelled recently to share my own thoughts on the software and what I believe it means for the photography industry as a whole.

I did so in a video on my YouTube channel and although a lot of people enjoyed the video, it did also receive more negative feedback than is usual on my channel. From comments to lengthy emails, there was a significant number of photographers who dismissed the technology completely as something no worthwhile photographer would need and some even dismissed me just for talking about it.

One photographer even told me that he had followed my channel since the very beginning (over 3 years) but because I had spoken about how easy AI software will make photo editing, he felt that ‘now was the time to unsubscribe.’

But let’s be real, unsubscribing from someone who only has two thousand subscribers because they mentioned a technology you don’t like, is not going to stop it, nor is that the way to succeed or get ahead as a professional. (And many who were negative felt the need to justify themselves to me professionally). 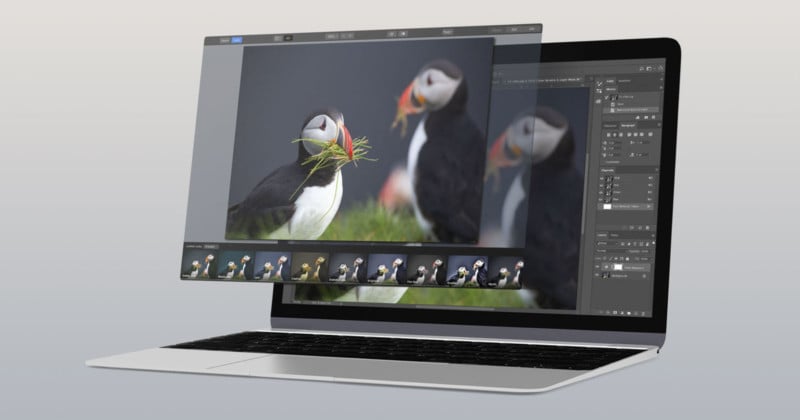 If you want to build a career from photography and keep that career successful long term, then it is imperative that you not only accept the world and the market as it actually is, but also adapt to it.

We have seen the same issues over and over again in photography, whether it is digital cameras, social media, smartphones, editing software; whenever something new comes along and has a big impact on the industry, a large group of photographers will simply dismiss it as being ‘not real photography.’

Unfortunately, this is usually from photographers who have been doing photography for a long time and are stuck in their old ways, afraid of new technologies, and afraid of change. Rather than learn and adapt, they complain and criticize online.

I feel there are generally two types of photographers in the world, those I have mentioned above, and those instead, who are open-minded, embrace change, adapt to new software and equipment, are constantly learning, constantly trying to improve, and will think about how they can actually take advantage of any changing developments.

Unfortunately, only one of those groups will be successful and survive long term. 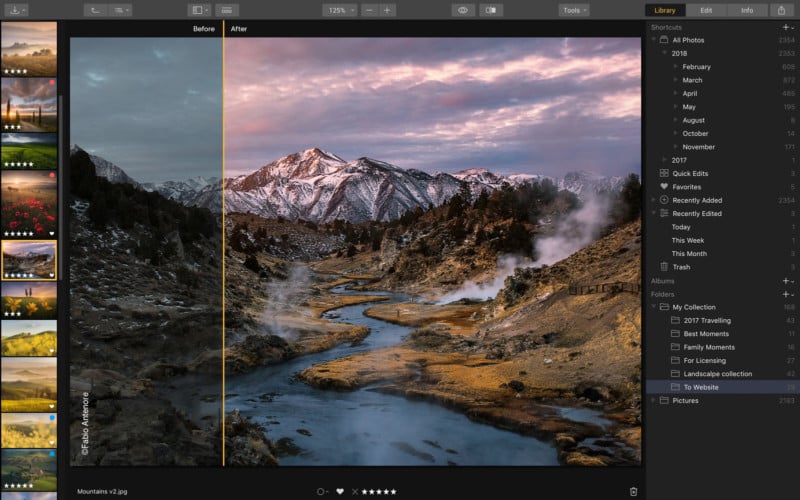 Now I am not saying, everyone should immediately start using Luminar AI, far from it. I personally will continue to use Lightroom for the foreseeable. But I do accept that Artificial Intelligence is now part of photo editing software and we will continue to see more of it. The points I made in my initial video were not a sales pitch for Luminar AI but my thoughts on how it is going to impact the market as a whole and how I am planning to adapt to it.

We all know photography is getting more and more saturated and with computer software now being able to do much of the editing for you and intelligently knowing which exact edits will produce the nicest image, that’s only going to make photography even more accessible to a larger market and so I believe we will see even more pretty photos on Instagram.

It is not enough anymore to just be able to take a great photo. Some years ago that might have gotten you far, but now almost everyone is capable of capturing fantastic images, so it’s not enough to stand out and be successful.

How many people today put all their time and effort into Instagram, knowing that that is the number 1 platform, thinking that this is the key to success, but despite the time and effort they put into it they fail to see growth and so they complain that the algorithm has changed or that it’s too oversaturated with the same stuff? I was guilty of it myself until recently. Until I adapted…

That’s why I have realized that I want to focus more on projects, on telling unique stories and basing my work around larger bodies of work that have more depth and meaning to them than just single photos on Instagram.

So despite how some people reacted, I am not even particularly a fan of Luminar AI (nor do I have anything against it) but I do accept the reality of the photography market today, I know that burying my head in the sand will not make AI disappear. I accept reality and rather than complain about it, I have analyzed and considered how I can adapt and take advantage of the situation instead.

That is the point…

About the author: Chris Gouge is a street and travel photographer based in Cumbria, England. With a desire to always find beauty and adventure, his goal is to make the most of life and ultimately live without regret, and through his photography, he hopes to inspire people to do the same. This article was originally published here.

Canon Has Listed its Sensors For Sale to Other Companies, Just Like Sony