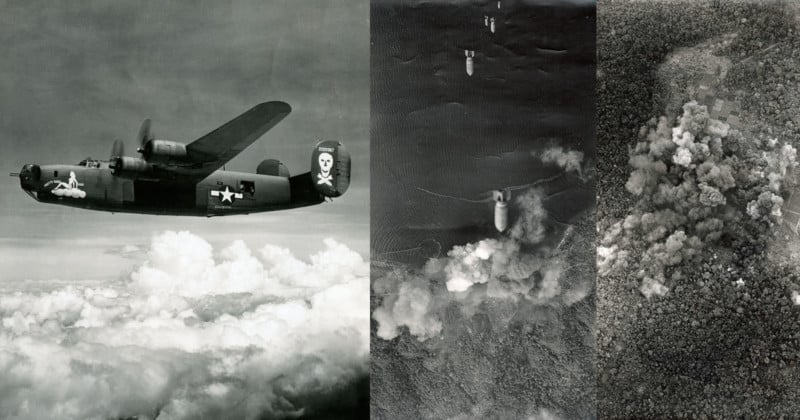 During World War II, the US Air Force used massive cameras to capture aerial photographs for the purposes of mapping and reconnaissance. The resulting photographs provide a fascinating look into what the war looked like for those who fought it from above.

This viral photo of an airman holding a massive 75-pound Fairchild K-17 camera has been making the rounds on the Internet in recent times:

After seeing this photo online, Allen Hentscher shared how his grandfather had used a similar camera to shoot photos from an open B-24 bomber in the Pacific.

“My grandpa was a waist gunner and photographer in a B-24 in the Pacific during WW2,” Hentscher writes. “He said they would stand in the open bomb bay and hold the camera while taking pics and hand winding it to take another photo.”

Allen’s grandfather, Staff Sargeant Daniel F. Hentscher of the 321st Bombs Away Squadron in the 90th Bomb Group, passed several of his huge prints down to Allen.

“My dad and grandpa said it was a self-winding camera almost as big as grandpa and he would have to brace himself and the camera in the open bomb bay to get some of these photos,” Allen says. “I was also led to believe there was an auto-wind mechanism/attachment that could be used with the camera but for whatever reason they didn’t like to hand those out so grandpa only used that once and got in trouble because he didn’t have permission to use it.

“They found out because he had a lot more pics of the bombing area than a self winder would be able to get.”

“If you look closely at some [of the photos], you will see the Japanese airplanes tucked into the trees to try and hide them,” Allen tells PetaPixel.

“The photos are still in the original metal container he shipped them to my grandma [in] during the war with all the censor approval stickers on it,” Allen says.

Allen had a local company digitize the prints in high quality for the sake of preservation. 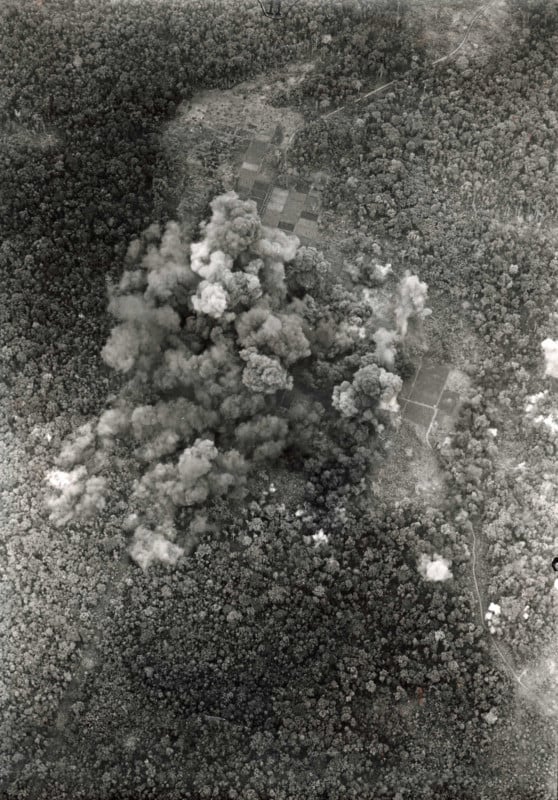 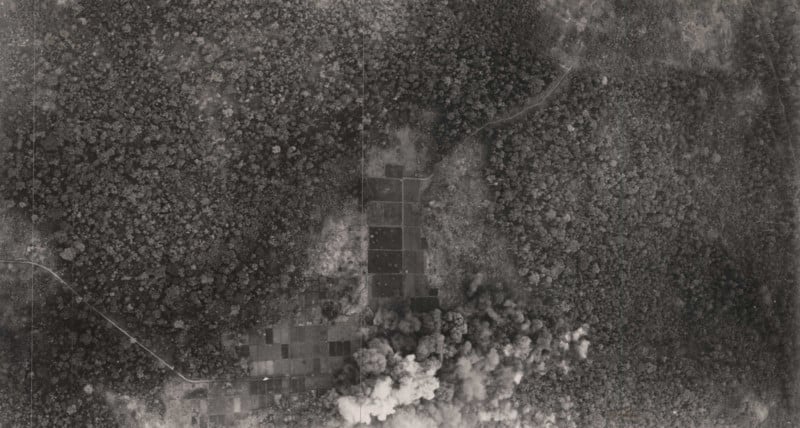 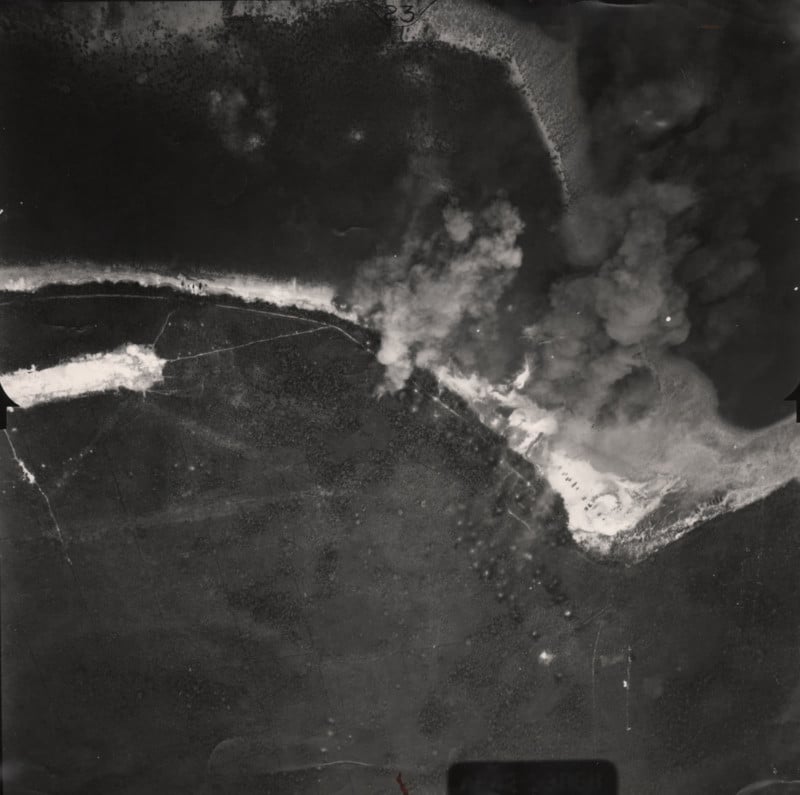 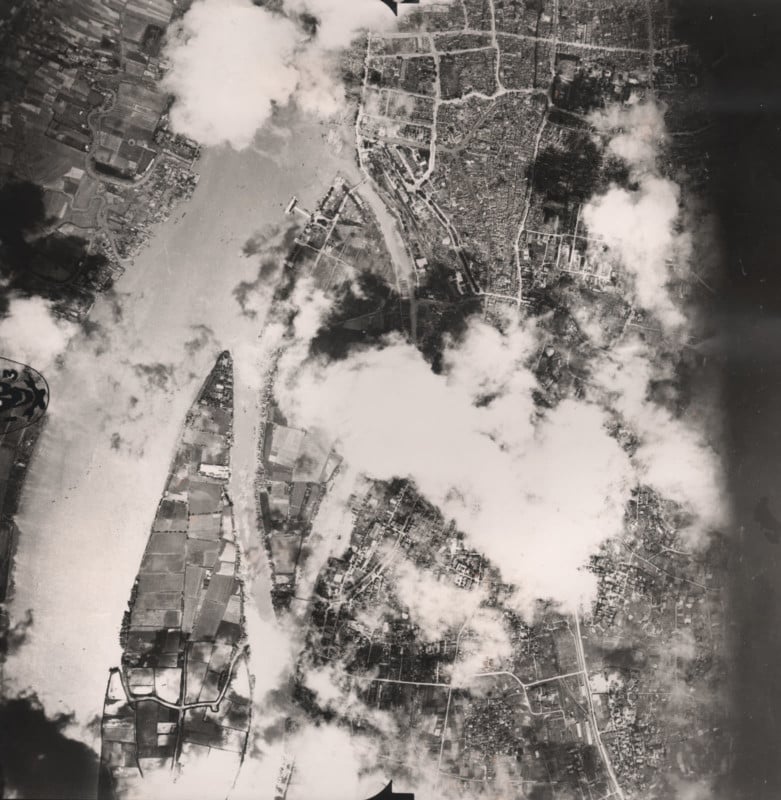 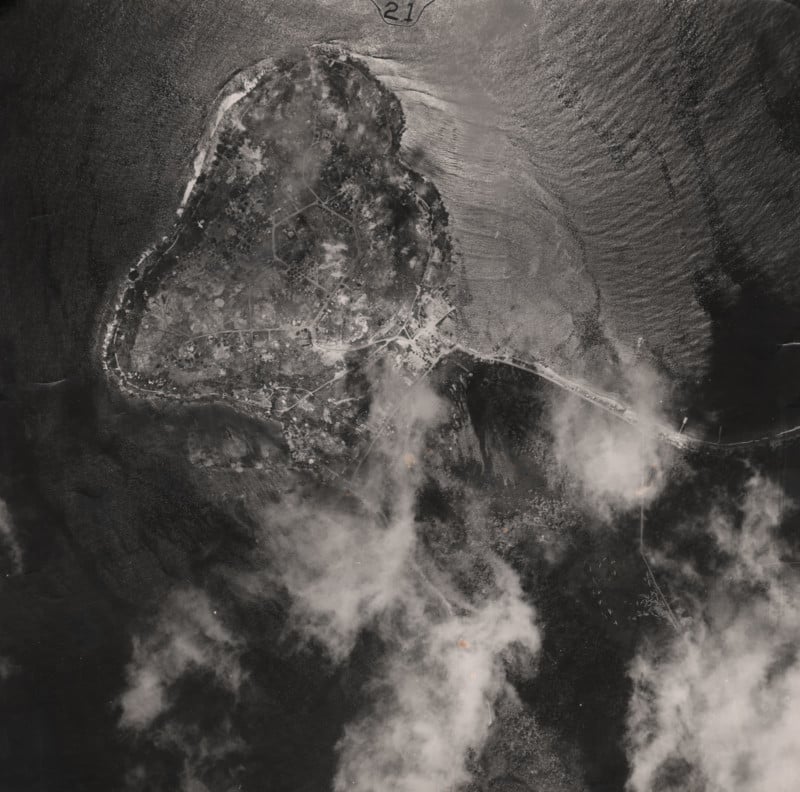 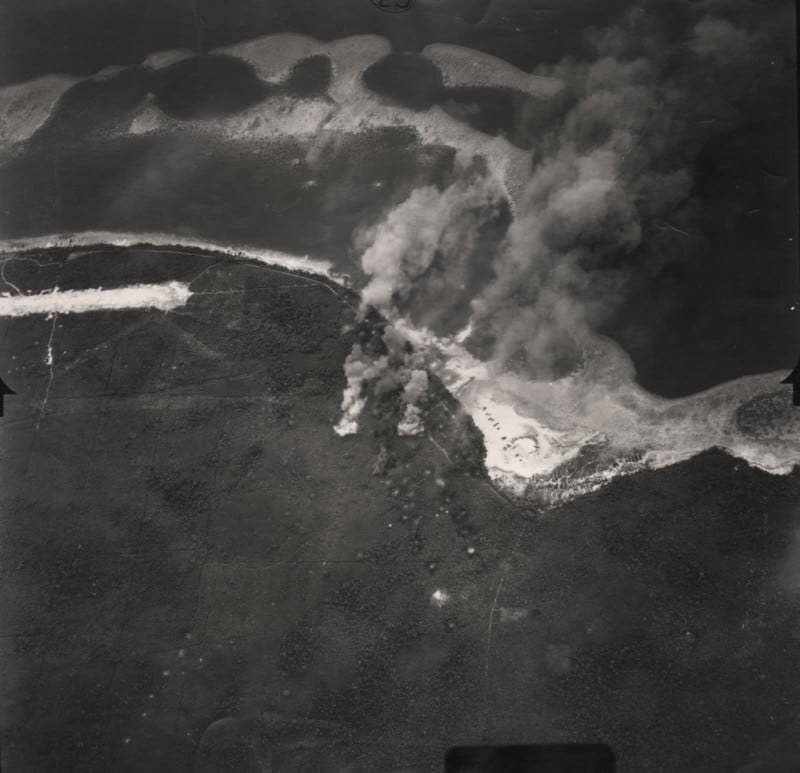 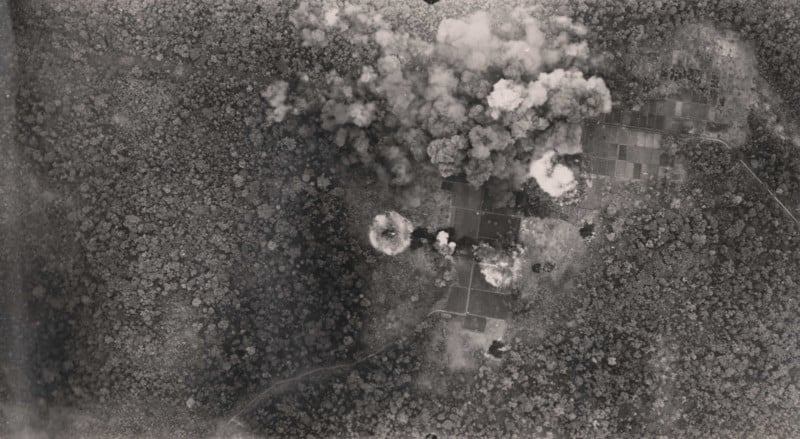 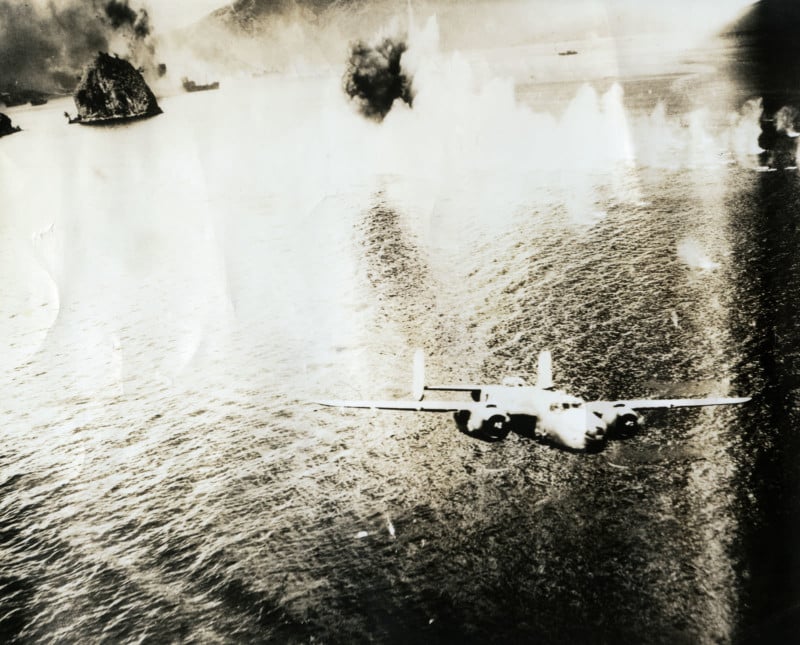 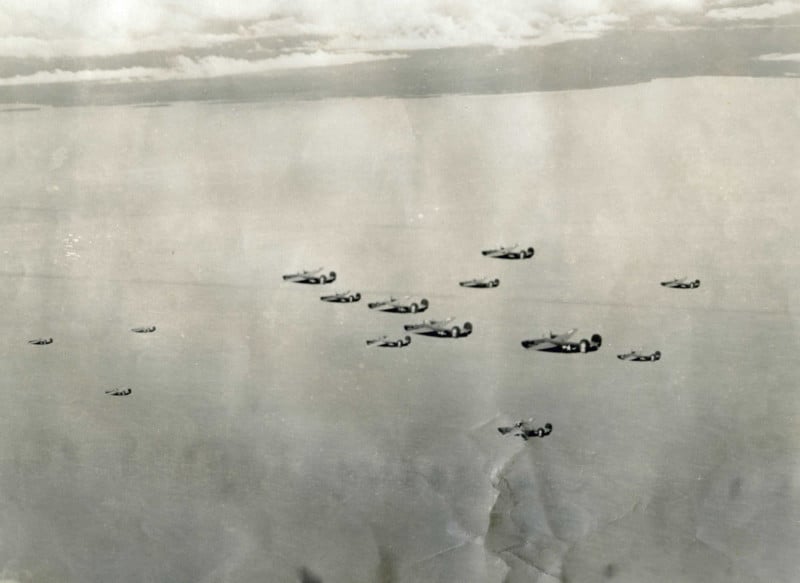 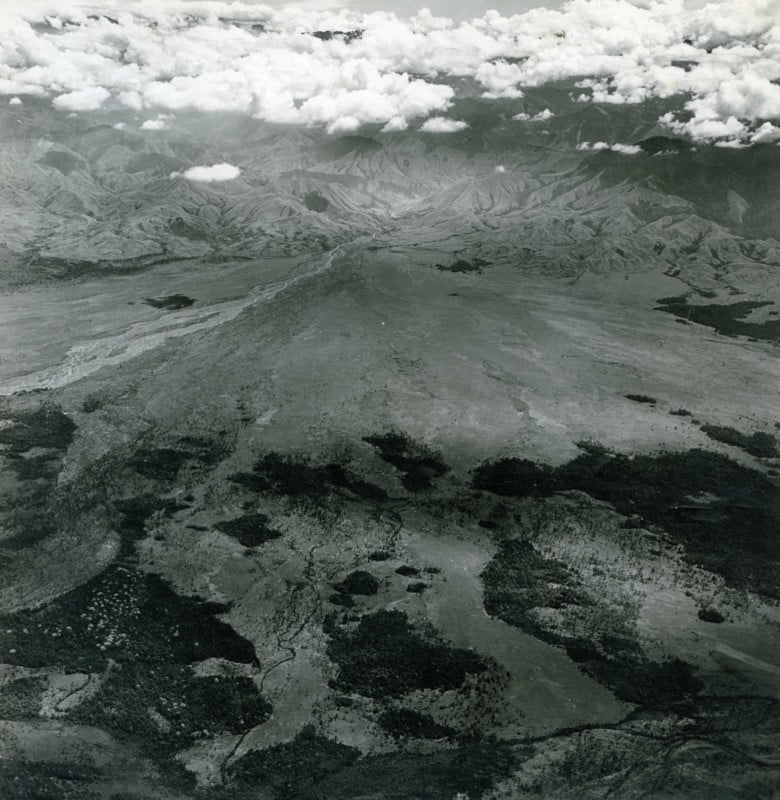 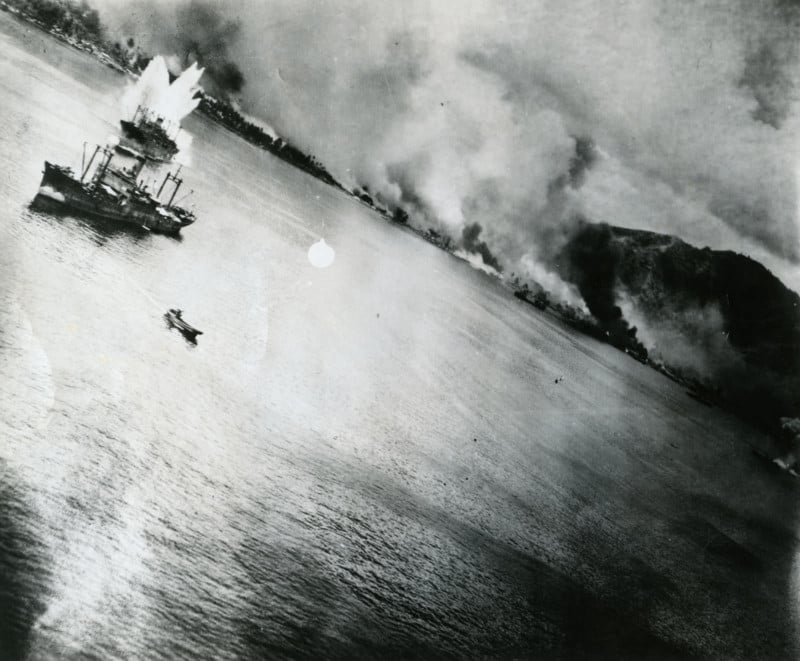 After flying 240 combat hours as photographer and waist gunner in 35 missions, Staff Sargeant Daniel F. Hentscher’s plane was shot down on July 31st, 1944. Daniel was one of three survivors from the crew of ten, and he was awarded the Purple Heart — you can read his account of the terrifying experience here.

What Can it Mean to Truly Collaborate as a Photography Collective?