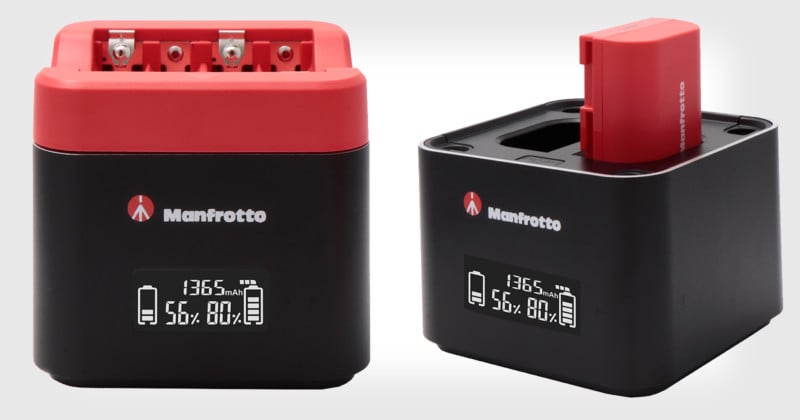 Earlier this morning, Manfrotto unveiled its first ever range of batteries and battery chargers. The new lineup includes a set of rugged batteries for Nikon and Canon, as well as a line of dual-battery “ProCUBE” chargers for Nikon, Canon, and Sony, each of which can also charge 4 AA batteries.

Starting with the batteries, Manfrotto insists that these are not just the same old batteries with a different paint job. Available in Canon LP-E6N and Nikon EN-EL15 form factors, the batteries promise to deliver additional capacity, extra performance, and “ultimate reliability.

“The best UL approved cells have been carefully selected to ensure an extended life cycle, performance and safety,” says Manfrotto. “[And] each battery has been injected with silicone giving them a shock absorbing construction, superior circuit protection and additional electrical insulation. They are drop proof up to 9ft, so you know you can rely on them whatever environment you are in.” 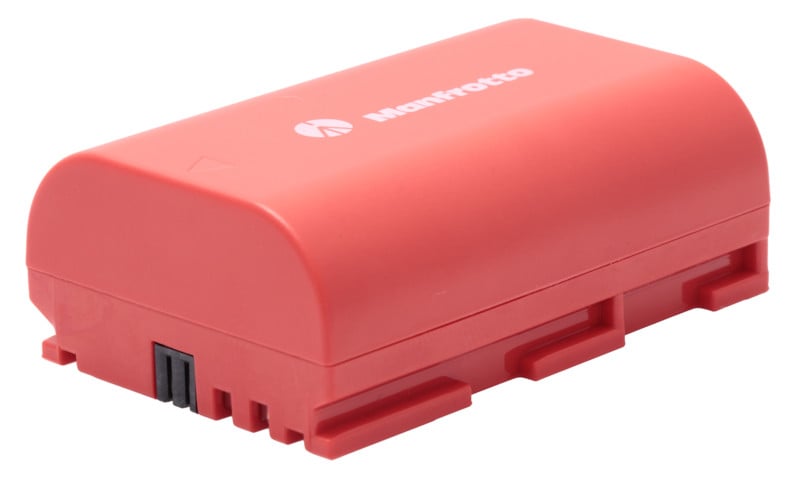 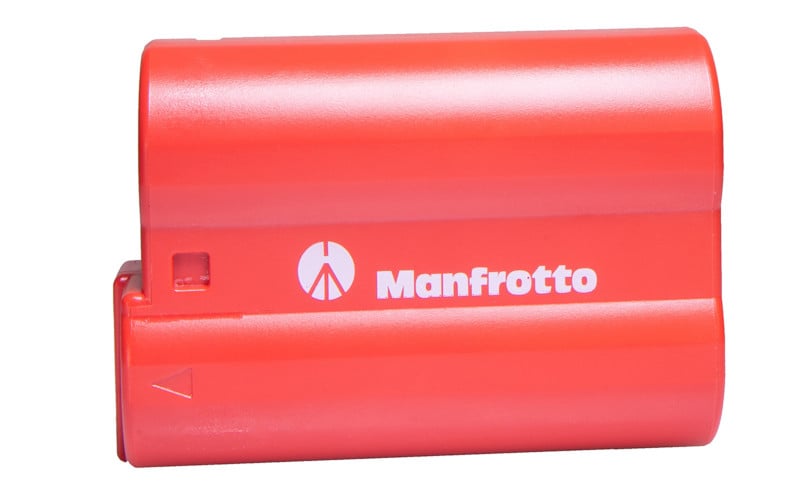 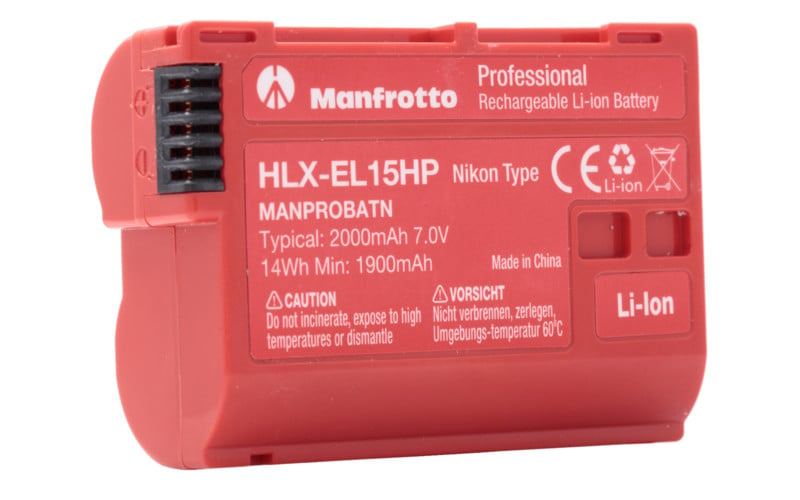 Moving on to the chargers, each ProCUBE serves a dual purpose: it can charge two camera batteries at once, or up to 4 AA batteries via a magnetic attachment.

“[Each ProCUBE] features a sturdy metal shell and interchangeable plates that each accept a pair of batteries as well as a plate for charging four AA batteries,” explains Manfrotto. “The battery holders simply clip into place, whilst the AA plate fixes magnetically onto the top of the unit.”

The chargers also feature an LCD display that shows the charging status of each battery, a “battery health check” that Manfrotto does not explain further, and a USB Power Source and Car Charging cable in the box so that you can continue charging your batteries on the go. As a bonus, they include plug adapters for US, Euro, and UK outlets. 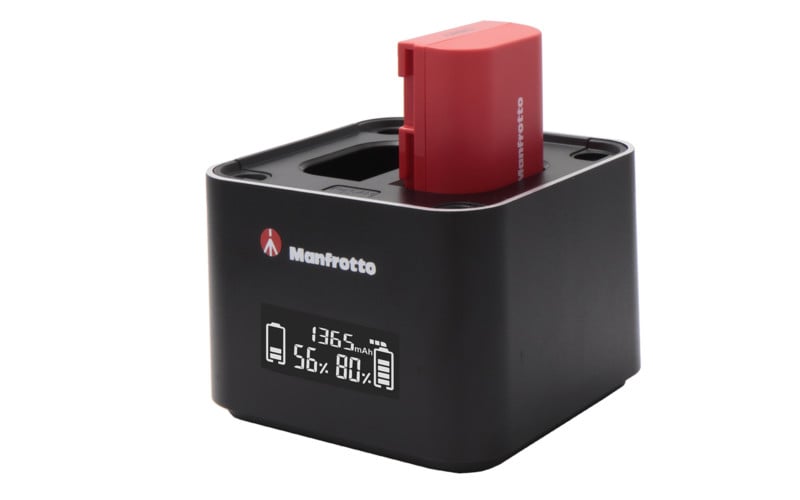 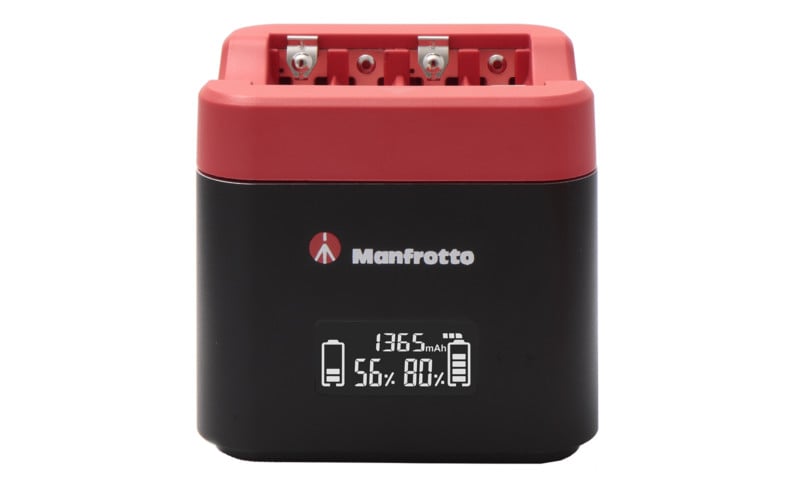 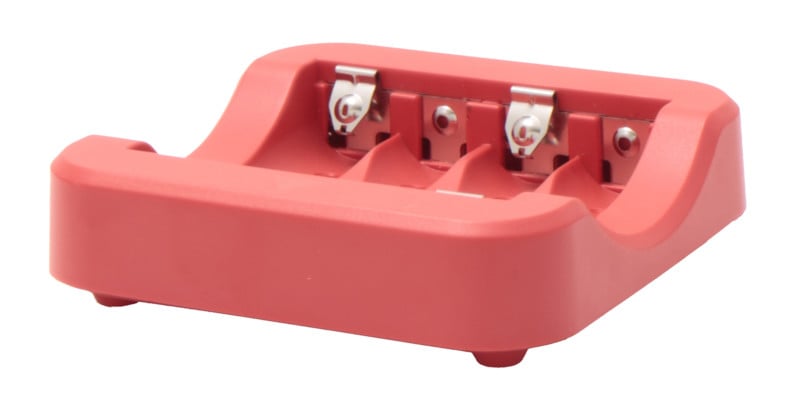 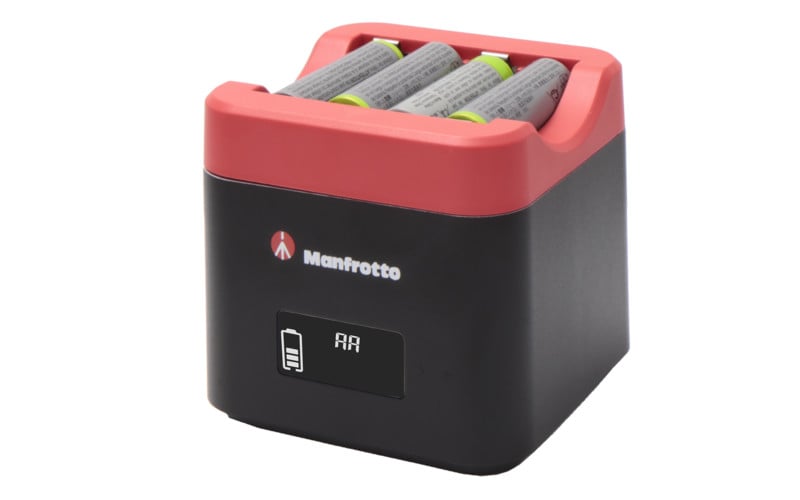 The new lineup is exclusive to the US for now, but given enough interest we could definitely see these expanding beyond the States—assuming they’re not already rebranded versions of another Vitec product… let us know in the comments.

To learn more, head over to the Manfrotto website where you can pick up the Nikon and Canon batteries for $50 each, or any of the ProCUBE chargers for $80 each.