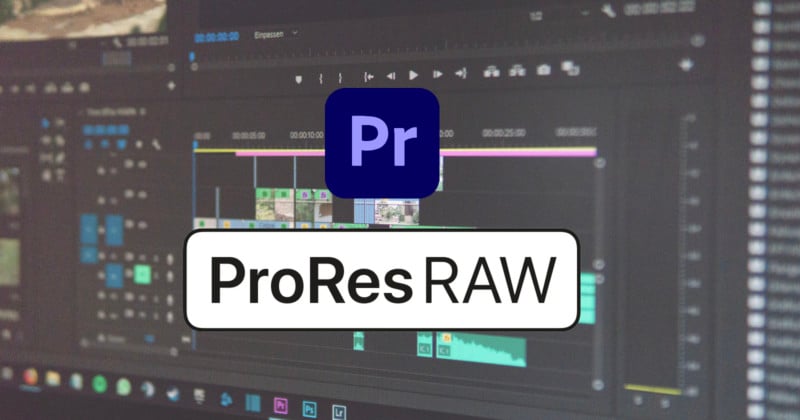 As part of its massive batch of MAX announcements, Adobe has included a much-needed update feature into Premiere Pro: the ability to natively decode ProRes RAW.

According to DPReview, the ability to decode ProRes RAW in Premiere was selectively available earlier this year, but only for Windows machines running Nvidia GPUs. With this update, that restriction is lifted, and any machine – either macOS or Windows – running the latest version of Premiere Pro will be able to edit ProRes RAW video natively.

Specifically, on macOS, users will need to be running macOS Catalina 10.15 or later, or macOS Mojave 10.14.5 or later.

On Windows machines, system requirements include an NVIDIA, AMD or Intel Display card with the latest drivers, 4GB or more video memory recommended for Nvidia and AMD GPU cards, and the latest ProRes RAW Decoder from Apple.

You can read the full list of system requirements here.

The support is not just limited to Premiere. ProRes RAW import is supported on After Effects, Media Encoder, and Rush.

It should be noted that the support isn’t as extensive as what can be found in Apple’s Final Cut Pro X. Full control of ISO and White Balance settings are not available as they are in the Apple editing platform, but you will be able to access Exposure and ColorSpace (this feature is not included with Rush, but can be accessed in After Effects, Media Encoder, and Premiere).