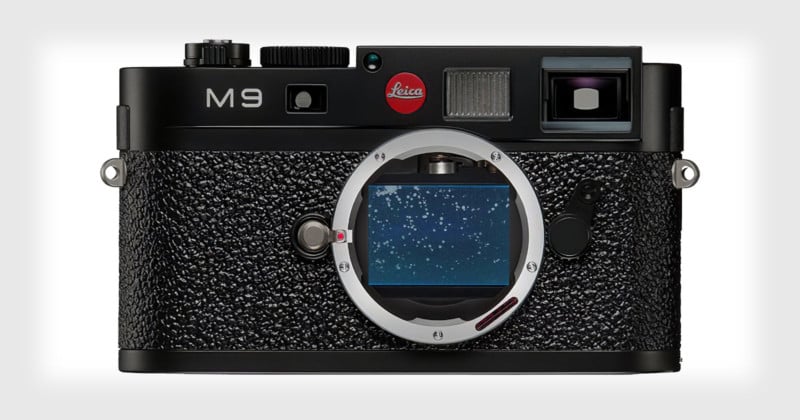 Leica recently discontinued its replacement service for M9 cameras afflicted by the widespread “sensor corrosion” issue that surfaced back in 2014. Now a new report claims that it wasn’t “damaged” coatings that caused the corrosion, but the fact that protective coatings were inexplicably left out completely.


LDP LLC, a camera conversion and repair business based in New Jersey, opened up a Leica M9 rendered unusable by “corrosion” and was surprised at what it found after taking a close look at the sensor.

Inside the camera was an 18-megapixel Kodak full-frame CCD sensor. Covering the image sensor itself is an IR Cut Filter (ICF) which also serves as the coverglass.

“Typically, the ICF is a separate piece of glass held in front of the clear sensor coverglass,” writes Dan Llewellyn, president of LDP LLC. “I don’t know if Kodak did that to lower costs or perhaps increase optical performance since every piece of glass light has to go through degrades the image somewhat.”

“It used to be that if you scratched the ICF, you could send the camera in, and they would replace just the ICF leaving the original sensor in the camera,” Llewellyn says. “Now, perhaps because of the higher resolutions and the difficulty of getting the glass really clean, the manufacturers force you to buy a new sensor with the ICF already attached.”

Llewellyn had never seen a sensor itself corrode in the manner Leica photographers were experiencing, so he decided to dig deeper into what was actually going on.

“Because Kodak liked to epoxy the ICF to the ceramic chip as the coverglass, maybe Leica couldn’t just change the ICF,” Llewellyn says. “One theory I thought of was that perhaps there were pinholes in the vapor deposition metallic coatings that are applied to the ICF. Maybe those pinholes where oxidizing over time, but that is still a curious thing because coatings don’t do that (at least I haven’t seen it).”

After finding a good condition Leica M9 with a horrible condition sensor, Llewellyn extracted the CCD and put it under a microscope.

Llewellyn then used a synthetic sapphire 1 micron polish and was able to polish off most of the corrosion from the ICF. But then he found that the surface was actually pitted from oxidation, something he had never seen before. 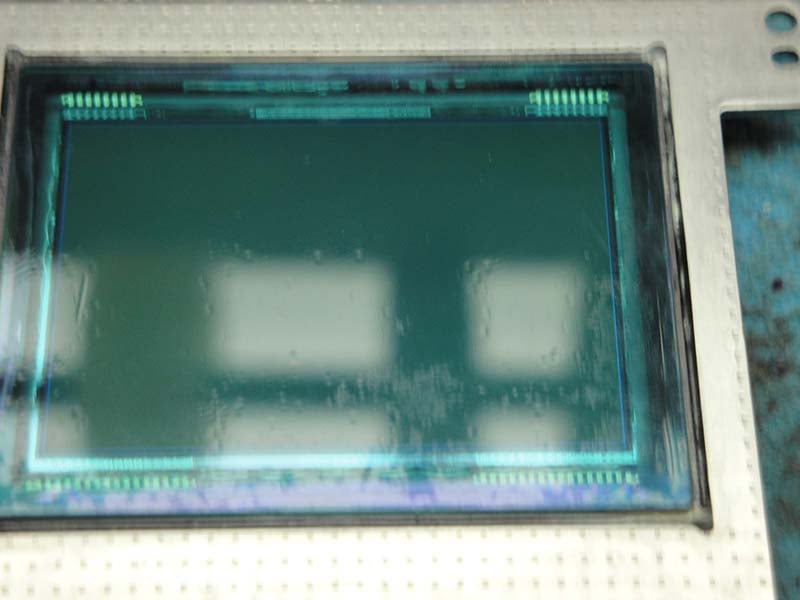 Next, Llewellyn carefully removed the ICF/coverglass from the CCD sensor and used a spectrometer to analyze it. This is when he got his biggest surprise.

“What I found was a filter that extended down to 300nm,” Llewellyn writes. “That filter doesn’t have coatings! […] Leica / Kodak used an uncoated Schott BG type glass! The coatings seal the glass. Somebody really screwed up.

“All those BG and UG types of glasses are susceptible to oxidization. Variable include time, temperature, humidity, ozone, and even the particular glass melt, but you would never put uncoated BG or UG glass in a camera and not think that one day you are going to have a problem. That Leica / Kodak would do that boggles the mind.”

Here’s what Leica said about the corrosion back in 2014 after doing its own investigation:

The sensors are equipped with a specially coated IR filter cover glass to ensure optimum imaging performance. Should this coating layer be damaged, corrosion effects that alter the filter surface may begin to appear after several years.

Llewellyn’s conclusion is that the “corrosion” Leica claims is due to a damaged coating layer is actually due to oxidation from having no coatings.

“Not ‘corrosion’; that’s oxidization caused by a lack of protective coatings,” Llewellyn says. “Stupid, stupid, stupid. Now maybe they later started adding coatings that later became defective, but at least for my camera (with the serial number handwritten inside of 66,643), the defect was caused by using unprotected glass.”

After the sensor corrosion issue made headlines, Leica offered free replacements of defective sensors for a time before it began charging $1,600 to do the replacement. On Semi recently decided to exit the CCD business entirely, forcing Leica to discontinue the M9 sensor replacement program last month and begin offering customers with flawed M9s credit toward a new camera instead.

If you’re in love with your “corroded” M9, however, and want to see it brought back to health, LDP LLC is now offering to replace your oxidation-damaged ICF with a new properly-coated ICF for a fee of $1,500.

Update on 9/24/20: Leica has shared the following rebuttal of Llewellyn’s findings and main points: