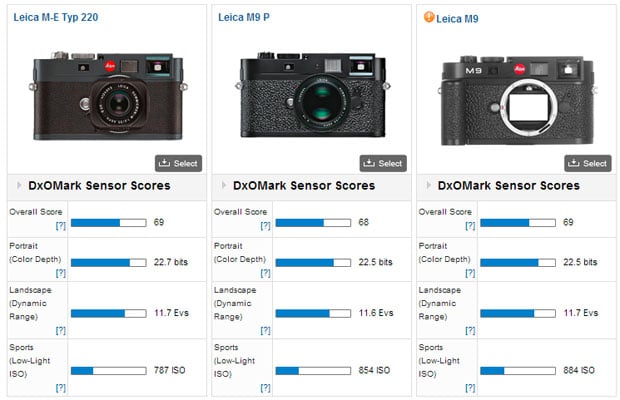 If you’re a fan of Leica’s digital rangefinders and have been skeptical of DxOMark’s ability to determine sensor quality through its rigorous tests, you might want to skip over the lab’s newly published test results on Leica’s M series sensors.

Leica’s new M Type 240 will be hitting store shelves soon, and will be equipped with a new CMOS sensor. It’s a notable break from the CCD sensors that Leica has stuck in its digital M cameras since the M8 was announced back in 2006.

As Leica aficionados await the new cameras and their new sensors, DxOMark decided to put Leica’s previous generation of sensors through its sensor tests for the first time. The gear testing lab tested three M9 generation cameras: the M9, the M9-P, and the M-E Type 220.

The results have many people scratching their heads. DxOMark found that the highly regarded cameras are inferior in image quality to CMOS-powered cameras on the market. 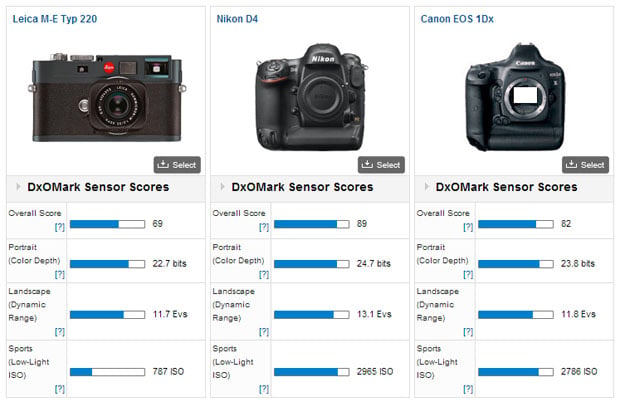 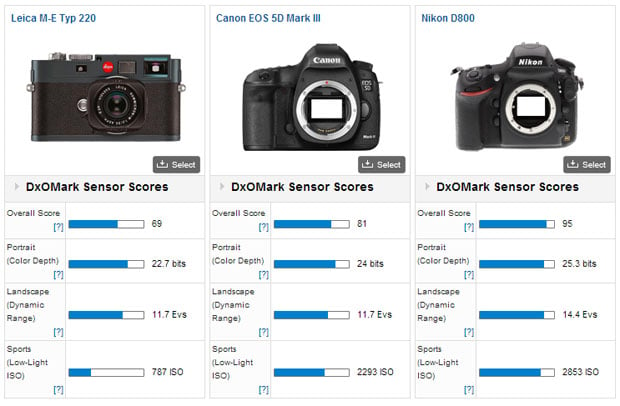 And not just the highest-end DSLRs, mind you, but even Micro Four Thirds cameras! 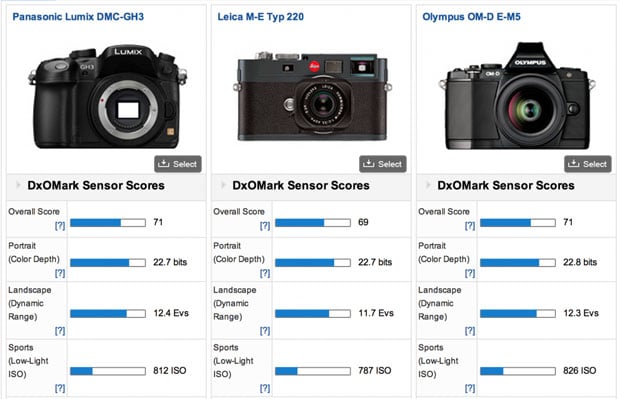 In its conclusion and summary of the tests, DxOMark reports that “CCD Sensors just aren’t as good as the latest CMOS offerings“:

In fact, with a DxOMark Overall Score of 68, or 69 for the Leica M9, M9-P and ME Type 220, these cameras offer the worst image quality DxOMark have tested on a full frame sensor, with the exception of the 10-year-old Canon EOS 1Ds.

No doubt Leica enthusiasts will assert we’re comparing apples and pears, and the advantages the Leica M System offers in terms of simple control, portability and discretion, as well as first class engineering, are more important.

“Worst image quality”… Those are some pretty harsh words, and have some Leica sites filing these test results under the “Humor” category.

DxOMark writes that while their tests do not account for the quality of Leica glass and other features of the cameras, there appears to be a “gulf in image quality” between Leica’s CCD sensors and other CMOS sensors on the market, particularly at higher ISOs.

The lab is now waiting to see whether Leica’s new transition into the CMOS game will “address this problem and [put] Leica back in the digital game.”

Leica M9, M9-P and M-E Type 220 – Ahead of the new Leica M we round up the DxOMark Scores of its predecessors [DxOMark]

Is There a ‘Constitution-Free’ Zone Where Cameras Can Be Seized Without Cause?