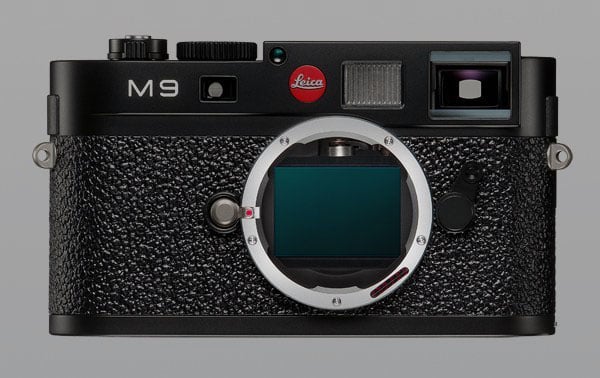 Leica is acknowledging that there is a “sensor corrosion” issue that potentially affects photographers who use its M-series digital rangefinders. The problem shows up as white spots in photographs that cannot be removed by a traditional cleaning of the sensor.

This new “CCDGate scandal” was first reported by La Vida Leica, and was apparently reported by photographers online as far back as 2010.

The issue is potentially present in any M9, M9-P, M-E, and M Monochrom — as well as special editions based on those camera bodies — since those cameras all contain sensors (KAF-18500) covered by a particular glass (Schott S8612). The problem doesn’t affect older (e.g. M8) or newer cameras (e.g. the current M Type 240) that contain different sensors and cover glass.

So how do you figure out if your camera is affected? Take a picture of the sky with the lens stopped down to around f/11 to f/16 (as if you’re checking for dust on your sensor). If you see anything resembling these photos gathered by La Vida Leica, you are likely stricken with sensor corrosion: 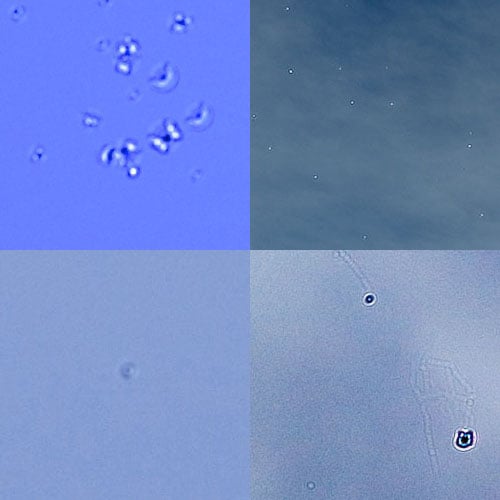 As you can see, the issue shows up as white spots that look quite different from the darker spots you’d see if the issue were simply dust or oil.

On November 14 of this year, Leica officially acknowledged the issue in a forum post and promised that Leica will replace corroded sensors for free if the camera is sent in within three years of its purchase date (a value of €1,800). If your camera was purchased more than 3 years ago, Leica is offering sensor replacements at a fee based on the age of your camera (e.g. €600 for 4-5 year old cameras, up to €1,500 for cameras older than 8 years).

The story has since spread far and wide on the Web, and today Leica put up a new page on its website with a new explanation and a better replacement policy. Repairs will now be offered for free regardless of the age of the camera as a “goodwill arrangement”:

Leica offers a free replacement service for the CCD sensors of cameras affected by this problem as a goodwill arrangement. This goodwill arrangement applies regardless of the age of the camera and also covers sensors that have already been replaced in the past. Customers who have already been charged for the replacement of a sensor affected by this problem will receive a refund.

The company also says that they have figured out the root cause of the issue and are working on a “permanent solution”:

The sensors are equipped with a specially coated IR filter cover glass to ensure optimum imaging performance. Should this coating layer be damaged, corrosion effects that alter the filter surface may begin to appear after several years.

A caveat though: Leica’s free repairs will use the exact same CCD sensor as the ones shipped with the original cameras, so the company cannot promise that the sensor won’t corrode after repair, but the company will likely offer the same type of replacement if the issue pops up again in your camera in the future.