Photographer and YouTuber George Muncey of Negative Feedback recently set out on an ill-fated adventure in film scanning. He went out and bought the cheapest 35mm film scanner he could find online—the DIGITNOW! 135, which costs a whopping $60 on Amazon—and tried it out so that you don’t have to.

There’s not a lot of introduction required here. Muncey went on Amazon, found the cheapest 35mm film scanner money could buy, and put it to the test to see if it even approached “good enough.”

The point was to see if this is a viable option for someone who is just getting into film photography and doesn’t have much money to spend on a scanner or getting film professionally scanned. And if you’re looking to get the cheapest 35mm film scanner that pops up when you do a quick search, this is it (note, the picture shows the US model): 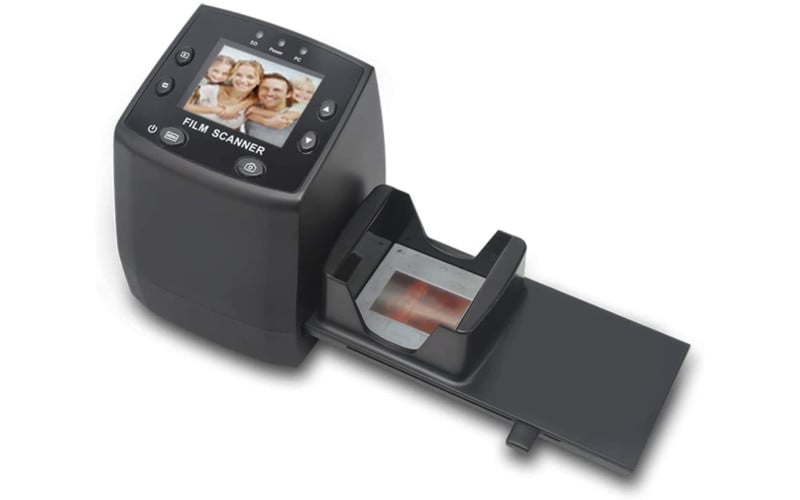 You should watch the video to see how it went, but we won’t keep you in suspense: the scans did not turn out well. In fact, as Muncey puts it:

The scans look like they were photos taken on an early 2000s camera phone, definitely not a nice film camera. And if you can get past the rather shocking quality, there’s a lot more waiting for you…

There’s some lovely color inaccuracy. None of these photos look how they were meant to. And if you can get past that, there’s dust… and a lot of it. There’s almost more [dust] than image.

Muncey describes the results as “potato quality,” and while the black-and-white film scans avoided the pitfall of color inaccuracy, they were still chock full of dust and scanned at such poor quality that it’s really just not worth it. Long story short: do yourself a favor and pick something up that’s at least a little bit nicer.

Check out the full video up top to watch Muncey suffer a little bit trying to set up and use this scanner, and if you haven’t gotten enough by the end, check out the followup video he published a few days ago where he buys the cheapest 35mm film camera on the Internet: