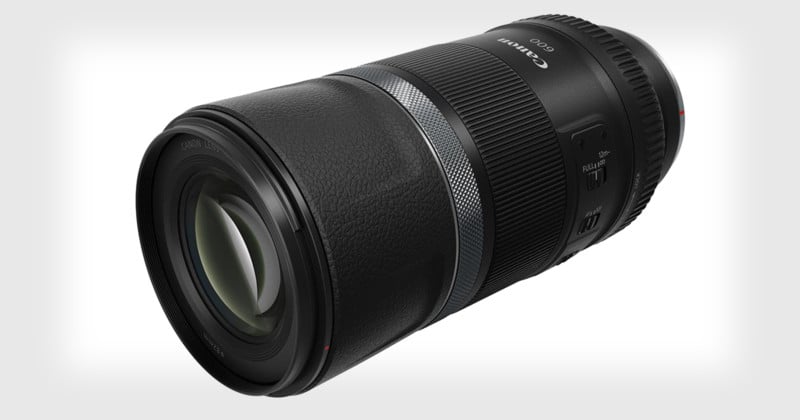 The good people at Lensrentals are at it again. Using a combination of tools, expertise, and sheer moxie, they’ve broken into one of the most interesting lenses to be released by Canon in recent memory: the fixed-aperture RF 600mm f/11 IS STM.

When rumors first surfaced that Canon would release a 600mm f/11 and 800mm f/11, many readers were skeptical that these lenses were real. But real they were, and they’ve been generally well-received since they hit the scene. While they’re not going to win any awards for optical excellence, they’re affordable and they get the job done…

Still, the question remains: what corners did Canon cut in order to create these interesting optics? Is it just that fixed aperture, or are these lenses flimsy or weirdly built on the inside? Fortunately, Roger Cicala at Lensrentals decided to crack open an RF 600mm f/11 IS STM and find out.

You can read the full teardown at this link—which includes a quick explanation of the gapless Diffractive Optics Canon used to make 2lbd, 600mm lens possible without breaking the laws of physics—but we’ll hit on a few of the key discoveries below.

First and foremost, while the optical construction isn’t super complicated (i.e. “lots of air”) this non-weather sealed lens is actually complex to take apart… which means it will be difficult to fix when things go wrong. On the bright side, it seems that Canon has done a lot to keep the lens rigid and sturdy, despite the largely plastic construction.

Large metal guides are used to keep the extension mechanism rigid, and Canon seems to use an abundance of screws to reinforce the lens anywhere plastic meets plastic.

Additionally, the lens is electronically quite complex. As they were taking it apart, Roger had to break out the alcohol and heat gun time and again in order to try and remove the maze of flexes that run all the way from the mount down to the end of the lens barrel. Again: the lens more complex than you might think. 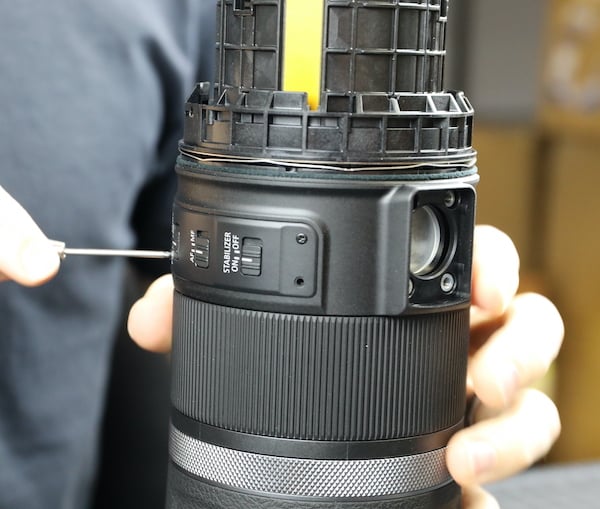 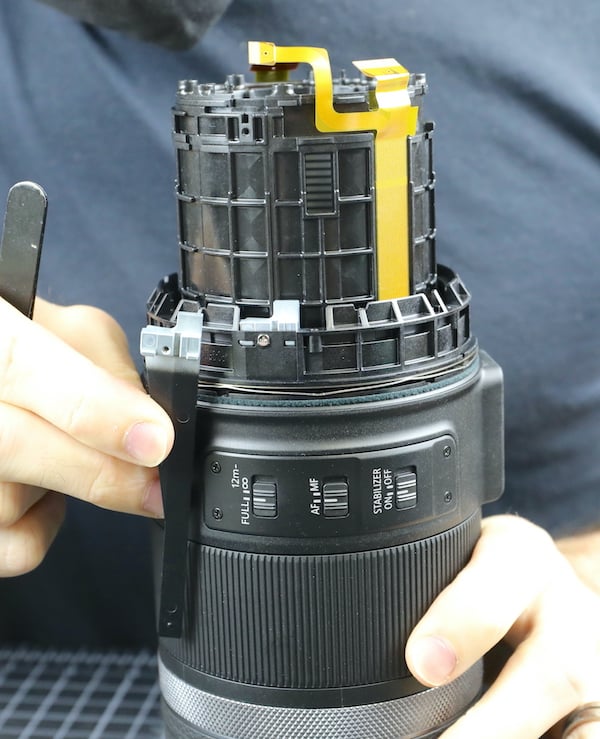 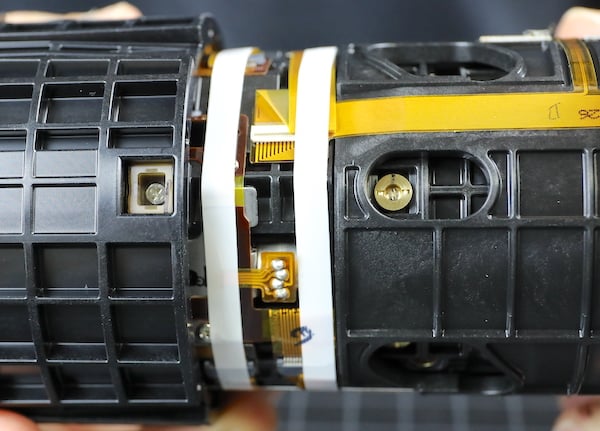 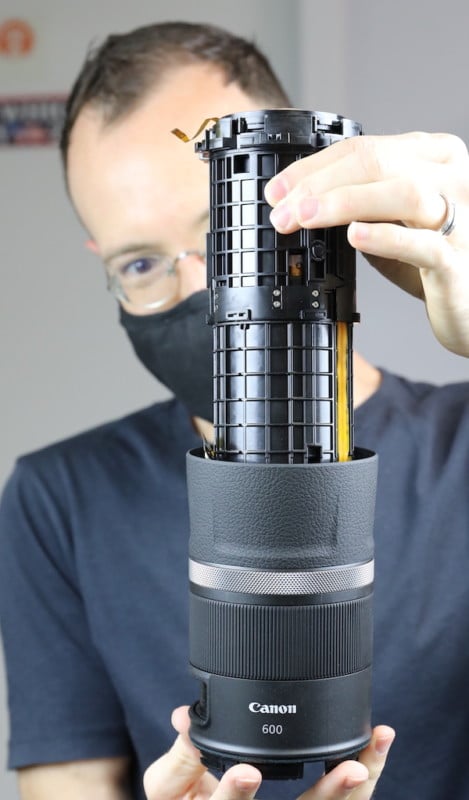 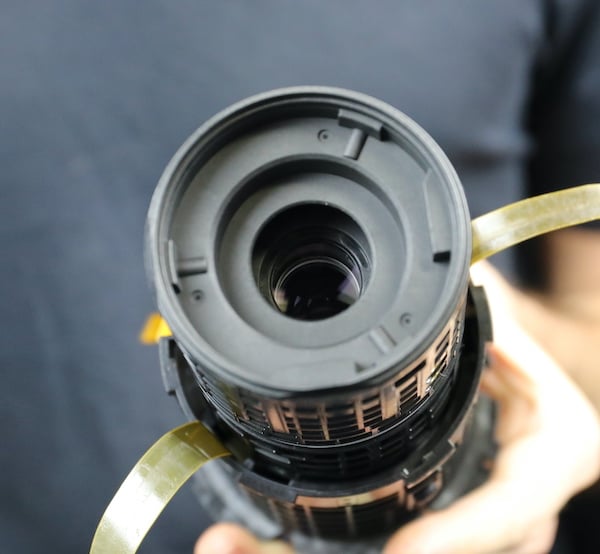 But the main find is described by Roger in the conclusion, and if you’re not looking for it you might miss it. It seems Canon is doing some fancy, automatic adjustment of the lens during assembly—something nobody else is doing.

We’d found the electronic construction was complex for a Canon lens, or at least very different. The optical construction in the core has a very Canon look, with numerous optical adjustments/compensations using their new, large eccentric collars. I remain convinced this is because Canon is making automated optical adjustment of subgroups during assembly. Nobody else is adjusting to this degree or in this manner.

To read the full teardown, learn more about how this lens works, and find out why Roger and the Lensrentals team have no intention of trying to fix these lenses in-house when anything other than the filter ring breaks, head over to the Lensrentals blog.

Image credits: All photos courtesy of Lensrentals, used with permission.

Adorama is Offering 10X Points on Sony Gear Through 8/31