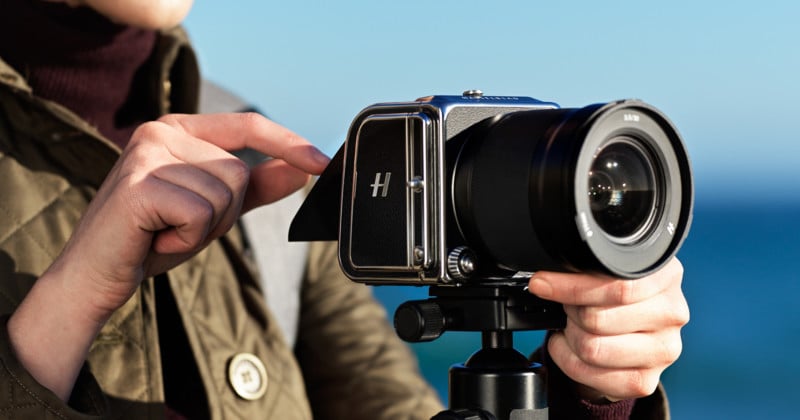 More than a year after announcing the thing in June of 2019, Hasselblad is finally ready to start selling and shipping the 907X 50C: a (relatively) compact medium format system that combines the CFV II 50C V System digital back with the smallest medium format body Hasselblad has ever made.

Since it was announced last year, the only way to pick up a 907X 50C was by purchasing the special edition, matte-black moon landing version for $7,500. Fortunately, that’s no longer required, and you can now pick up the regular version for more than $1,000 less.

As a reminder, the 907X 50C is made up of the CFV II 50C digital back and the tiny 907X camera body, which can be better described as a detachable X System lens mount. The CFV II 50C is compatible with most V System cameras from 1957 and onwards, while the 907X body creates a compact package that can be used with the same XCD lenses as the mirrorless medium format X1D and X1D II.

Here’s a video intro to both of the main components of the 907X 50C:

And a closer look at the camera and kit: 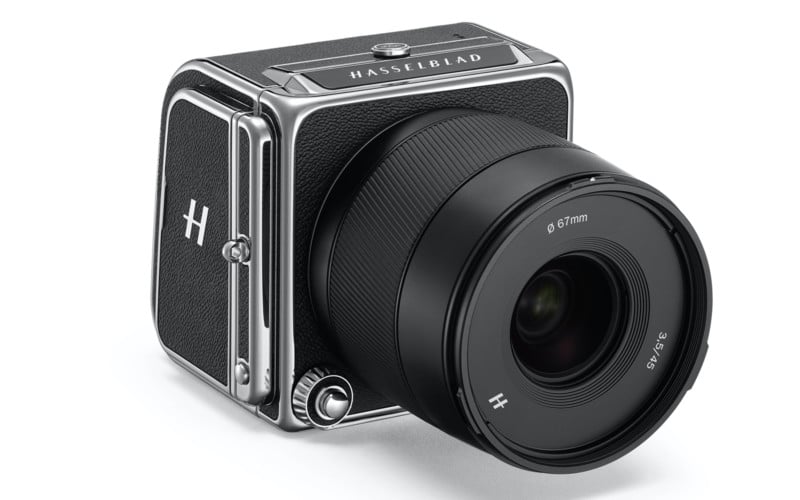 Additionally, you can kit out the diminutive package by attaching a “control grip” and optical viewfinder, which can both be purchased separately. Together these will set you back an extra ~$1,200, but they should make the whole system a bit easier to handle. To find out more, or if you have 6 to 8 grand burning a hole in your pocket, check out our original launch coverage or head over to the Hasselblad website.