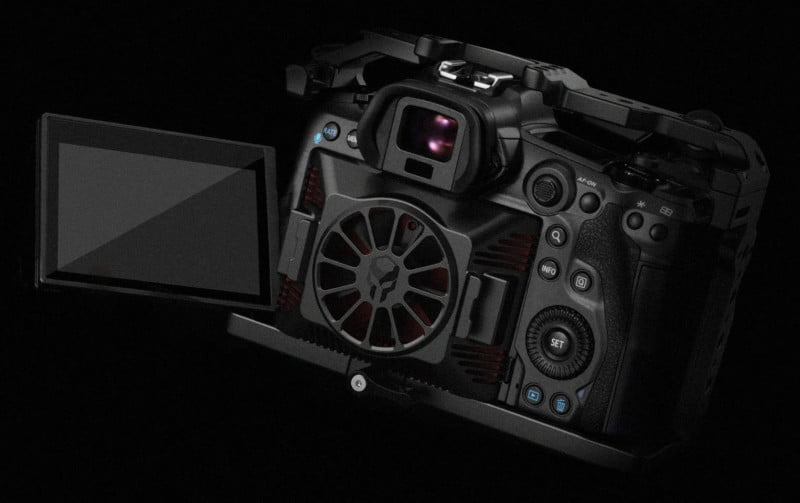 Canon’s new R5 mirrorless camera is reportedly prone to overheating during video recording, and Canon says it went with passive rather than active internal cooling to keep the camera small and light. If bulk is no issue, though, Tilta is coming to the rescue with a fancy new cooling module.

The camera accessory company just announced the add-on for the Canon R5 that aims to extend recording times by actively cooling the camera from the outside of the body. 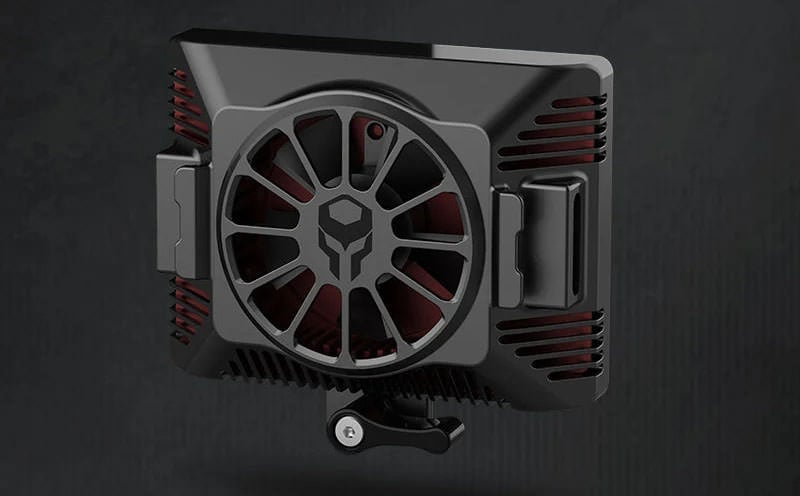 It’s a module that’s easily installed by attaching it to the flat space on the back of the camera that’s exposed once the LCD screen is tilted out of the way. 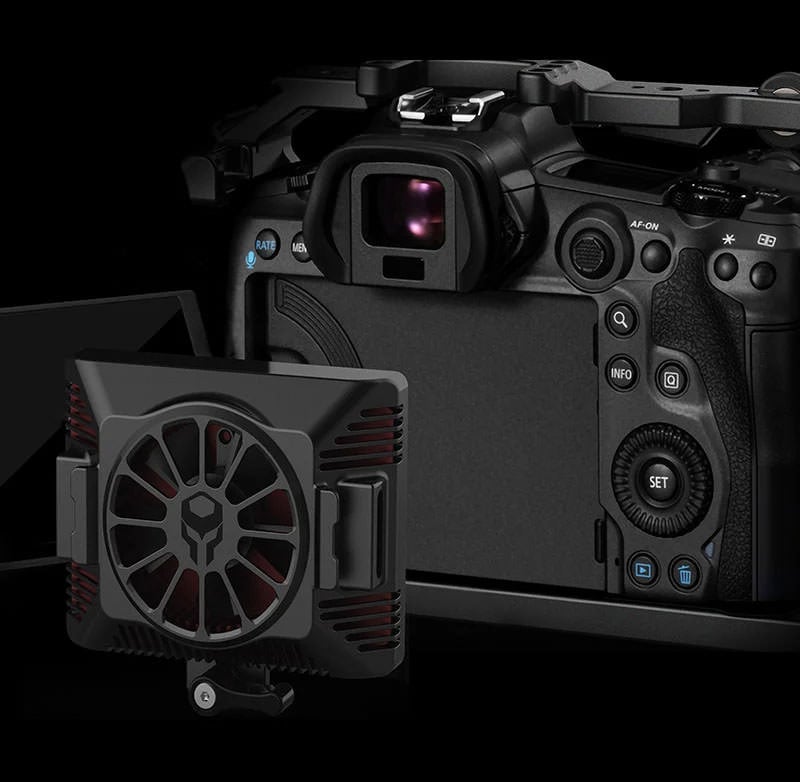 The 6oz (.17kg) module is made up of a 7-bladed fan that spins at 6200 RPM (with a noise level of 34dB), heat sink, and temperature sensor. When the sensor detects that the camera is getting too hot, it will turn itself on to assist in maintaining lower temperatures while preventing moisture caused by overcooling. 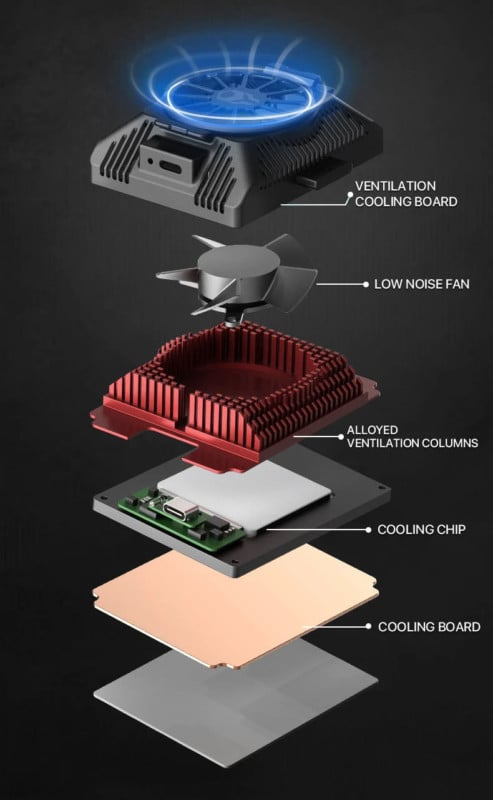 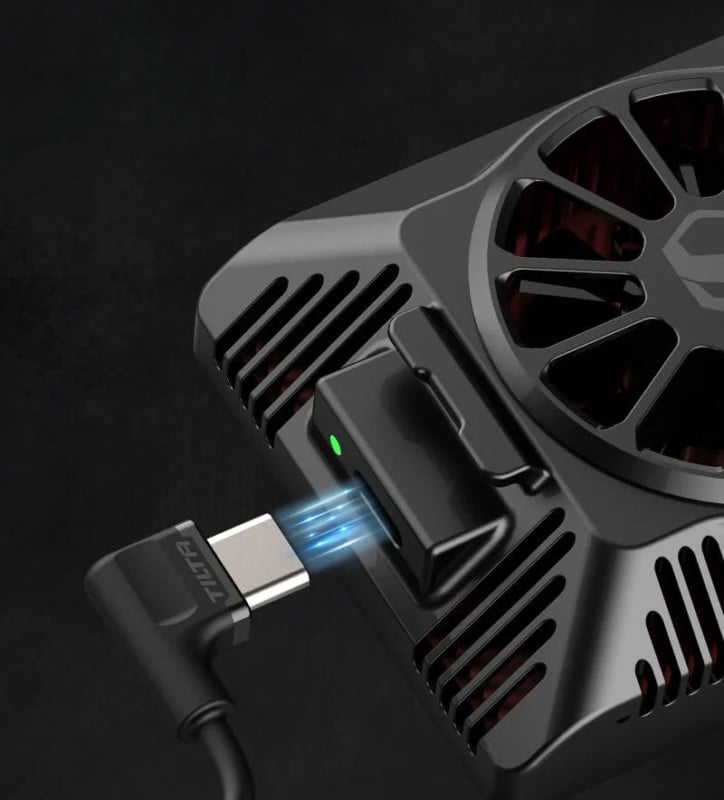 Pricing and availability of this cooling module have yet to be announced — Tilta says more info will be released “soon.”

Adobe Adds ‘Refine Edge’ Brush to Photoshop on the iPad

This is What Comet NEOWISE Looks Like from the ISS