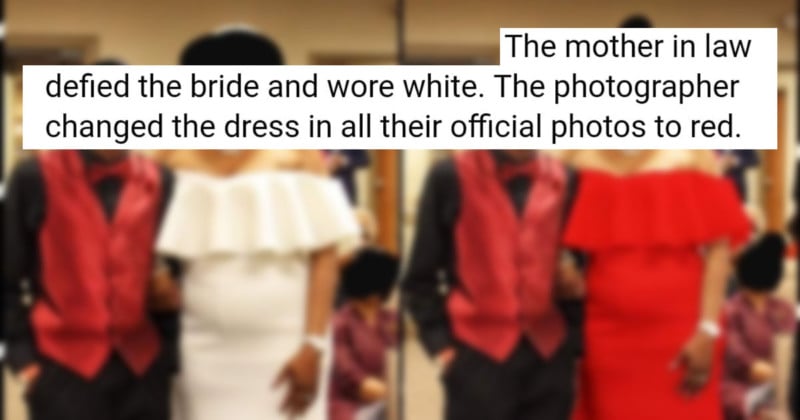 A wedding photographer is being roundly praised on social media after digitally dying the dress worn by the bride’s new mother-in-law. Apparently the groom’s mother wore a white gown, and the bride was having none of it.

The story popped up on the comical Facebook group “That’s It I’m Wedding Shaming,” where a user shared a side-by-side photo that purports to show how the photographer was asked to edit the mother in law’s dress from white to red in photos from the reception.

“The mother in law defied the bride and wore white,” wrote the original poster. “[So] the photographer changed the dress in all their official photos to red. Love it!”

While Photoshopping gets a bad rap these days, the reactions to this particular bit of photo editing were universally positive. “Best photographer ever,” writes one commenter. “I would totally hire that photographer!” said another.

When it comes to weddings, it’s well understood that anything goes as long as “it’s for the bride.” Up to and including retouching requests.