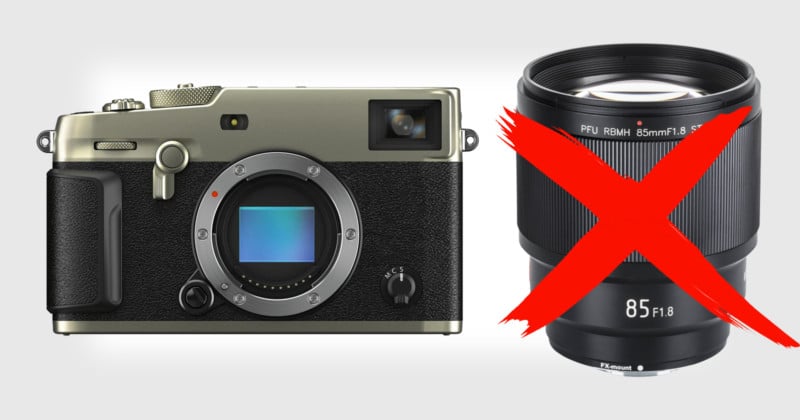 Earlier today, Viltrox released an official statement that “reminds” users of the Fuji X-Pro3 that three of Viltrox’ X-Mount lenses can actually cause damage to your camera body, and should be avoided.

The issued statement specifically addresses three lenses: the Viltrox 23mm f/1.4, 33mm f/1.4 and 85mm f/1.8. All of these lenses will apparently “damage your camera” due to a “structural conflict” that allows the lens itself to rub up against and scratch the lens release button on the X-Pro3, and only the X-Pro3.

The new camera’s release button sticks out just a tiny bit further than the X-Pro2, and these three lenses were not designed to deal with it.

You can read the full warning below: 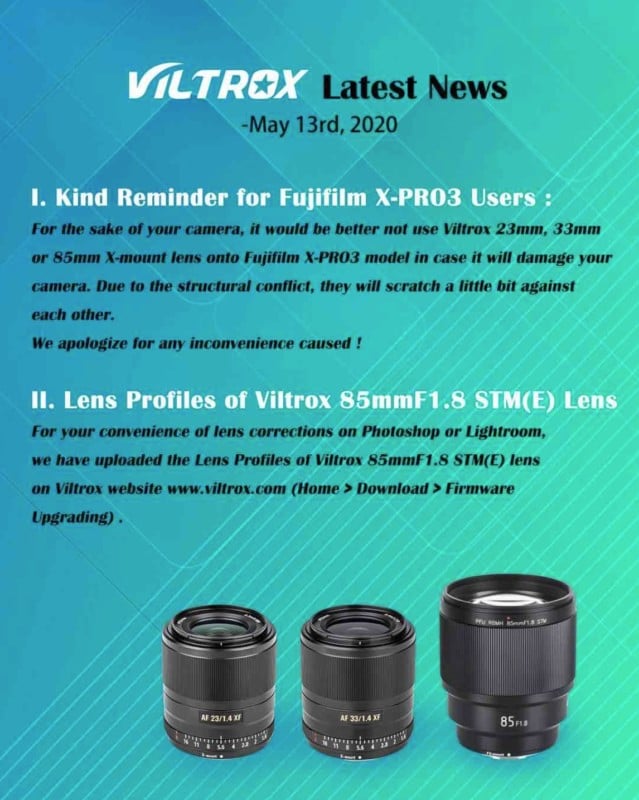 The damage would obviously be very slight and cosmetic in nature, so we’re not talking about an electronic issue that could brick your X-Pro3. That’s probably why Viltrox opted for the “kind reminder” wording rather than something more severe.

Still, if you want to keep your X-Pro3 and Viltrox X-Mount 23mm, 33mm, and 85mm lenses in mint condition, you’ll want to avoid using them together from now on.