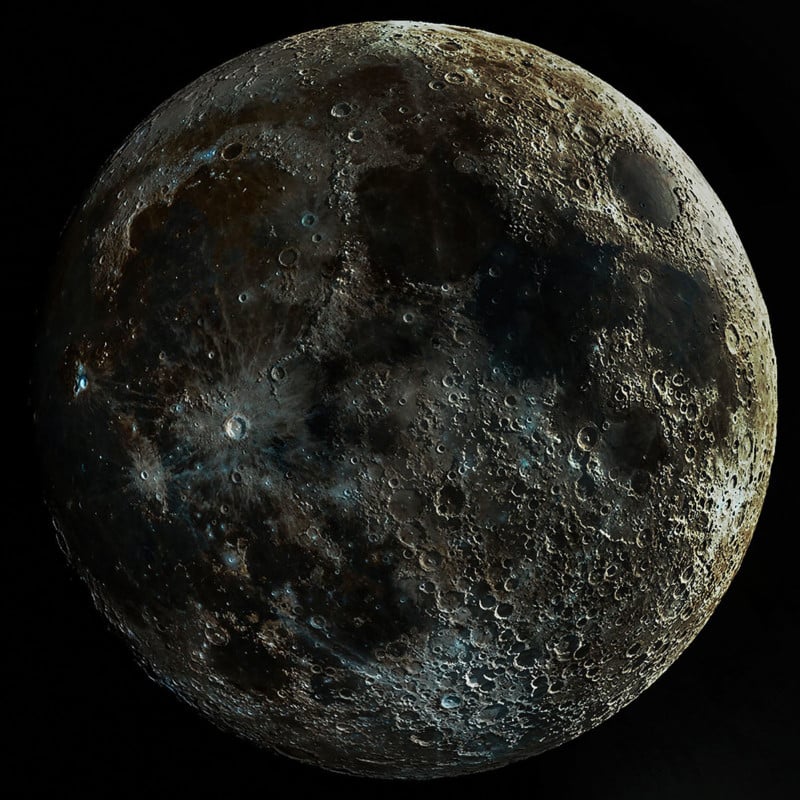 Photographer Andrew McCarthy wanted to create a moon photo with more texture, so he spent two weeks photographing the waxing moon from his backyard and then combined slices from the photos where the shadows are longest. This is what resulted.

“It was made by taking a ‘wedge’ just inside the lunar terminator of 12 images captured over the last lunar cycle and aligning them using a blend of 3D software and Photoshop, and then blending them all together,” McCarthy tells PetaPixel.

“The Lunar Terminator is where the shadow meets the light side of the moon, and is where shadows are longest so craters and mountains are seen in the most detail,” he writes.

“However, I can’t line up perfectly shots from previous nights, because the moon wobbles in its orbit, making a perfect alignment impossible,” McCarthy writes. “So this was created by mapping images to a 3D sphere, which was then adjusted to compensate for the wobble, and then rendered and blended with the image, rinse and repeat.”

“Once the tones were properly matched it gave much more depth across the entire image,” the photographer says. “The original shots were taken using an ASI1600MM and an edgeHD 800.”

You can find more of McCarthy’s amazing backyard astrophotography work on his Instagram.

5 Ways Photographers Can Use Social Distancing as an Opportunity

How to Take Better Photos of Your Kids