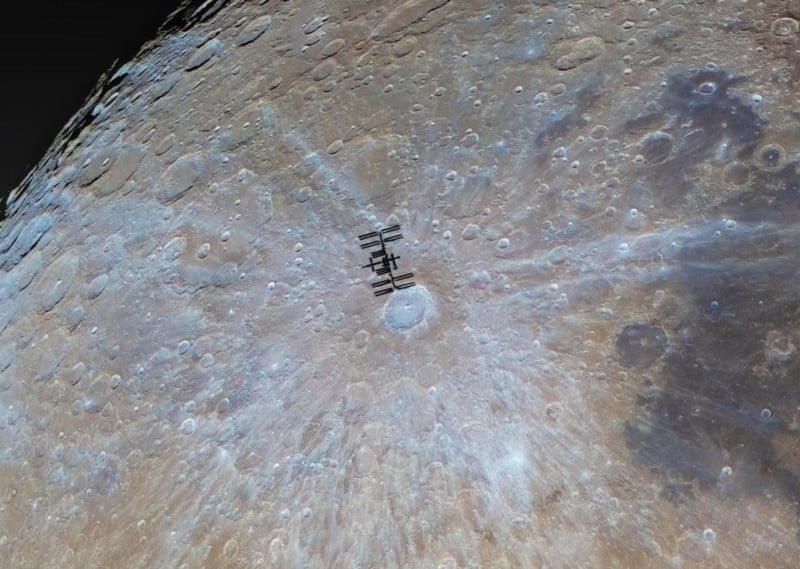 Talented “backyard astrophotographer” Andrew McCarthy has captured an incredible photo of the International Space Station passing in front of one of the Moon’s brightest craters.


McCarthy says the photo is one of the “most meticulously planned” shots of his career, which has seen no shortage of carefully-planned images that have captured the world’s imagination.

“This shot was my redemption,” McCarthy tells PetaPixel. “A few weeks ago there was a similar transit forecasted, but after setting up on location, getting all my equipment configured and focused, my laptop quit on me about 30 seconds before the pass and I missed it. I’m so thrilled this one worked out, as these are a lot of work, and missing two back-to-back would have been heartbreaking.”

The photo shows the silhouette of the ISS in the foreground in front of the Tycho crater in the background.

Tycho is a large, well-preserved impact crater on the Moon located in the southern lunar highlands. It is both one of the youngest and one of the most noticeable impact craters on the lunar surface. Named after the Danish astronomer Tycho Brahe, who studied the Moon and other celestial objects in the late 16th century, the crater is about 53.4 miles (85km) in diameter and has a depth of about 2.98 miles (4.8km).

“That crater is 53 miles wide, so while the station almost looks like it’s orbiting the moon it’s actually 1000x closer to us,” McCarthy writes.

McCarthy had to capture the moment the ISS whizzed by at its orbit speed of 5 miles per second.

Here’s what the moment of the transit looked like in real time on McCarthy’s laptop, which was hooked up to his camera on a telescope.

Here it is in real-time, my view as it was captured. The laptop is hooked up to a camera on the telescope. I knew it was coming but still audibly gasped when I saw it. pic.twitter.com/OWPtLmZT4p

“I knew it was coming but still audibly gasped when I saw it,” McCarthy writes.

The photo was captured from a remote section of Highway 79 in Arizona’s Sonoran Desert. McCarthy calculated the transit-viewing location using transit-finder.com, headed out to the spot late at night, and then set up his 14-inch telescope with a focal length of 4000mm to achieve an incredible amount of detail when the transit occurred at 11pm.

“These shots require meticulous planning because you have to be positioned exactly right or the station won’t pass exactly where you think it will,” McCarthy writes. “If I had set up my telescope on the other side of the clearing I was in, I would have missed it completely.”

It can be difficult to find a perfect transit with the ISS passing right across the Moon, as most of the results will be near (or far) misses: 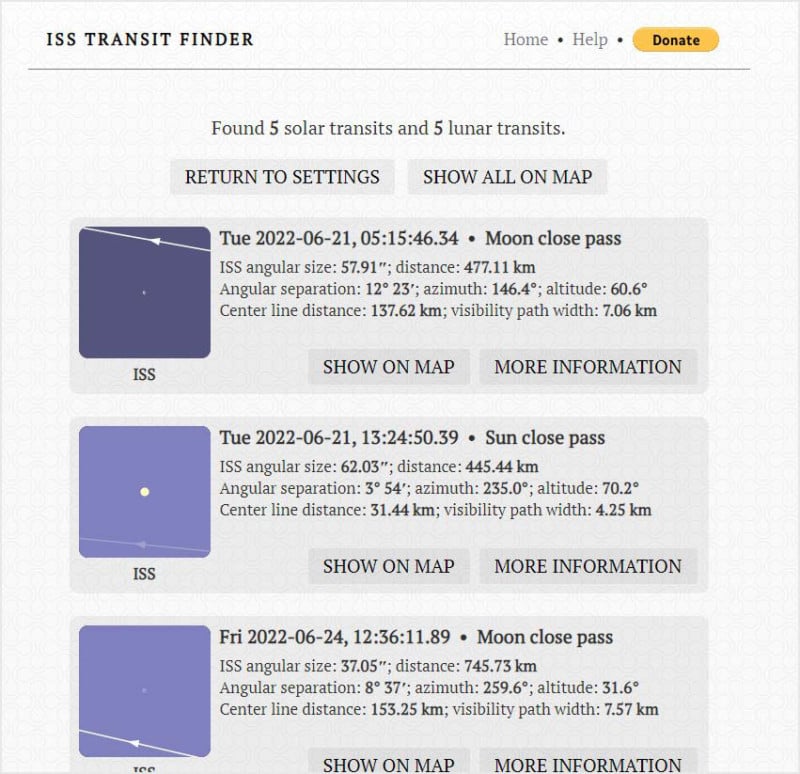 McCarthy then shows up way before the scheduled transit — at least one hour, but sometimes several — for the event that is over in the blink of an eye. The ISS is only in front of the Moon for 1/10 of a second.

Here's the transit slowed down 7x. With this narrow FOV, if math was off even slightly I would have missed the ISS. The colors of the moon were captured using a separate camera, as this one worked faster in monochrome. Learn more about how I do these here: https://t.co/BOJNldZa23 pic.twitter.com/K6wsNzaDyT

Thankfully for McCarthy, his meticulous planning paid off, and he managed to capture one of his most impressive astro photos yet.

McCarthy has published a detailed blog post sharing the technical details that went into this photo. You can purchase limited edition prints of A Visit to Tycho on the same page.