Tamron raised a lot of eyebrows last week when it revealed its shockingly affordable new 70-180mm f/2.8 lens for Sony E-mount. At just $1,200, the lens is less than half the price of Sony’s 70-200mm G Master… but can it compete in terms of performance?

That’s what portrait photographer and YouTuber Manny Ortiz wanted to find out, so he went out into his backyard with wife and model Diana to put both lenses to the test on his Sony a7R III. He tested focus accuracy, focus speed, low-light autofocus, image quality, and even did a side-by-side comparison showing the extra 20mm of reach you get with the G Master.

The results? Well, it’s not looking great for the Sony lens. For 1,400 bucks less, the Tamron went step for step with the Sony GM in just about every single category. The Sony has built-in stabilization and feels more solidly built—with custom buttons, a tripod collar, internal zoom, and other nice-to-haves—but that’s where the advantages seem to stop. 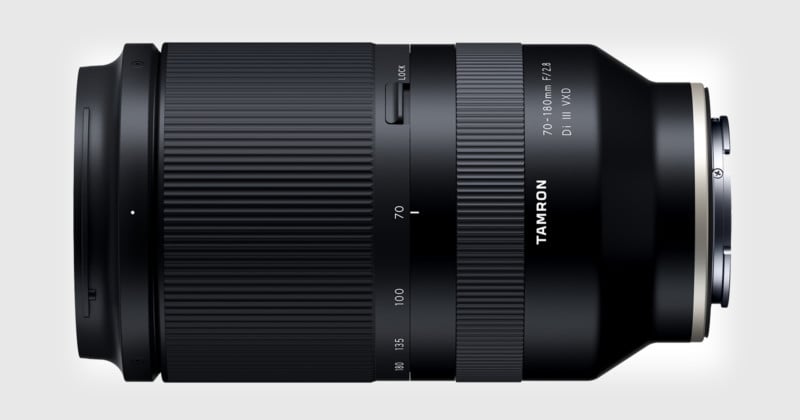 Side by side, the two lenses perform nearly identically, with the Sony perhaps taking the edge on image quality, and producing nicer bokeh thanks to its 11-blade aperture. But these are advantages that Manny had a very hard time noticing when he noticed them at all, making it hard to justify that price difference.

“This [lens] actually makes the Sony system a lot more attractive in my opinion,” says Manny. “You’ve basically got the ‘trinity’ of lenses in third party, and you could basically buy all three for a little bit more than [the Sony 70-200 GM] by itself.”

If you’re new to the Sony system, that’s a hard deal to pass up.

Check out the full review video up top to see sample images and viewfinder footage of all of the tests that Manny conducted. Whether or not you decide to pony up for the additional build quality and slight edge of the Sony is up to you, but this shootout makes it clear that Tamron’s third and final “holy trinity” zoom lens is a winner, and one heck of a deal.