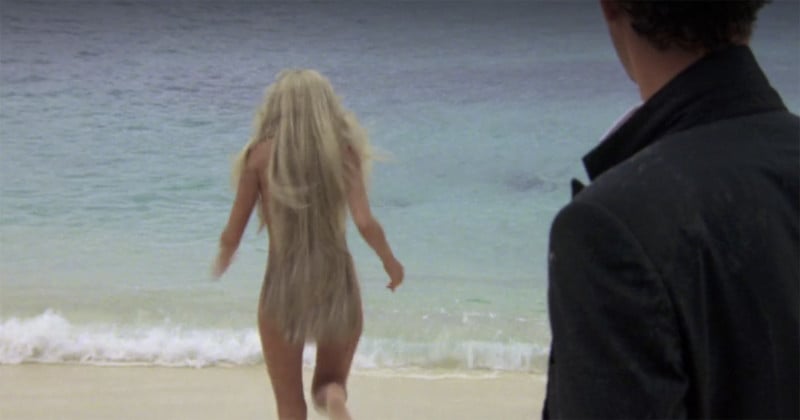 Disney is being roundly mocked on social media this week after it was discovered that they used some truly atrocious CGI to try and “cover up” Daryl Hannah’s butt in the streaming version of the movie Splash on Disney+.

The 1984 film features Hannah as a mermaid who saves a young Tom Hanks from drowning, sparking a fantasy/romance story line that holds up about as well as you might imagine in the year 2020. But the film’s plot isn’t problematic for Disney, they’re more concerned about Daryl Hannah’s butt.

In their first meeting, Hannah walks up to Hanks, kisses him, and then runs into the ocean, her posterior partially revealed behind a long wig that was definitely already glued to her butt during the original shoot. But as Twitter user Allison Pregler discovered, that wasn’t enough… um… coverage for Disney:

Disney+ didn't want butts on their platform so they edited Splash with digital fur technology pic.twitter.com/df8XE0G9om

“Disney+ didn’t want butts on their platform,” writes Pregler, “so they edited Splash with digital fur technology.” The result is painfully obvious, even in the low-resolution clip posted on Twitter.

Alison Foreman over at Mashable was able to pull the clip from the original version, using it to create this GIF for comparison:

And here’s a before and after: 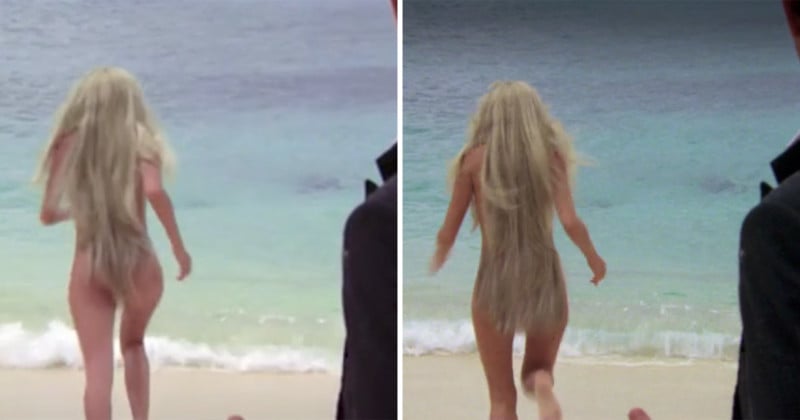 As you can see, Disney’s editors didn’t do that much, but definitely enough so that it’s noticeable, and noticeably awkward. Responses to the original post on Twitter have been predictably comical, as people took Disney to task for using “fur technology.”

Others pointed out that male butts have been left alone in various Marvel movies:

Funny, they are ok with showing Hugh Jackman’s bare butt in X-Men: Days Of Future Past….

Wherever you stand on the “Disney censoring butts” debate, the fact remains that Disney probably should have done a better job of the edit in the first place… instead of hiring the same editors The Bachelor TV show used back in February.

To their credit, Disney does tell viewers that edits have been made. When you pull up Splash on Disney+, you’re greeted by this message before the movie even starts:

Can’t say they didn’t warn us…

How Images of Coronavirus Are Made