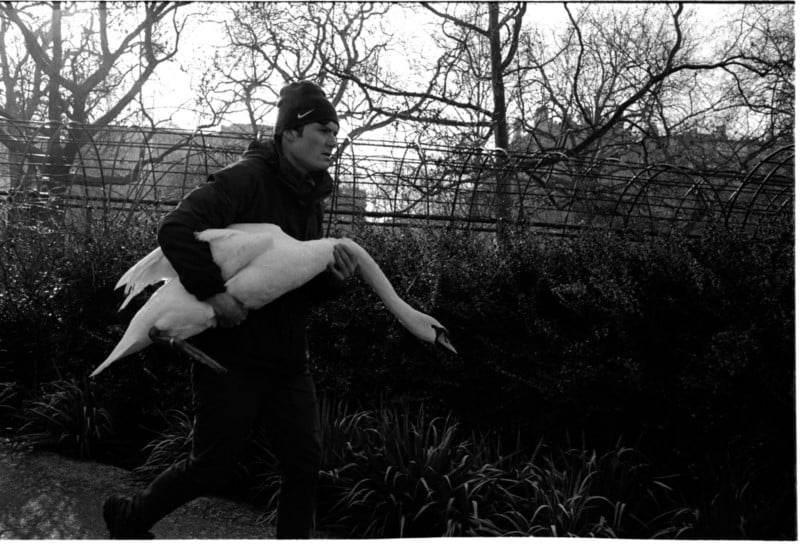 I think that one of the hardest elements to incorporate in a street photograph is humor. Unlike other themes in street photography, I think that naturally occurring “funny” scenes are harder to stumble across, as they often involve a lot of interpretation and may involve playing with elements in the composition rather than being able to rely on finding a scene that is funny “as it is.”

In my opinion, the effort is worthwhile, as my humorous images are some of my favorites and I also really enjoy work from other photographers when it possesses a humorous characteristic.

One of the main difficulties in making a humorous street photograph is the absolute subjectivity of humor itself. All of the potential pitfalls of a failed/untactful joke come into play, and the ability to reach through to an audience relies on the photographer to accurately and succinctly “tell” his or her image. If any of the elements don’t feel right then the photographer doesn’t just risk not having an audience enjoy an image, but they might actively dislike it, leading to backlash.

This means that some of the best rules of comedy are worth taking into consideration — to punch up rather than down or to find situations where you laugh with someone rather than at them.

I think humor in street photography can actually almost its own genre altogether, perhaps less “haha” and more “ha-huh.” It makes you look twice or reassess your expectations. 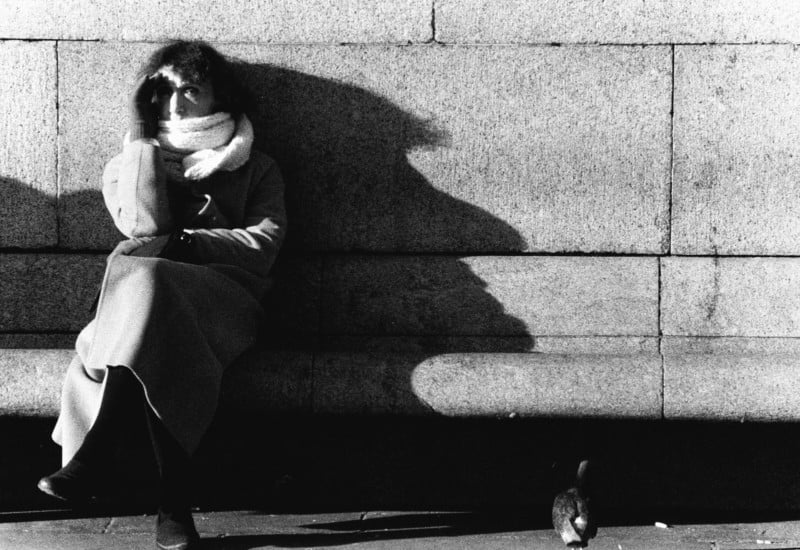 One of the most common ways to create a comedic street photograph is through juxtaposition. This means finding two contrasting or complementary elements that interact in some way to produce an often-exaggerated effect.

A very frequent example of this is the use of billboards and posters, which are naturally much larger than any person passing beneath them. This can also be achieved with wider-angle lenses to accomplish the same exaggerated effect using perspectives and moving closer/further from people’s bodies. This, paired with other surreal elements, can result in a humorous photograph.

Some photographers who do this well in my opinion, and whose work is worth checking out, are Jonathan Higbee, Josh Edgoose, and Matt Stuart. Their work really shows what’s possible when identifying and using often-mundane elements in combination and coincidence for striking effect.

When it comes to my own photography, I don’t employ these specific techniques — my approach is less abstract. When I’ve tried playing with perspective and juxtaposition in the past I haven’t been as happy as I wanted with the result.

Instead, I prefer to look for a surreal situation that is more obviously bizarre, without relying on perspective tricks or similar manipulation. To me, this offers the possibility for things that are funny outright but takes a little longer to stumble upon. I feel more rewarded by the images that work from these attempts, and feel they are better quality overall than my attempts at juxtaposition.

It can sometimes be possible to have a subject be funny in and of themselves, although this can often imply that the subject is the butt of the joke. The line between humor versus ridicule is often blurred, but the intention of the photographer will often be what clinches it here.

If it’s clear the only thing about the subject is that they are overweight, or balding, or have an amputation or other uncommon feature, and the photographer has emphasized those aspects while contributing nothing else compositionally, then it is probably ridicule. If the subject seems to be in on the joke in some way then I think it becomes a bit more comfortable to enjoy.

As I mentioned earlier, interpretation plays a role in reading a photograph, and I think it’s almost expected to receive some form of backlash for even some of the tamest concepts. However, if you feel you are only receiving backlash, then perhaps it’s worth reconsidering the context, or ultimate merit of that frame.

I think anything can work and nothing is off-limits in any meaningful way, but it’s much easier to make something garish and tasteless which won’t land well, and this can discourage people from refining their approach into something more subtle, nuanced, and acceptable. I don’t necessarily want to push meaning and stories onto unsuspecting individuals, which is why most of my photographs tend to be fairly straightforward without trying to trick anyone.

Although, as in every type of street photography, the best advice is to exercise your eye and be patient; there are a few key things that can be considered if your specific intent is to create a series of humorous street photographs. Juxtaposition is one of the most common — finding jarring elements and move the frame until they interact. A popular application of this is in advertising billboards, which can often be forced through perspective to look odd when compared to the rest of the world. 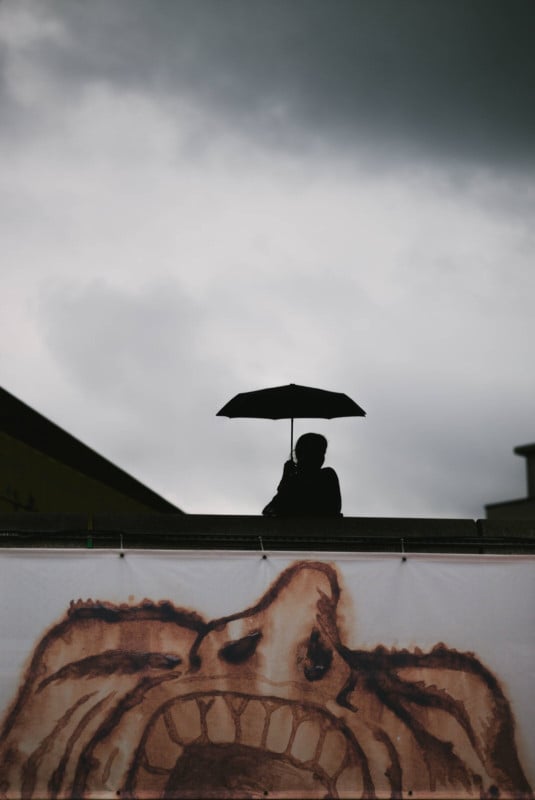 Exaggeration isn’t limited to things that are actually larger than life — using wider lenses and shooting much closer to people can cause them to interact within the composition in different ways.

Illusions can be fun but harder to spot. Anything that looks odd at first glance is worth working on as you can often make something special! 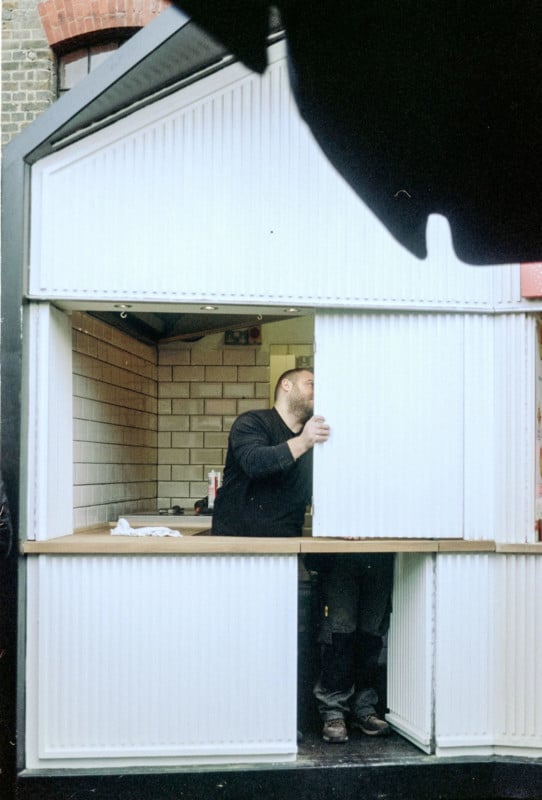 Animals can often make for interesting characters to incorporate into an image, especially when you can lend human characteristics, or photograph them in a way, which makes them seem larger than life. 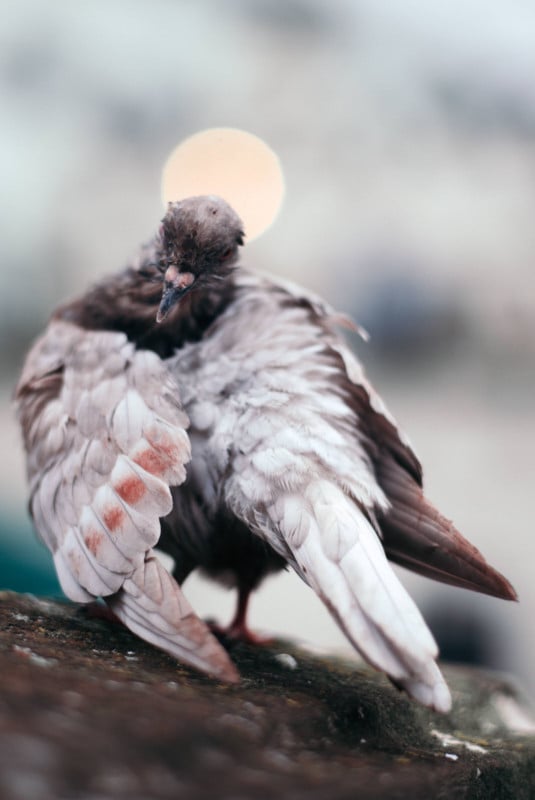 Expression can be funny, but this is one where I would be careful not to catch someone in a specifically unflattering moment, like halfway through a sneeze; rather I prefer for them to seem to be looking around at other aspects of my scene, and from here an interaction can be inferred. 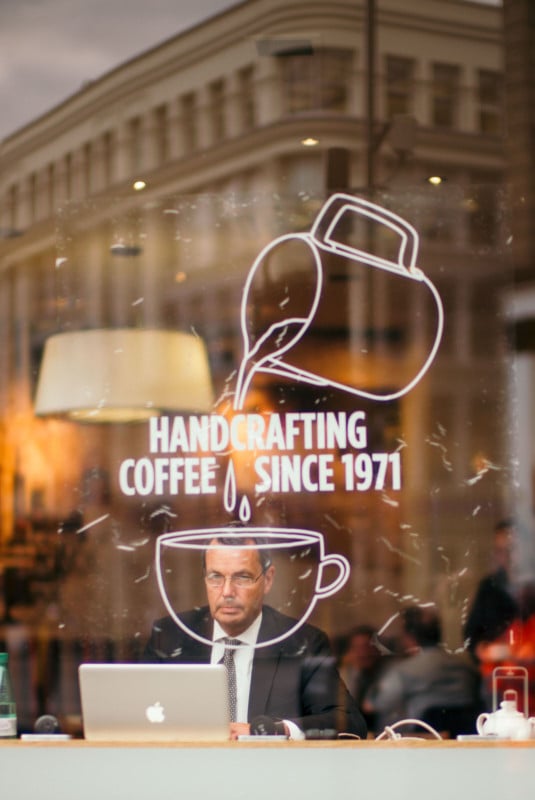 Expression can also convey ignorance, where the photographer/audience know about something that the character does not. This can mean shooting scenes at corners, so that part of the story is told to us, but other characters in the frame are left unawares.

For my surreal situations, I am looking at the way people are behaving around me, waiting for an interaction that feels bizarre before figuring out what to make of it in an image. I enjoy absurdity, but this is not something that I can spend time actively looking for — which means it takes me a long time to produce images along these lines which I am particularly happy with. 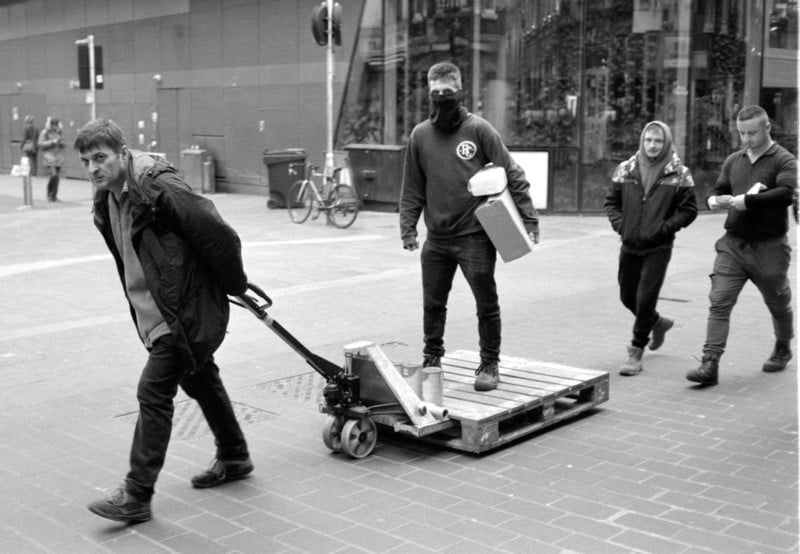 I think the best humor incorporates elements that the audience can relate to on some level, so this is also something I make an effort to seek out — whether I see something and recognize that there is another level of meaning that can be derived from it. 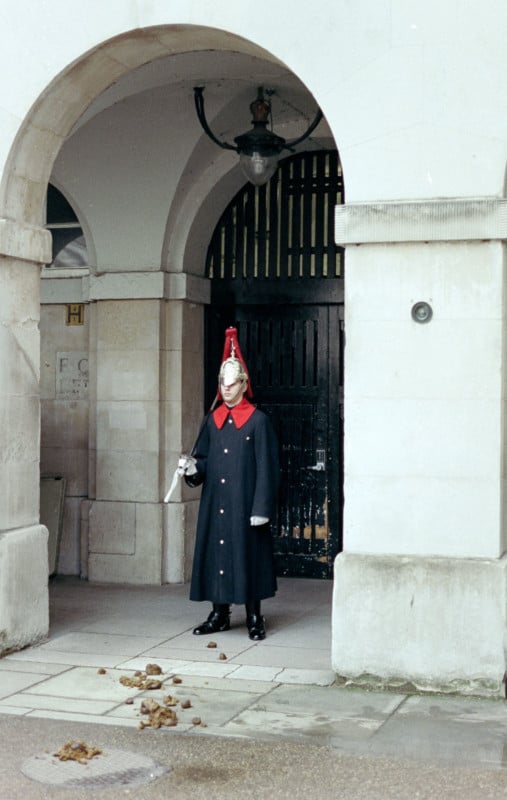 I think that with more practice and improvements on the way you see, you will be able to create images with more subtle elements of comedy, which is something I have been working on for a while. I found putting this process into words here useful, but I also know that there’s nothing worse than overthinking a joke! Hopefully this article has been useful to some of you who are looking to work with similar ideas.

Nikon Confirms that 120-300mm f/2.8 Lens is Delayed Due to Coronavirus

A ‘Time-Blended’ Star Trail Timelapse of the Night Sky