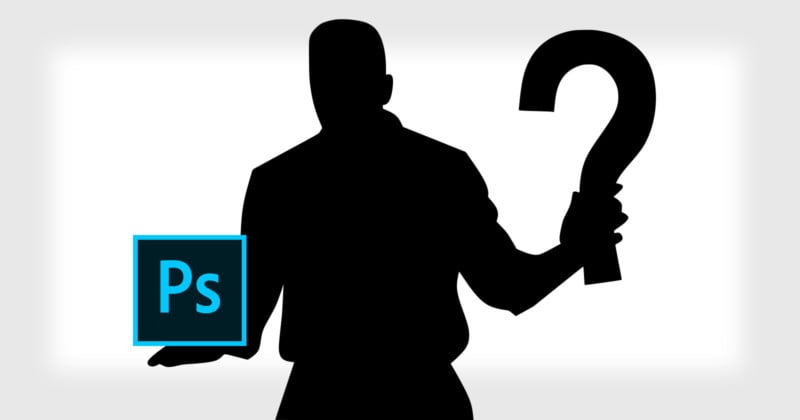 I just did an ‘Ask Me Anything’ session on Instagram Stories, and someone asked the question: ‘Do You Photoshop Your Pictures?’

My reaction was the same one most photographers have:

Yes, just like 99% of photographers out there, I do some post-production on my pictures. Even in the film days, photographers like Richard Avedon and Irving Penn edited the hell out of their photos.

And then I realized — that would have been the dumbest possible response. So instead, I went full snark and said:

I produce a result. That’s all you need to know. 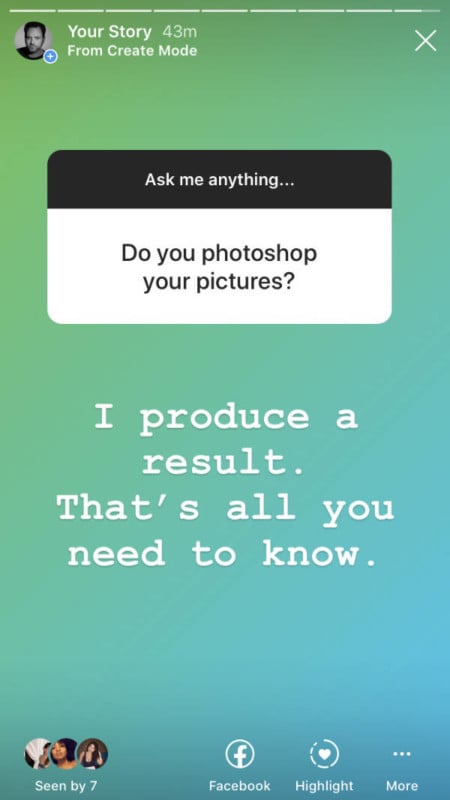 Below, I’ll discuss how I address this question in real life.

The Two Forms This Question Takes

Sometimes, people ask “Is that Photoshopped?” just to make conversation — the same way a non-photographer might ask what kind of camera you use, or if you shoot film or digital.

And then there’s the more sinister form of this question, when it’s implied that post-production is somehow inherently bad. This type of puritanism is what we’re attacking today, and it can come from art buyers, clients, and even your fellow photographers.

The Two Times to Discuss Your Post-Production Process

Unless you’re just talking shop, there are only two reasons to ever discuss your post-production process:

The first is to justify the cost of a job. For example, if an actor wants to know why you charge $400 for a headshot, you could say something like this:

On average, a professional headshot that meets the standards of casting directors requires 30-40 minutes of post-processing.

You’re turning the cost into a benefit and presenting it as an industry norm.

And the second is if you’re shooting film or using some other analog process like wet plate. Why? Because it’s actually pretty interesting and out of the ordinary in 2020. If I were shooting film, I’d talk about it every chance I could.

Outside of that, do not take the question head-on. Because when a purist asks ‘Is that Photoshopped?,” they’re really asking “Is that fake?”

The only answer that will satisfy them is “No. This picture is 100% natural, like a beautiful newborn baby.”

So turn the tables on them. Here’s how.

Mental Judo For the Modern Photographer 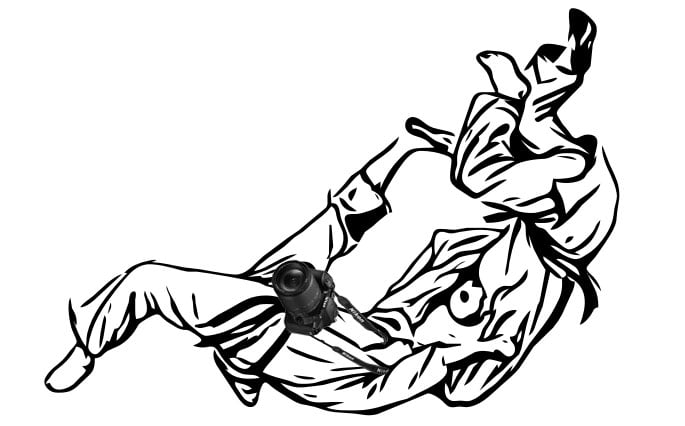 Neediness is an unattractive quality. That’s true in love, business, and every other area in life. And guess how you look when you defend something that you don’t need to defend?

Needy, and desperate for approval.

So instead, do some simple mental judo and put the purist on defense, something they never see coming. My stock response is:

I’m curious — why is that important to you?

Now they have to verbally justify the idea that there’s one right way to do things, which is a lot harder than it sounds! They’re forced to consider that there is no “correct” opinion on post-processing. And that’s when facts like this can penetrate their bubble:

The goal is not to win an argument or make someone feel stupid. It’s about building common ground and getting people to focus on the result you deliver.

You can’t do this with everyone, but you will win some people over. And by not being just another needy photographer, you’ll earn some respect.

About the author: Michael Comeau is the Editor of OnPortraits.com, an all-new online community dedicated to simple, classic portrait photography. Click here for more information. The opinions expressed in this article are solely those of the author. Comeau is the author of a free eBook titled “37 Weird Tips for Better Portrait Photography.” This article was also published here.