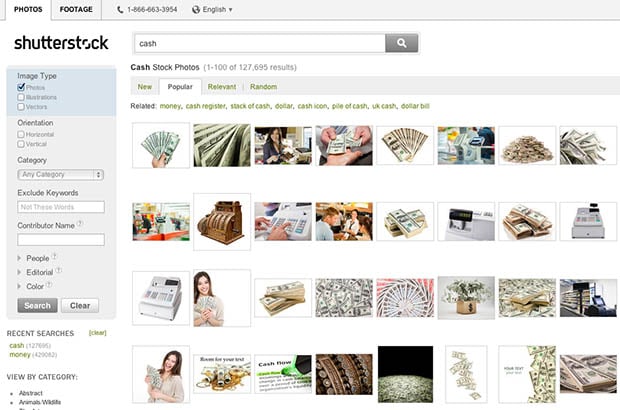 It’s rather obvious that money is to be made in the stock photo industry. Shutterstock founder Jon Oringer is finding tremendous success with his 55 percent stake his the company. Since filing for an IPO and selling its shares publicly last October, Shutterstock’s stock value has more than tripled. In the process, Oringer has become Silicon Alley‘s first billionaire.


Oringer owns 18.5 million shares that are managed through holding company Pixel Holdings Inc. Silicon Alley, which takes its name from Silicon Valley in California, is an area in Manhattan that has a high concentration of Internet and new media companies.

Jon Oringer founded the Shutterstock website in 2003 using 30,000 photos he snapped himself.

“I shot images of everything I could find over the course of a year,” says Oringer to Bloomberg. “I would go all over the world and take pictures. In a day I could easily take thousands.”

Shutterstock differs from other stock photo services like Corbis and Getty Images in that the service itself does not own the content they sell. The scores of photographers and artists contributing on the website hold all rights to their work, and have to date been paid on the order of $150 million.

At this time, Shutterstock has a whopping 750,000 customers in over 150 countries around the world. The company’s revenue last year increased 41 percent to over $169 million, according to the Bloomberg report.

And if you were to think there were any signs of a slow-down in the industry, think again. Shutterstock estimates the digital images market will grow from $4 billion in 2011 to $6 billion in three years’ time.