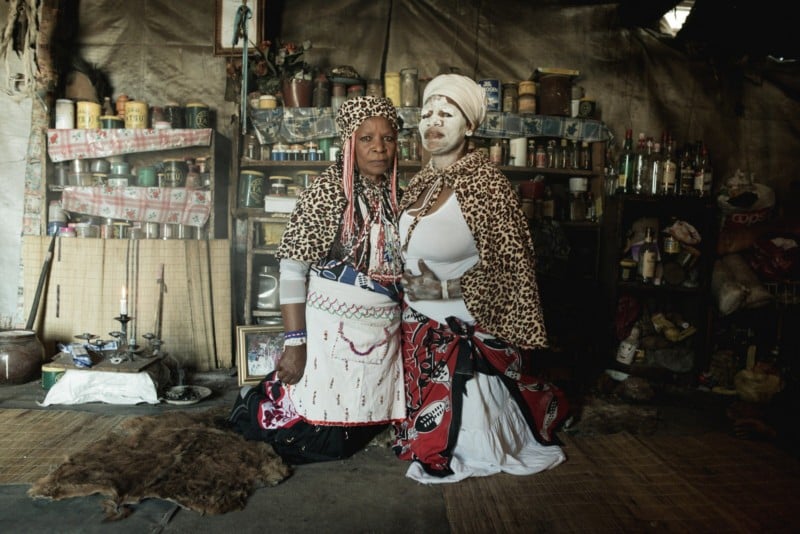 Warning: This photo essay contains photos of animal sacrifice that may be disturbing to some viewers. 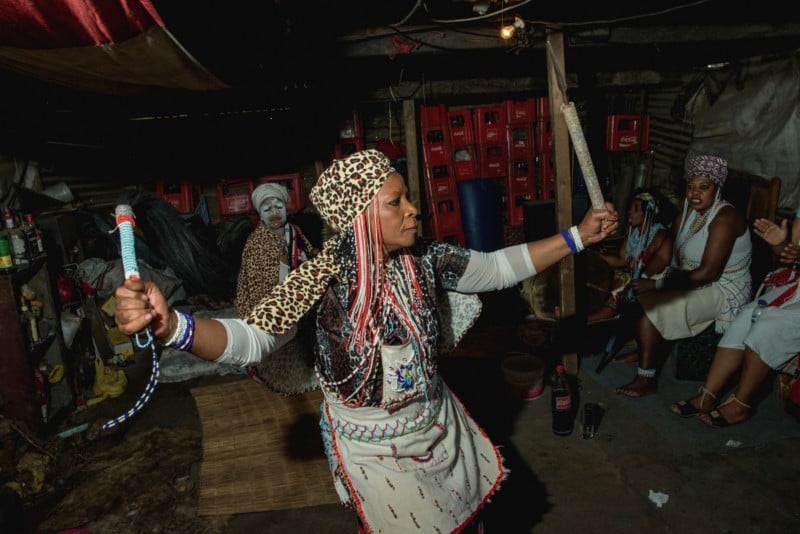 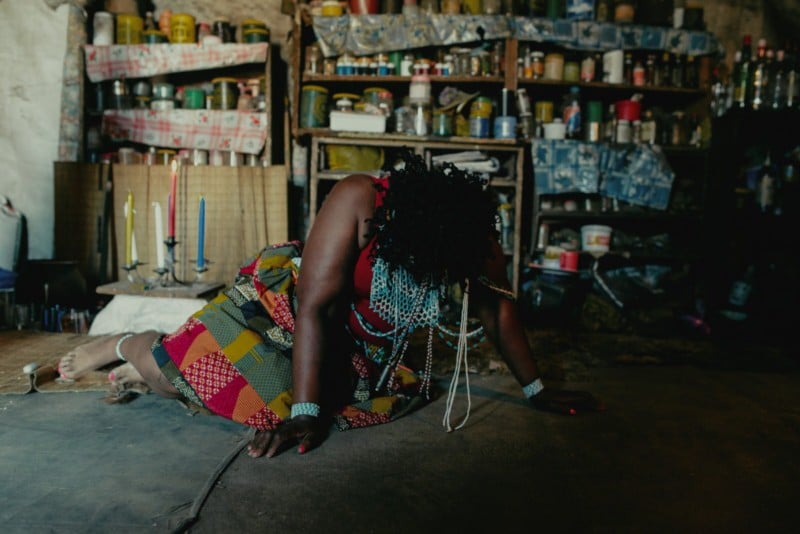 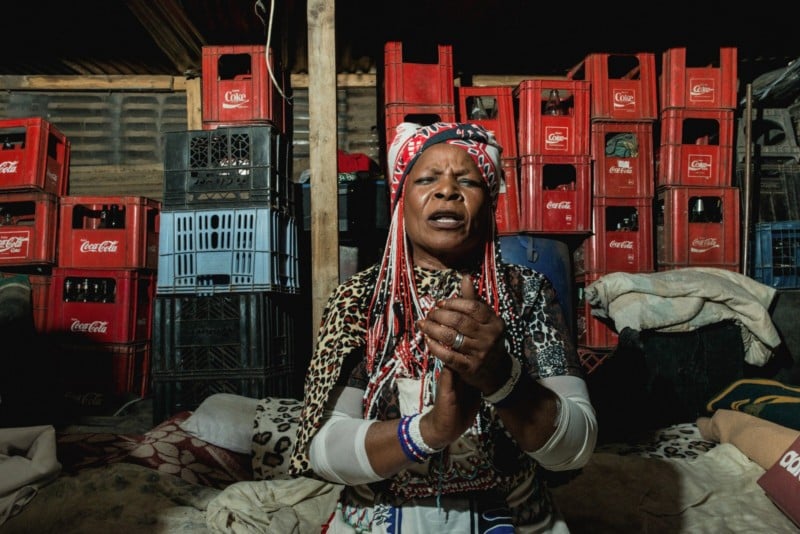 Traditional healers don’t only fulfill a healing role in the community, but also social and political roles due to their healing, medicinal and herbal knowledge, but most of all because of their divine connection with the ancestors. 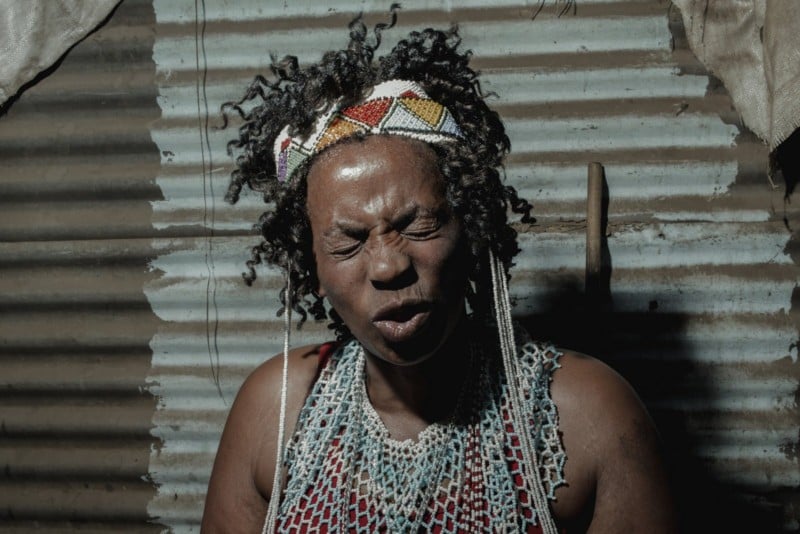 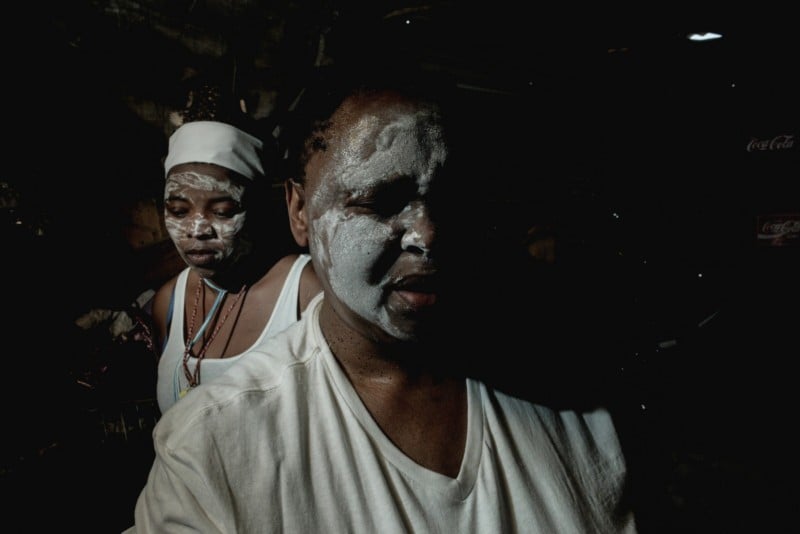 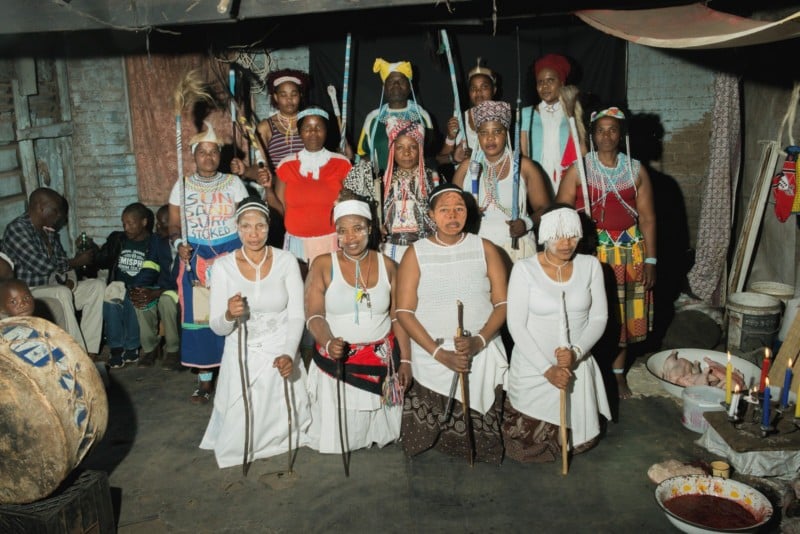 For harmony between the living and the dead, which is the key ingredient for a trouble-free life, sangomas believe that the ancestors must be shown respect through rituals and animal sacrifice. They perform summoning rituals and sacrifice animals to receive good fortune in return. 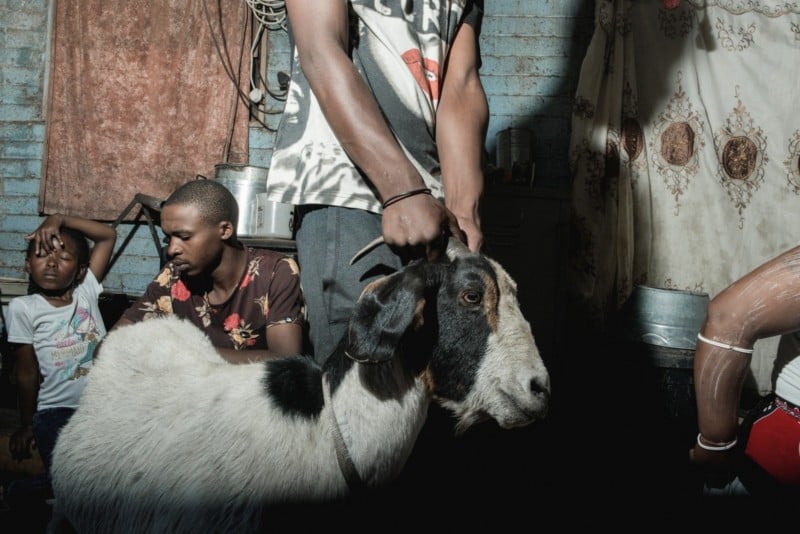 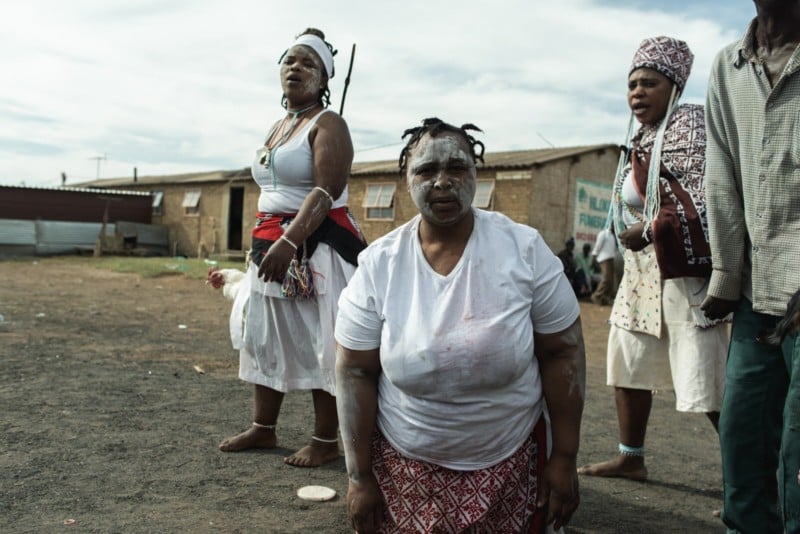 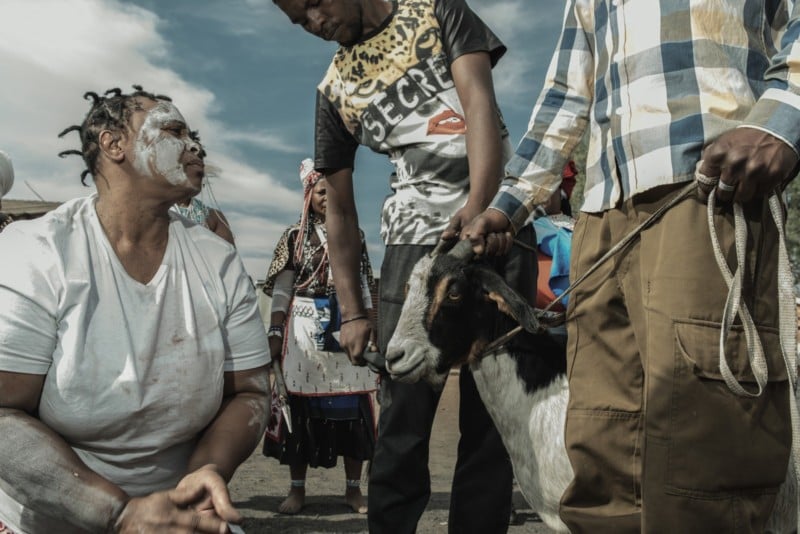 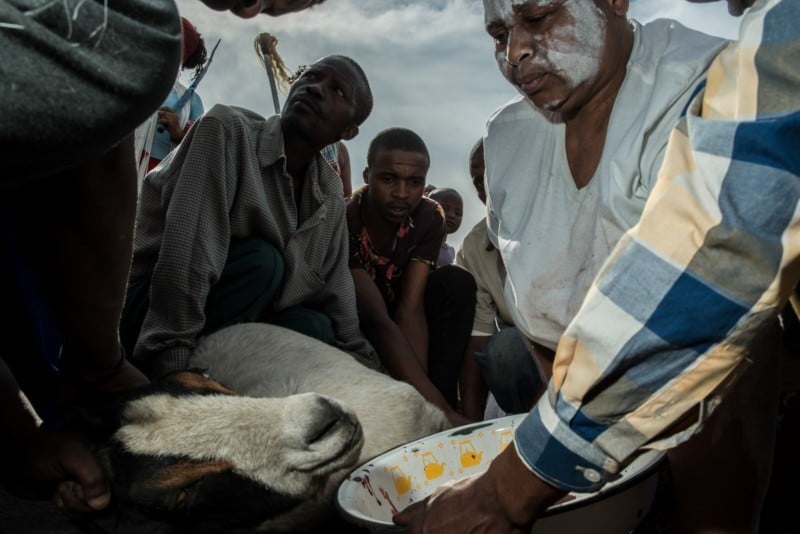 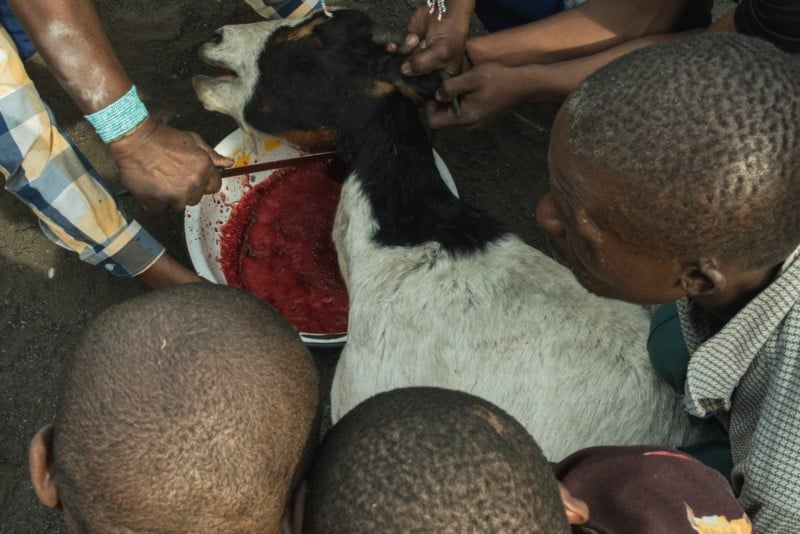 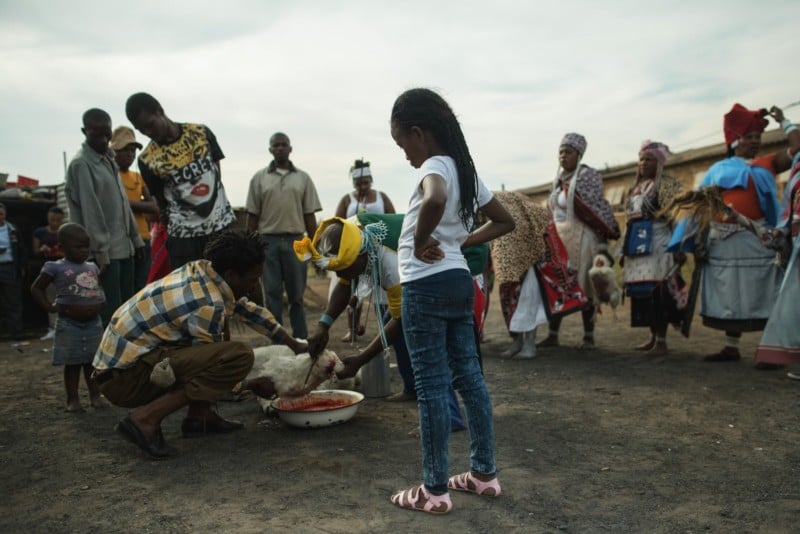 They go into a trance in order to receive messages about the future as well as guidance and advice from the ancestors. Sangomas are seen in South African communities as the link with the ancestors and ancient spirits, who can have a big influence on the well-being. 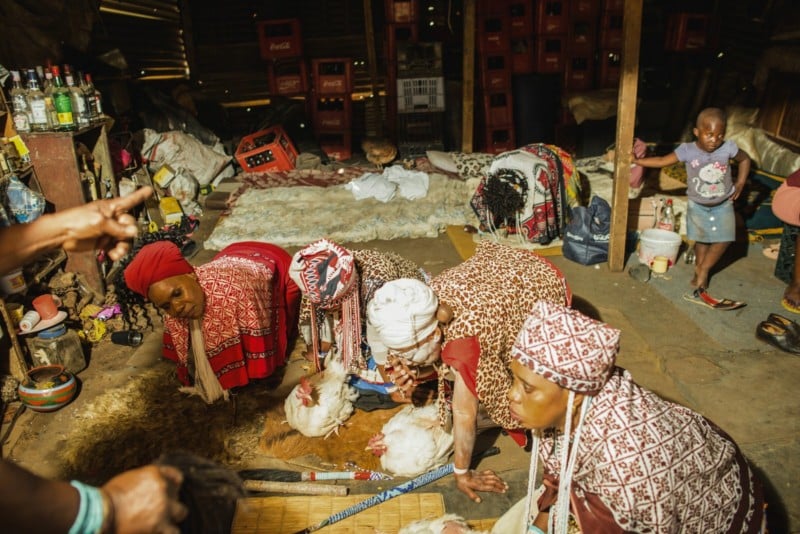 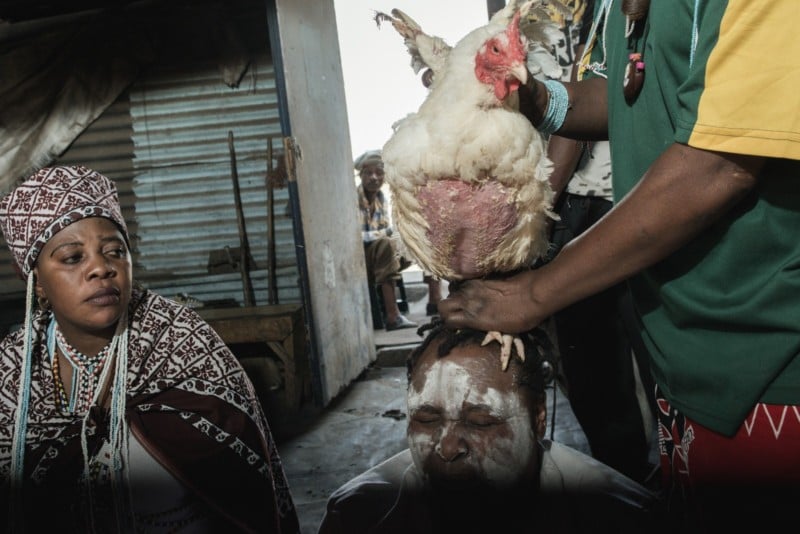 I was fortunate to follow Lucy Mbatha during her initiation to become a sangoma and to be able to practice traditional healing in her community. Lucy claims that she has received a vision from her ancestors, calling upon her to take the responsibility to become a sangoma. Before this vision, she had never thought about being a sangoma. She sees this vision as her divine calling; something one cannot refuse. 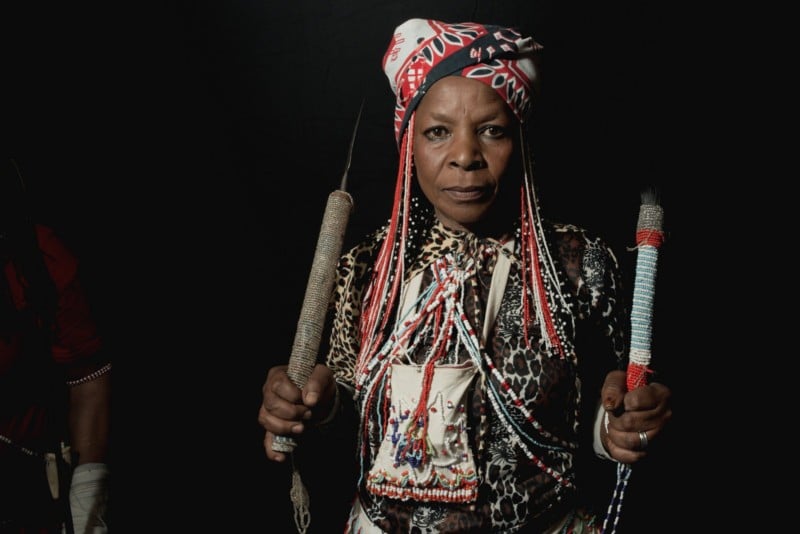 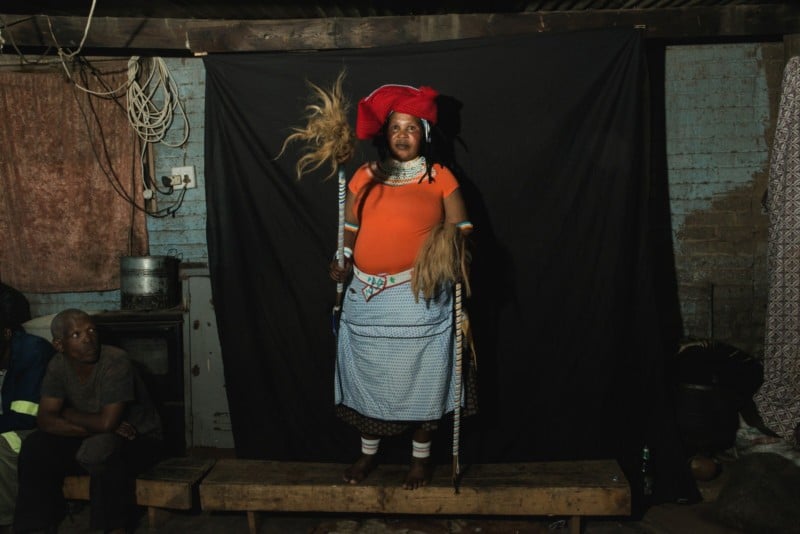 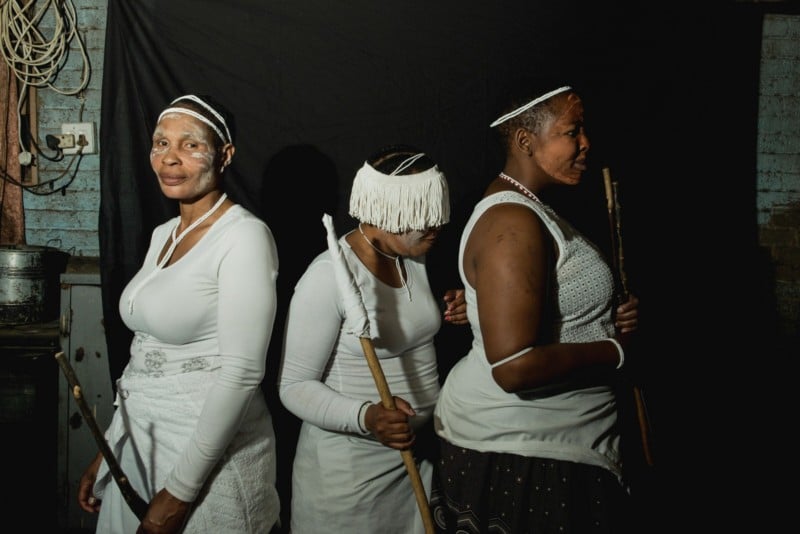 During the initiation, animals are sacrificed in order to give back to the ancestors and to drink the blood of the sheep while it is still warm and alive for supernatural powers. Meditation and trance dancing (dancing oneself into a trance) also play important roles to honor and respect the ancestors. 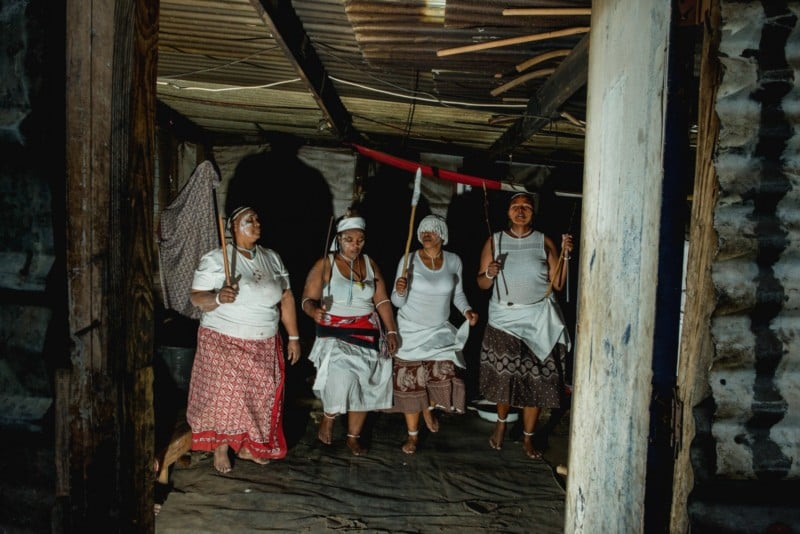 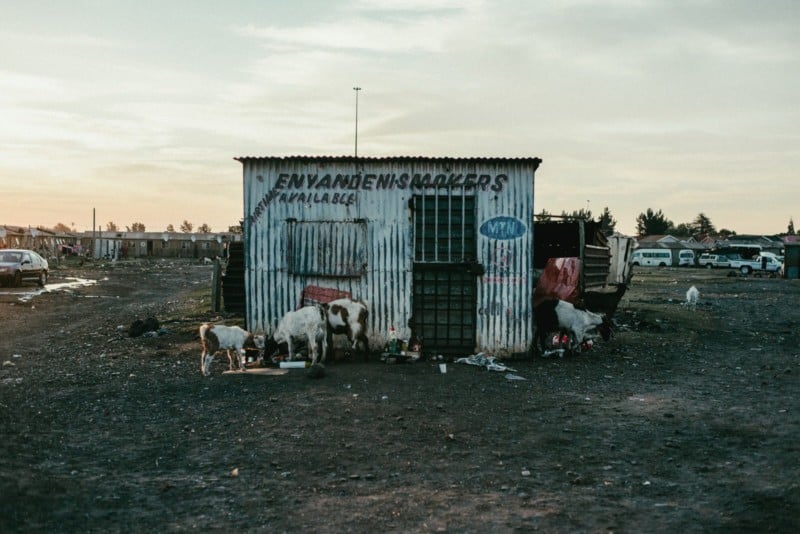 About the photographer and author: Frank Trimbos is a documentary and portrait photographer based in Johannesburg, South Africa. The opinions expressed in this article are solely those of the author. After completing the school of Photography in Amsterdam specialized in Documentary photography, Frank began to explore the lines of storytelling, documentary, and portrait photography to engage with issues of cultural, social and historical significance. In 2010, Frank moved from the Netherlands to South Africa where he began to experience South African everyday life, capturing social issues and exploring marginalized communities. You can find more of Trimbos’ work on his website, Facebook, Twitter, and Instagram.

A Photo Portfolio Doesn’t Need to be a Website