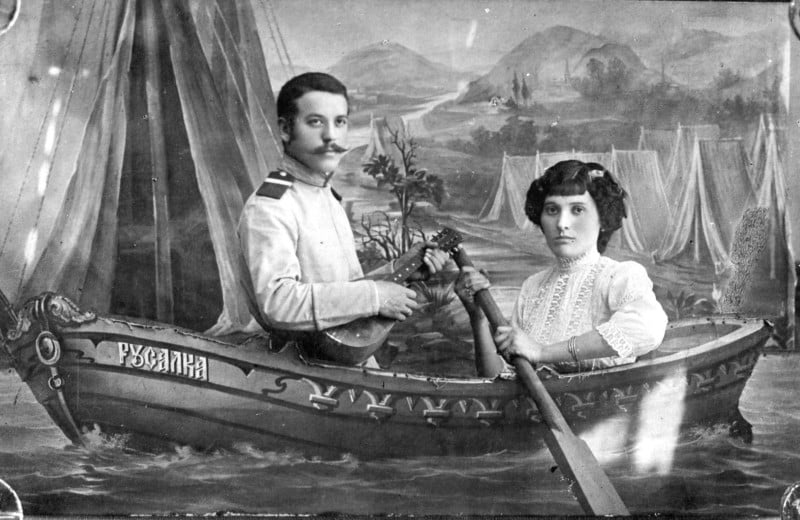 Back in the Tsarist era, a fad for posing in fake boats, planes, and automobiles resulted in some of Russia’s quaintest portraits.

In the photo above, a Russian soldier serenades his love in a dinghy named “Mermaid.”

The delightfully odd pictures have long fascinated Christopher B. Steiner, a professor of art history and anthropology at Connecticut College.

Steiner believes the success of the unusual portrait style was its allowance for a kind of visual “upward mobility” that allowed ordinary people to “transcend one’s position of wealth, class, or access to cutting-edge technology” by posing in genteel canvas surroundings.

As well as rowboats, Russians also posed in cars…

But most photography studios focused their cameras on rowboat scenarios, like this father and daughter in a boat called “Hope.”

Rowing in turn-of-the-century Russia was a pastime of the wealthy. The last tsar and his family were often photographed dipping an oar into the canals of their residence outside St. Petersburg, as these two students pretend to do in a boat named after the town of Valka, in today’s Latvia:

Although it’s unclear where the quirky photo trend began, it had also become popular in Western Europe by the early 1900s.

Steiner says it’s impossible to know whether the pictures were viewed with humor in Russia, but the art-history professor notes that the urge for people to fake a scenario has never quite gone away, as these two young women paddle through what appears to be a flood: 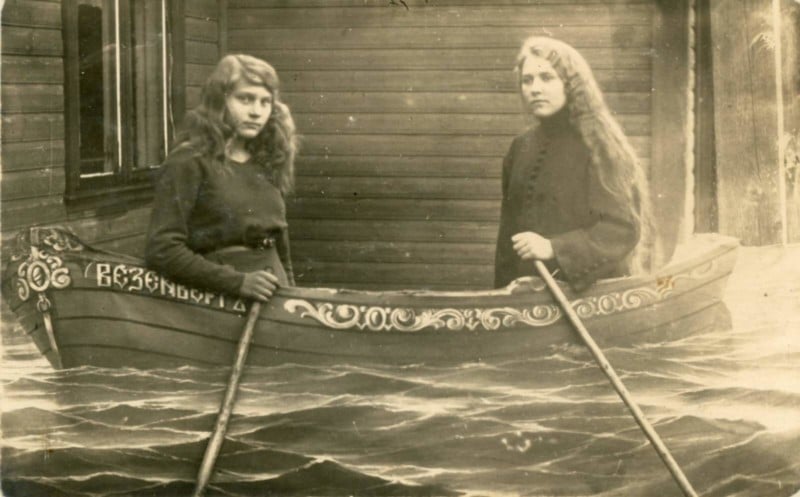 In China today, entire businesses — like Rome Studio in Beijing — are dedicated to faking exotic locations for wedding photos. In the United States in 2018, a Los Angeles artist created a set that imitated the interior of a private jet. The artist proved little has changed except modes of transport when he said, “Most people cannot afford a real jet, so we made one that democratizes access to a backdrop previously reserved for the rich and famous.”

About the author: Amos Chapple is a New Zealand born, Europe-based photographer and writer whose work has been published in most of the world’s major news titles. You can find more of his work on his website, Facebook, and Instagram. This article was also published at RFE/RL.

How Technical Do You Have to Be to Take a Good Photo?