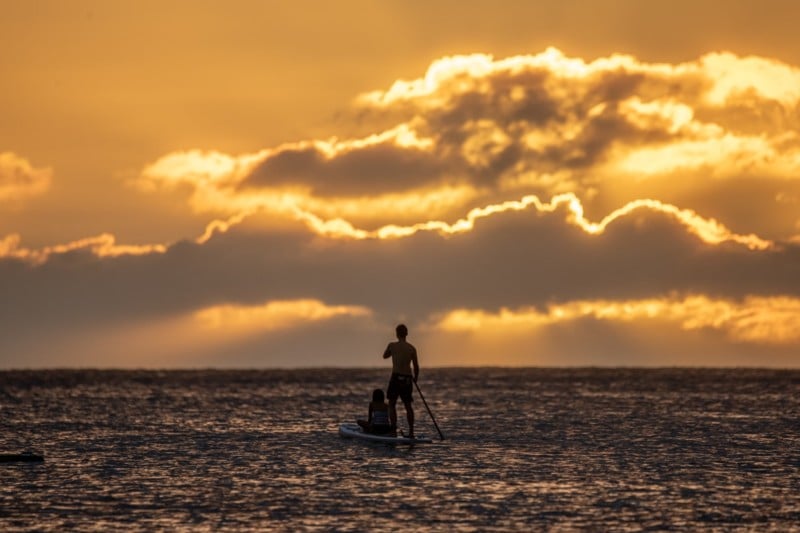 At the turn of the millennium, veteran photojournalist David Hume Kennerly embarked on a project using a single camera outfitted with a single lens – a medium format Mamiya 7II with a 43mm f/4.5 lens. As he crisscrossed the country, he committed to taking a photo each day, which culminated in his book Photo du Jour.

Although he spent much of the year covering the 2000 Presidential campaigns, the “self-inflicted” project was a personal endeavor to extend the way he saw his world. In an interview at the Modernbook/Gallery 494, he said:

I had shot so much on assignment. I tended to lose sight of anything en route, on the way to the job. (So) in 2000, I decided to slow down and pay more attention to my surroundings while covering the campaign.

Kennerly had already spent over 20 years as a working photojournalist before tackling the project, which consumed over 900 rolls of film.

From September 2005 to September 2006, musician Jonathan Coulton recorded a new song every week and released them for free via podcast. Coulton wrote:

It was an attempt to keep the creative juices flowing as freely as possible, and a way for me to push myself to take risks, work quickly and trust in the creative process. It was also a stunt designed to get people to notice me. It worked, suckers!

The “Thing a Week” project yielded such viral hits as his acoustic cover of Sir Mix-a-Lot’s “Baby Got Back,” which was subsequently ripped off by the TV show “Glee” without attribution (which generated significant press coverage). Coulton now regularly appears on NPR’s Ask Me Another, headlines his eponymous fan boat cruise, and even has a fan-contributed wiki called “JoCopedia.”

As a classically trained musician, I can attest that you wouldn’t want to hear me practice everyday. The process of improvement is slow. Technical improvement can vary enormously by individual (some are more talented, some simply know how to practice more efficiently), but learning how to “say” something through music takes time.

And that time isn’t limited to just practicing. It includes listening to other music, reading about other musicians and composers, and allocating time to think.

While not necessarily household names, Kennerly and Coulton represent outliers in their respective niches. The regular publication of their creative output worked because they had already developed much of their skill, and equally as important, they knew how to develop an idea into a polished product. Kennerly photographed daily, but he didn’t publish work until he had time to contemplate the entire year’s worth of photos. Coulton had an aggressive weekly deadline, but he still had seven days to contemplate and develop an idea before publication.

The process of creative discipline through “photo a day” or “thing a week” projects can be immensely rewarding. The “self-inflicted” exercise provides an obvious structure for creative output, and is particularly compelling around the new year. And while I have the greatest respect for photographers who undertake and successfully complete such a project, I think it’s a fallacy to believe that you need to publicly show your work as proof of your commitment.

If you get annoyed when your friends share every workout, if you impugn millenials for “participation stars,” then perhaps you’ll understand why I believe the motivation to improve creative expression can’t require external validation. Photo-a-day projects provide predictable repetition, but they don’t necessarily address skill gaps. You won’t become a better portraitist by simply taking a photo every day. Addressing knowledge gaps in lighting, posing, or putting your subject at ease are competency-based milestones that provide more tangible benefit than taking a daily portrait without self-critique.

The real goal of a photo-a-day shouldn’t be a photo a day, but rather a tangible improvement at the end of a prescribed period of time. So shoot and Instagram all you want, just don’t expect your audience to share your enthusiasm.