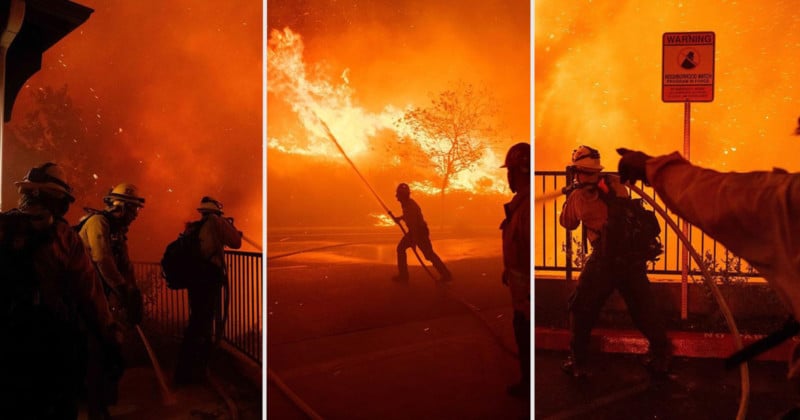 A couple of months ago, Pelican launched the “Portraits of Protection” photo competition, a monthly contest that encourages photographers to “immortalize heroes who’ve stepped forward in the face of danger.” And the very first winner of that contest was just announced.

Freelance photojournalist Christian Monterrosa claimed the honor of being the very first photographer to be recognized by this contest, thanks to a series of images he captured while documenting the Saddleridge Fire in Sylmar, CA.

“I’m a photojournalist and I was covering the Saddleridge Fire in Sylmar, CA. I noticed a pocket of homes in the path of the fire and headed for the neighborhood to document any evacuation efforts,” Monterrosa tells PetaPixel. “When I arrived, Zach Hanson and his engine crew were already hard at work battling the flames that quickly surrounded us and the neighborhood and I spent the better part of an hour documenting the intense firefight that was taking place.”

Here are the images he captured, which show Hanson and his crew battling the wildfire during a grueling 36-hour shift: 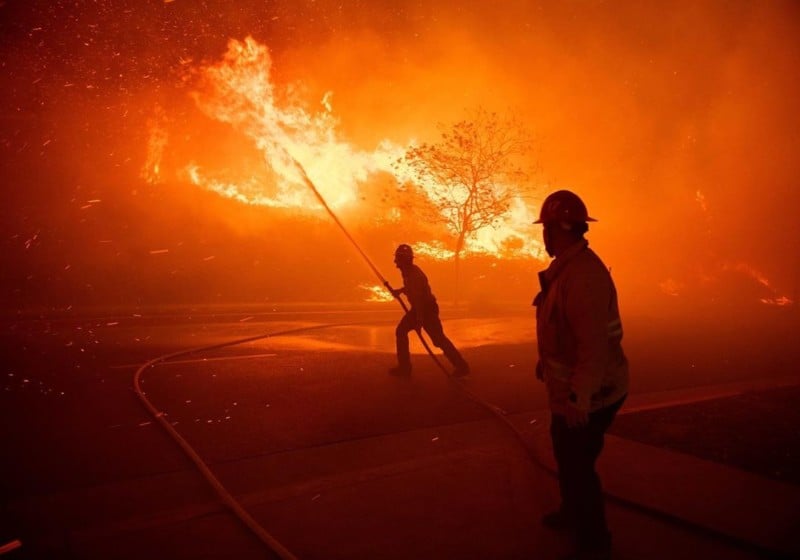 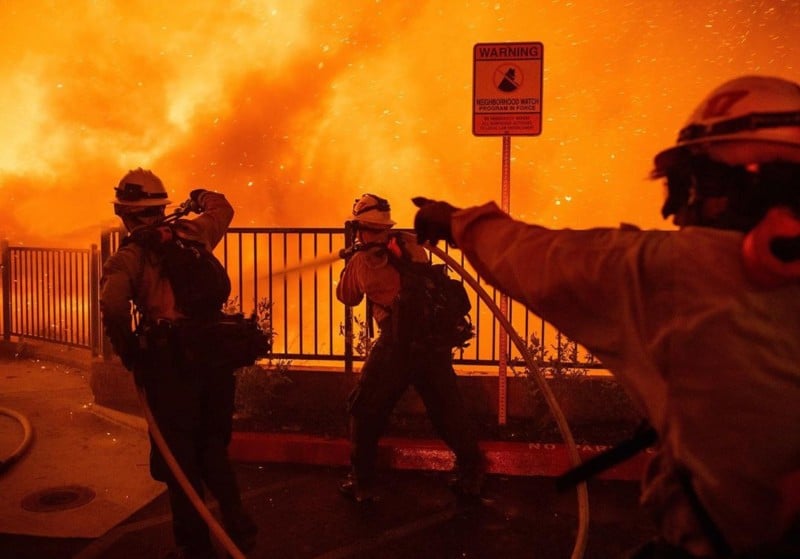 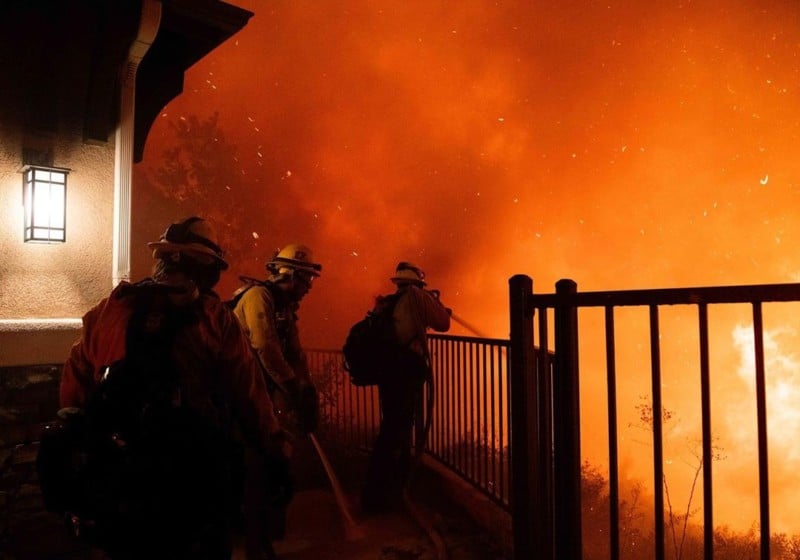 For those who are wondering, the photos were captured with a Nikon D850 and NIKKOR 24-70mm f/2.8 lens, but camera settings and lensing are hardly the most challenging parts of this particular job.

“Documenting wildfire comes with countless challenges. Flying debris, extreme heat, a dark environment with the lighting situation constantly changing makes a tough environment to make pictures,” explains Monterrosa. “When shooting, I wear the same fire resistant gear that wildland firefighters wear including a helmet, goggles, gloves, and fire resistant boots to make sure I am protected from flying embers and debris.”

Fortunately, in this case, all of the preparation and risk has earned him a little bit of recognition and $500 worth of Pelican gear.

To see more of Monterrosa’s photography, be sure to give him a follow on Instagram, where you can also find firefighter Zach Hanson whose crew are the subject of these images. To learn more about the Portraits of Protection contest, visit the Pelican site or keep an eye on the brand’s Instagram account.

Image credits: Photos by Christian Monterrosa and used with permission.

5 Ways You Can Use a Softbox to Shoot Stunning Portraits