Following up on their popular video from a couple of months ago, YouTuber Andrew Levitt, videographer Jacob Phillips, and photographer Taylor Gray recently set out to re-create Apple’s macOS Catalina wallpaper. They hiked many miles, had to contend with crazy winds, and had a run-in with the police… but darn it, they got the shot!

This trip—the whole project, really—was inspired by the fact that all of Apple’s macOS recent wallpapers were shot within a few hours drive of Levitt’s home in California. And after successfully recreating the Mojave, Sierra, High Sierra, El Capitan, and Yosemite wallpapers in their first video, they set out to Catalina Island to see if they could capture the aerial shot that many of our readers are no doubt still sporting on their Macs today. 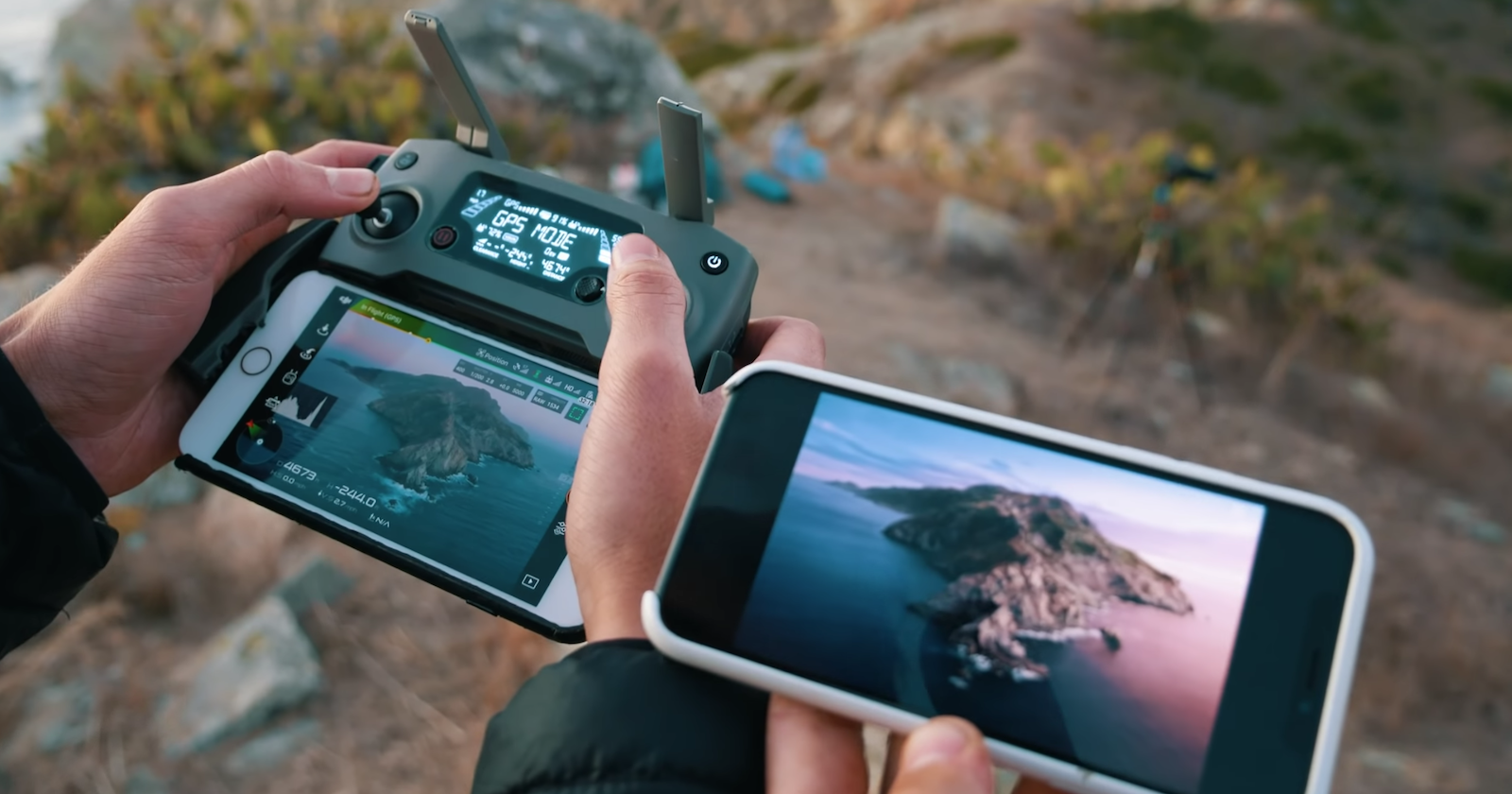 This was easily the most challenging shot yet. Over the course of their adventure they had to hike to the most remote end of Catalina, wait for sunset, hope that they didn’t lose their drone while trying to recreate the shot, and then hike all the way back across the narrow ridge of the island to their starting point from two days before… in the dark… while dodging giant spiders.

To make matters worse, as they made their way back, they ended up getting picked up by the police because you’re not actually allowed to hike on Catalina at night… oops.

Some of the shots from their first video were only sort-of close to the original macOS wallpapers, but they absolutely nailed this one. Despite the original being taken from a helicopter, the trio were able to capture a nearly identical frame using only a drone: 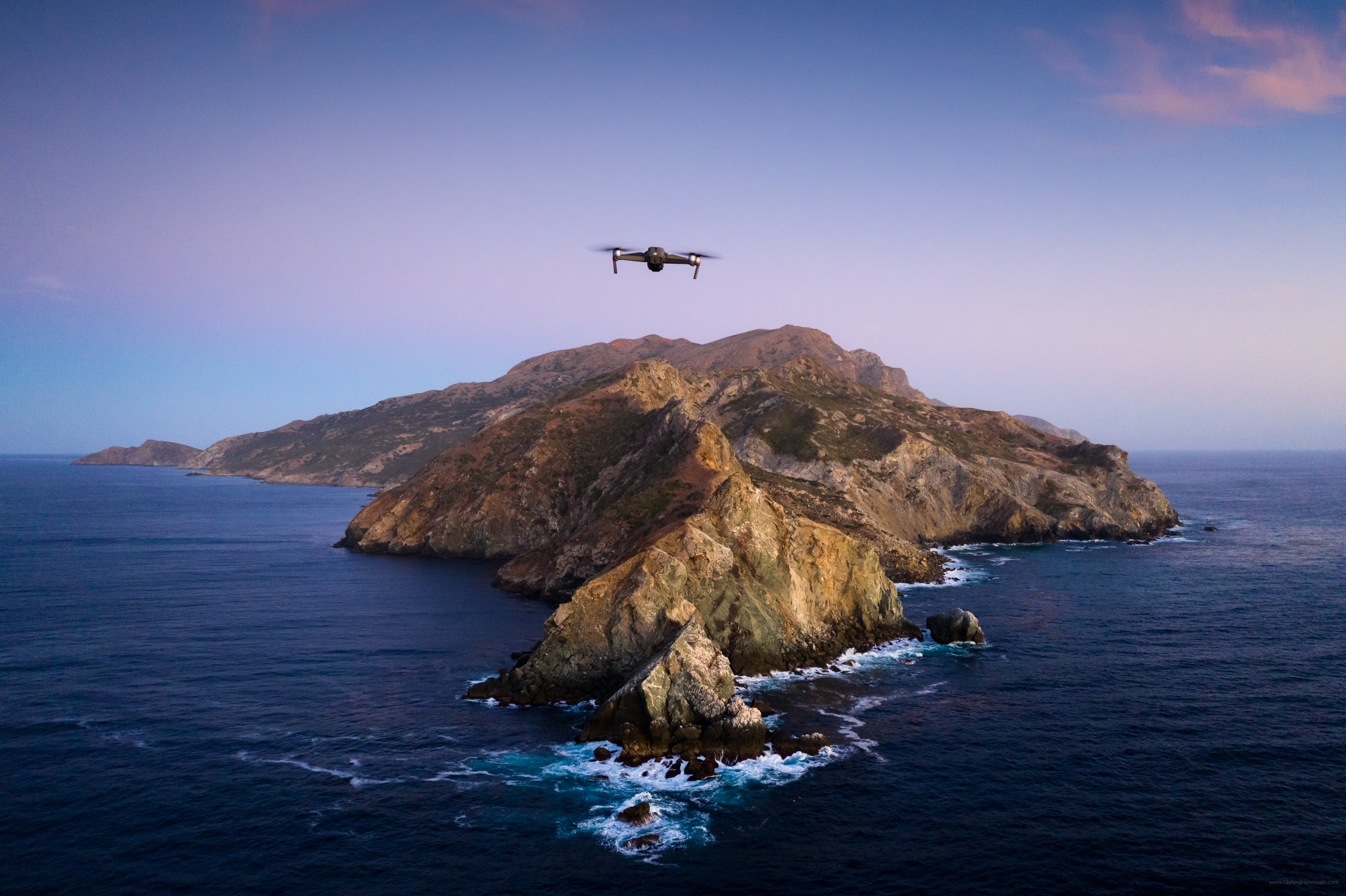 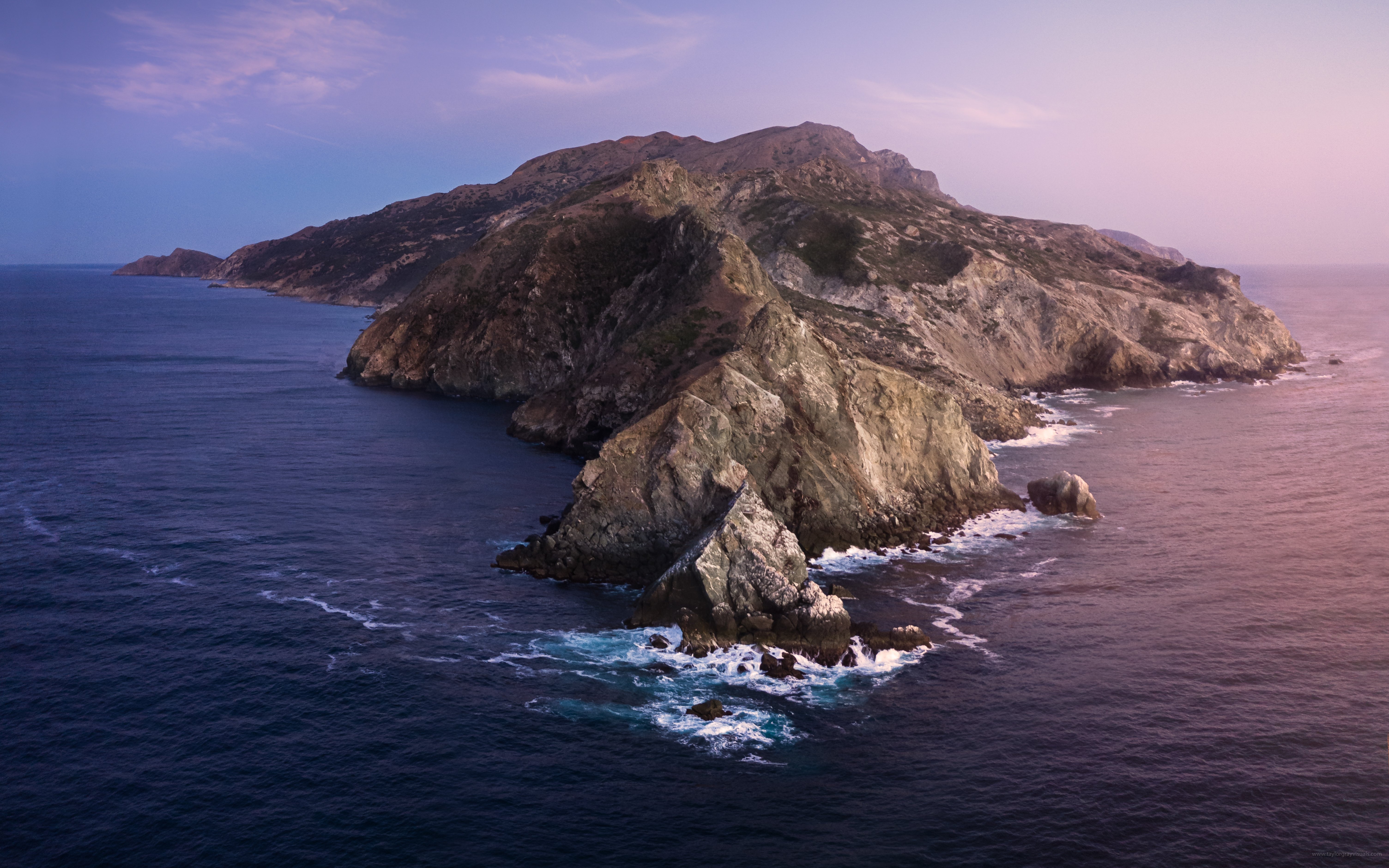 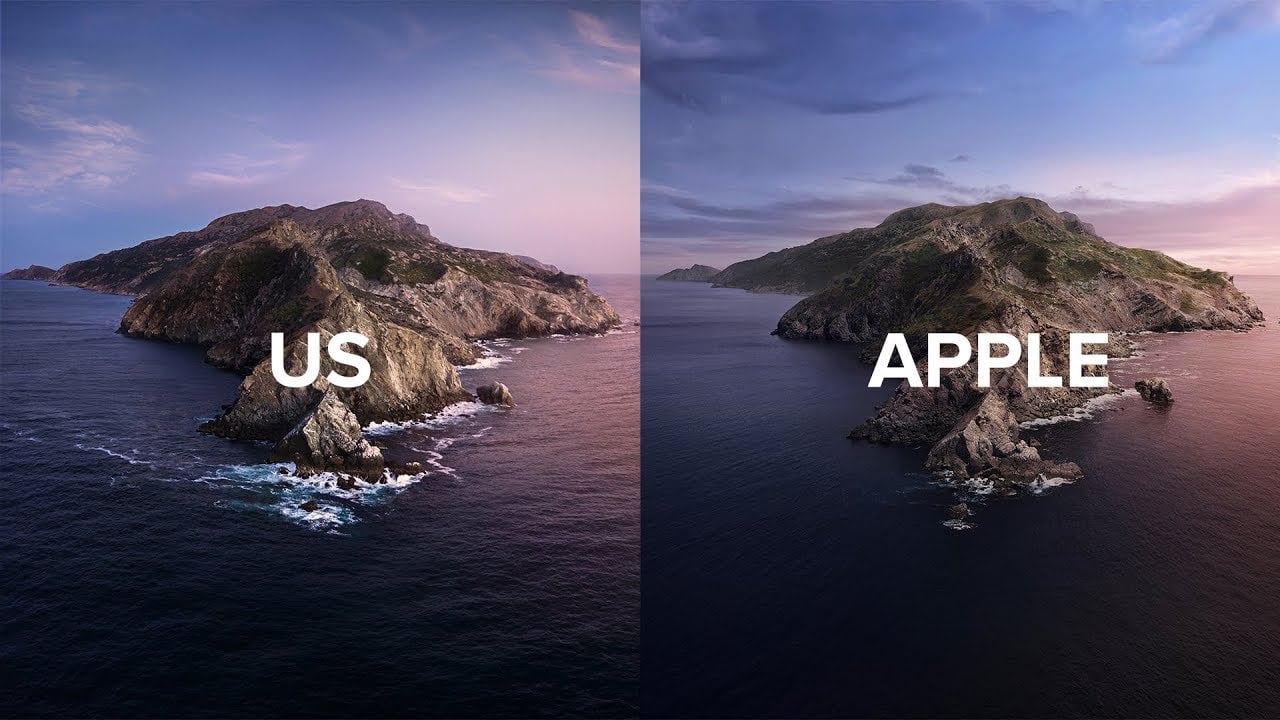 Check out the full video up top to see all of the drama and work that it took to capture this one, simple frame; check out the original Us vs Apple video; and if you like this frame, head over to this link where you can download the final image and some of the BTS shots for your personal use.

Kudos to Levitt, Phillips, and Gray: they knocked this one out of the park.