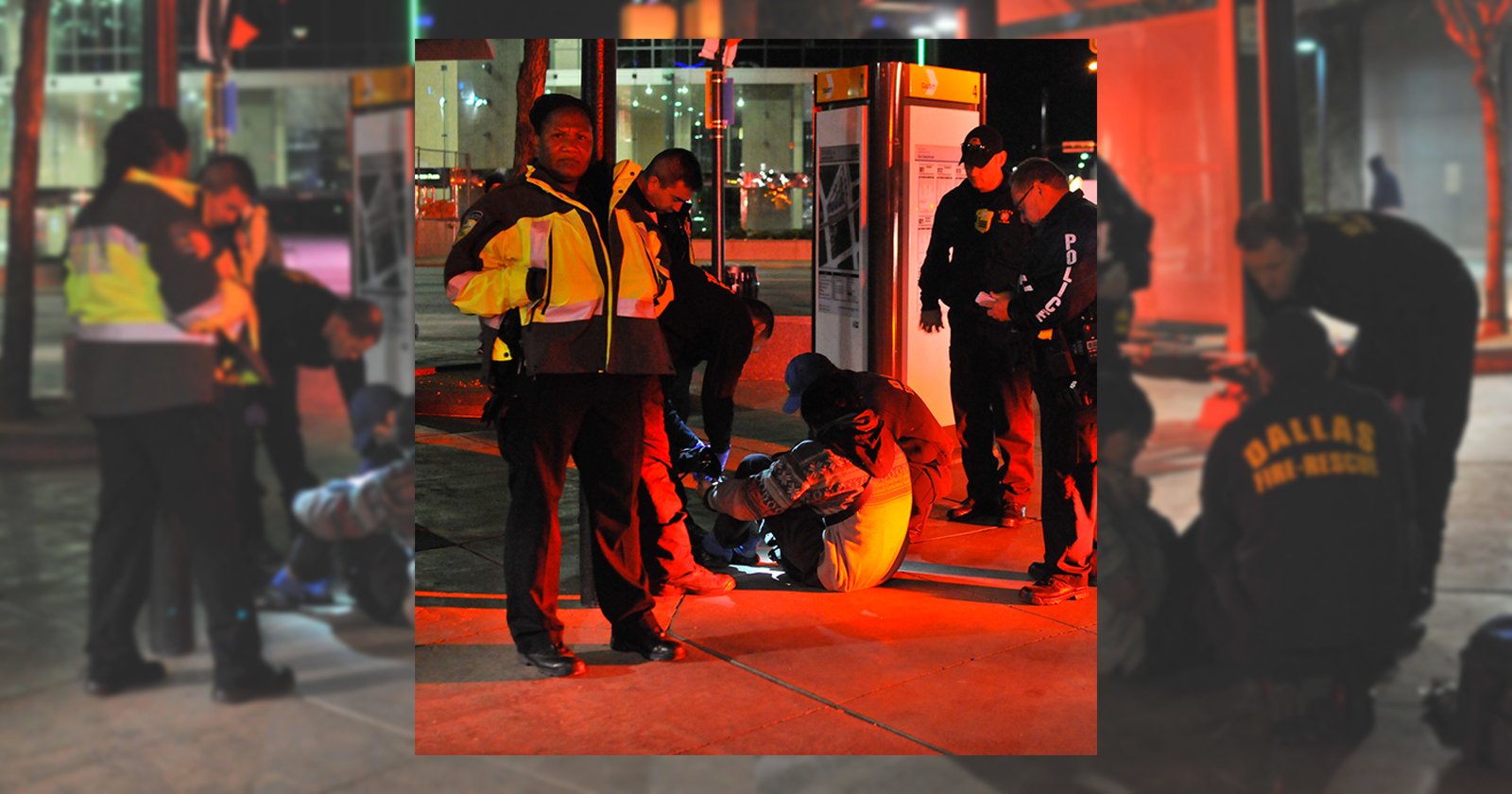 The Dallas Area Rapid Transit system (DART) has agreed to pay blogger and photojournalist Avi Adelman $345,000 to settle a lawsuit in which Adelman alleged that he was illegally arrested for taking photos of someone being treated for an overdose.

The incident in question took place over three years ago, in February of 2016, when Adelman rushed to the scene of an overdose that was taking place on DART property. Adelman was documenting the victim as he was being treated by paramedics, when a DART officer approached him and demanded that he stop taking pictures and leave.

After refusing to stop and leave the scene several times, officer Stephanie Branch arrested him for criminal trespass (i.e. not having a transit pass). The entire interaction was captured by the officer’s Sony recorder:

The charge was dropped a week later and Officer Branch was disciplined for the arrest, but Adelman chose to sue both DART and Branch for infringing on his first, fourth and fourteenth amendment rights.

Despite both defendants trying to get the case thrown out multiple times—arguing, in part, that Branch believed Adelman was violating HIPPA medical privacy laws by photographing the victim while getting treatment—a federal judge in Dallas and the Fifth Circuit Court of Appeals both sided with Adelman, allowing the civil rights case to go forward.

All of this back and forth finally ended this week, when the DART board of directors decided to pay Adelman the requested settlement of $345,000 by a vote of 14-1. 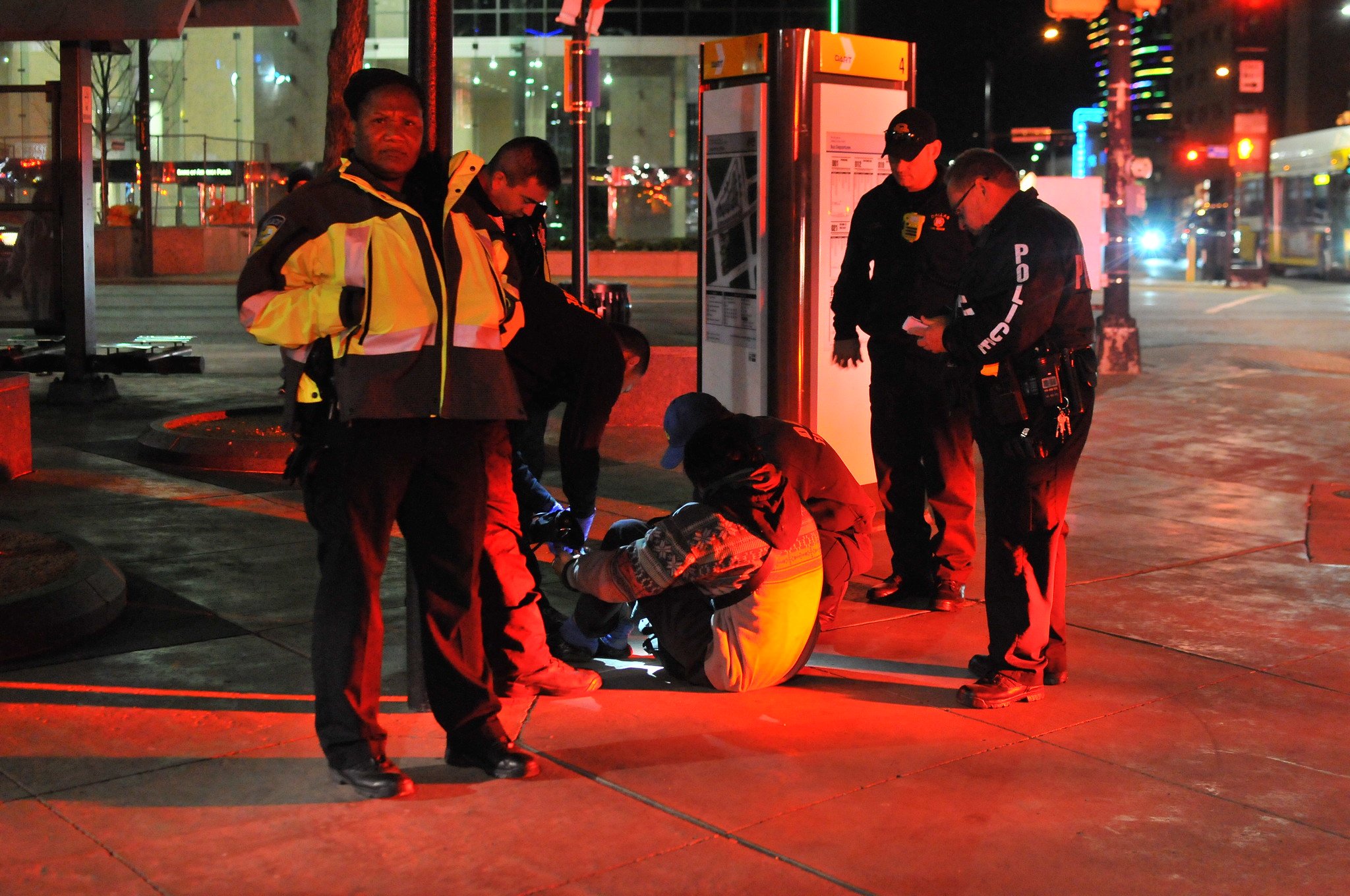 Adelman—a member of the National Press Photographer’s Association and the Society of Professional Journalist—considers this a major win for photojournalists everywhere.

“I was arrested – and spent a day in jail – on a bogus ‘throw-down’ charge of criminal trespass for one reason only: To stop me from taking photographs of paramedics treating a patient in public view on public property, which is a lawful activity and not a HIPAA violation,” said Adelman in a press release published earlier this week. “The subjective personal opinions of LEO personnel should never be allowed to interfere with lawful and protected First Amendment activities.”

In light of this settlement, he will be donating $2,500 to the NPPA’s advocacy efforts, another $2,500 to the Freedom of Information Foundation of Texas, and has promised to “work with, and support, First Amendment advocacy groups to make sure arrests like this never happen again, and to defend the photographer vigorously when it does happen.”

Finally, lest this three-year-long case between Mr. Adelman and a law enforcement officer give anybody the impression that he is anti-police, he also wanted to make clear that the majority of officers he has interacted with have allowed him to do his job unencumbered.

“Ninety percent of the officers I encounter at police scenes just ignore the camera or cellphones. Five percent are asking, ‘Can you Photoshop my gut to a better size?’” says Adelman. “The last five percent are just pure ——-, and sadly, I keep running into those guys.”

Image credits: All photos by Avi Adelman, CC BY 2.0.