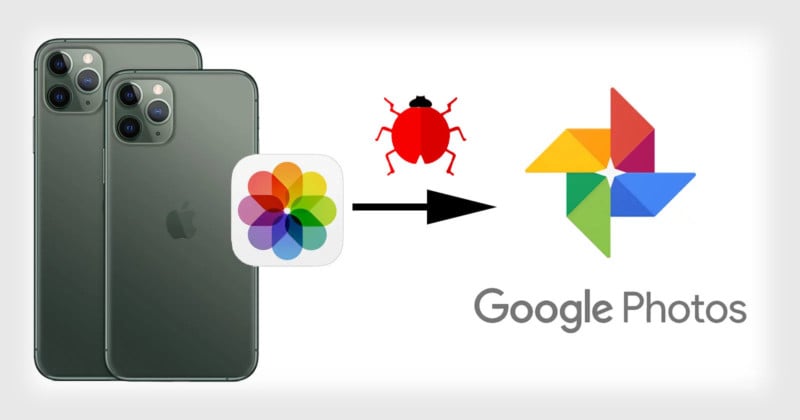 Well, it was fun while it lasted. We reported over the weekend that iPhone users have been enjoying free and unlimited original-quality photo backups through Google Photos thanks to the ultra-efficient HEIC file format. Google is now calling it a “bug” and saying that it will be fixed.

As a quick rehash: Google Photos’ free and unlimited photo hosting with two “downsides”: photos are compressed and must be under 16 megapixels in resolution. But because Google can’t compress HEIC files without using more space and computational power, it just stores them in their original quality. And because the iPhone maxes out at 12 megapixels, there’s no downsizing either.

This discovery made headlines over the past few days as iPhone users gloated over the fact that they enjoy unlimited original-quality Photos hosting while the new Google Pixel 4 doesn’t.

Unfortunately, that’s about to change.

In a short statement released to Android Police, a Google spokesperson states: “We are aware of this bug and are working to fix it.”

It’s unclear what Google plans to do as the fix, but the end result will likely be a hit to both itself and iPhone shooters.

“If Google mandated a conversion to JPEGs for free users, it would chew up more of its own resources and reducing quality for people used to seeing their photos untouched,” Engadget writes. “Effectively, it’d hurt functionality just to ensure that iOS and Android users were on equal footing.”

Barbie is Now a Photojournalist for National Geographic