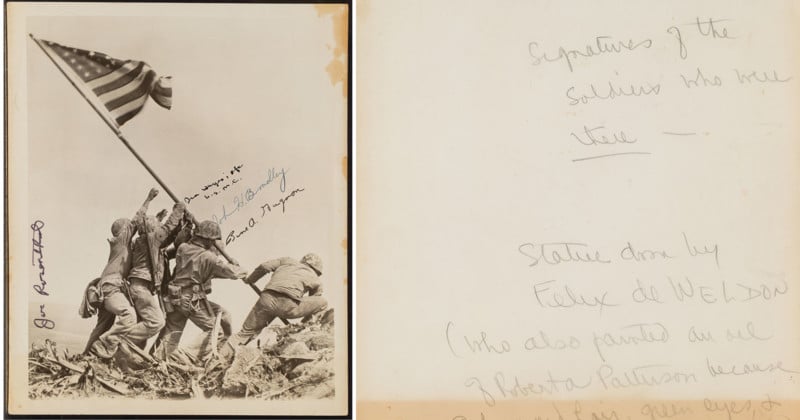 “Raising the Flag on Iwo Jima” by photographer Joe Rosenthal is one of the most iconic photos of World War II, and now a rare signed print of the photo is up for sale.

The print is one of the prized gems at the Photographs Auction by Heritage Auctions on October 4th in New York.

On the front of the print are four signatures: three by the only three marines in the photo who survived the battle (John Bradley, Rene Gagnon, and Ira Hayes) and one by photographer Joe Rosenthal, who passed away in 2006.

On the back is a scribbled message stating that the signatures on the front were by the soldiers who were there. 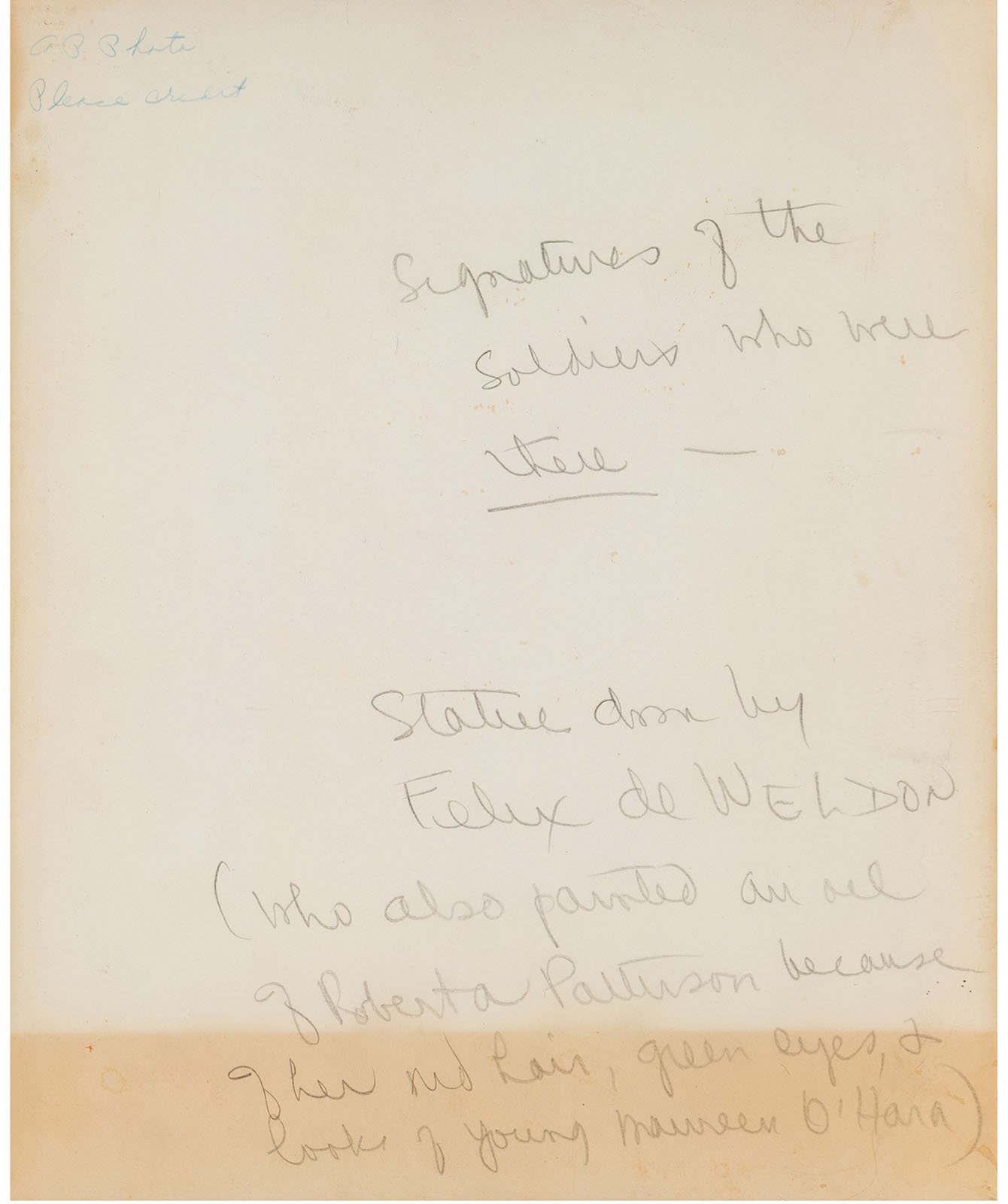 Here’s the auction house’s description of the well-known image:

Joe Rosenthal’s Raising the Flag on Mt. Surbachi, Iwo Jima, 1945 captures Marines as they raised an American flag after American forces captured Mount Surbachi, a dormant volcanic cone on the island of Iwo Jima, a small island halfway between the American long-range bombers on the Mariana Islands and the Japanese Mainland. The island was a strategic landmark, because it was part of the Japanese warning system, so claiming it became a priority for American forces who spent three days fighting for it.

There were two flag raisings on Mount Surbachi Feb. 23, 1945. The first flag raised was deemed too small, and replaced by the one in this iconic photo, in which six flag-raisers have been identified: Ira Hayes, Michael Strank, Franklin Sousley, Rene Gagnon, John Bradley, and Harlon Block. It was during the second flag raising that Rosenthal snapped his Pulitzer Prize-winning photo.

“The significance of this photo cannot be overstated,” says Heritage Auctions Photographs Director Nigel Russell. “The image captures one of the most iconic scenes in the history of the U.S. military […] By itself, the image is powerful, but to have it signed by three of the Marines who raised that flag, as well as by the photographer, makes this an undeniable rarity that can be the centerpiece of any historical or photographs collection.”

This Photographer Colorizes His Wet Plate Photos with Striking Results