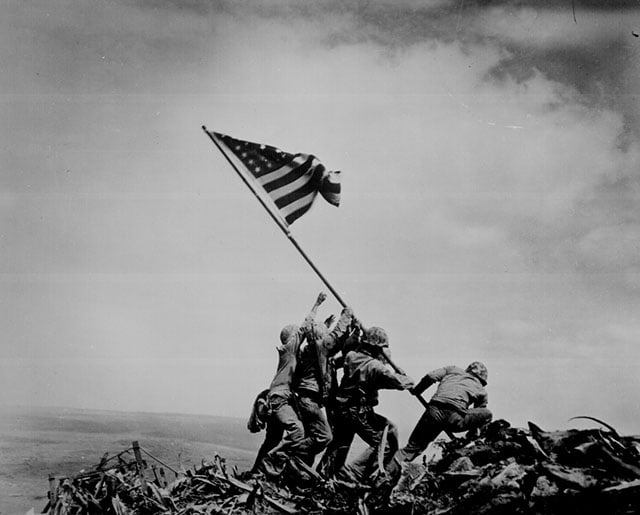 70 years ago today, photographer Joe Rosenthal captured a photograph of six US soldiers raising a flag on Mount Suribachi during the Battle of Iwo Jima in World War II. That photo (shown above), became an instant iconic image — these days we would say it “went viral” — and was published in thousands of publications around the world.

It went on to became the only photo to win a Pulitzer Prize in the same year it was published, and the image is now one of the most republished and recognizable photos of all time. 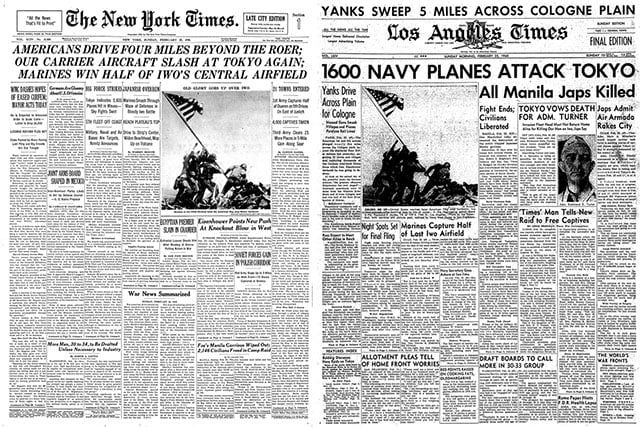 To mark the anniversary of this photo being exposed, the Associated Press, which owns the image, shared this two-and-a-half minute video in which Rosenthal tells the story of the capture in his own words:

Here’s the same flag raising captured in footage that was later colorized. The moment Rosenthal captured can be seen about one second into this clip:

Rosenthal’s iconic photograph is titled “Raising the Flag on Iwo Jima.” Three of the Marines in it were killed in action shortly after the photo was snapped, while the other three soldiers went on to become celebrities after they were identified.

This Apple iPad Commercial Was Shot with the iPad