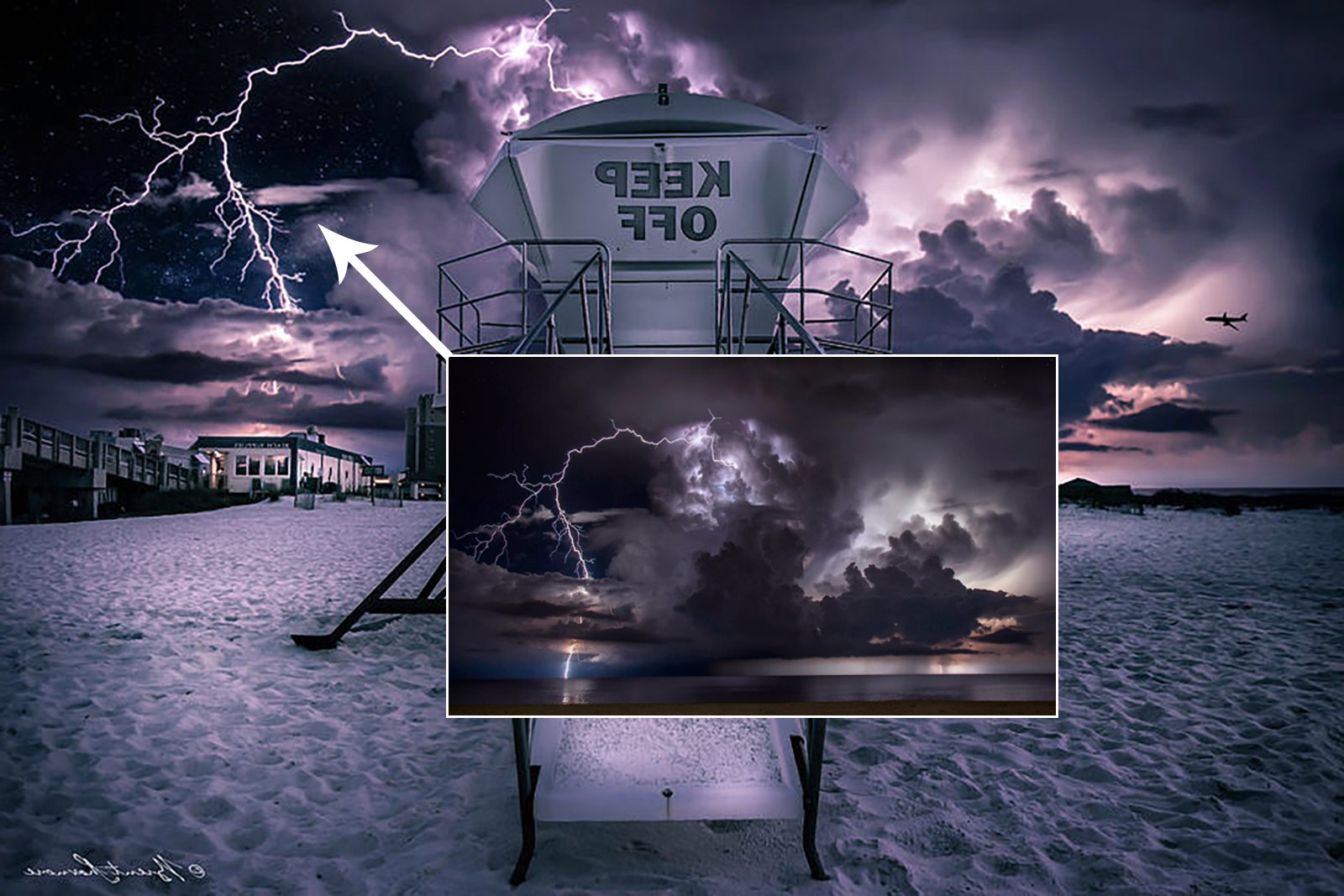 No fewer than 5 different sources sent us the same article this morning from photographer Jason Weingart, in which the extreme weather photog accuses digital artist Brent Shavnore of willfully stealing his images, calling him a “thief, poser, coward, and a liar.” Shavnore tells PetaPixel that the entire issue is a misunderstanding, and accuses Weingart of being “childish.”

Shavnore is a digital artist who mainly creates fantastical scenes by compositing images of extreme weather over cityscapes and other locations in Photoshop. His creations are quite popular, earning him over 130K followers on Instagram.

Weingart, a landscape and extreme weather photographer, discovered Shavnore’s work only recently when he found that several of his images had been used without permission in Shavnore’s composites over the years. When he discovered this issue, Weingart immediately went to Instagram and issued a takedown request, at which point he received the following email from Shavnore.

“I would first like to apologize for the mis-understanding,” writes Shavnore. “I buy all of my images from Shutterstock and Adobe Stock and have licenses for everything I blend together – if you did not authorize your work on Shutterstock or Adobe Stock please let me know which ones are yours so I can notify them and remove them from my page.”

Up until this point, the interaction had been quite civil. However, Weingart wasn’t buying it. After digging further into Shavnore’s archives, he found 11 instances of his work being used on his website, posted for sale on Fine Art America, and even an image that had gotten popular and was credited to Shavnore on Snopes.

“Just to be safe, I searched every thunderstorm image on Adobe Stock and Shutterstock, but found no instances of my work posted for sale on the sites he suggested he purchased them from,” writes Weingart on his blog. “Honestly, I didn’t expect to. His story reeked of BS, but best to be certain.” 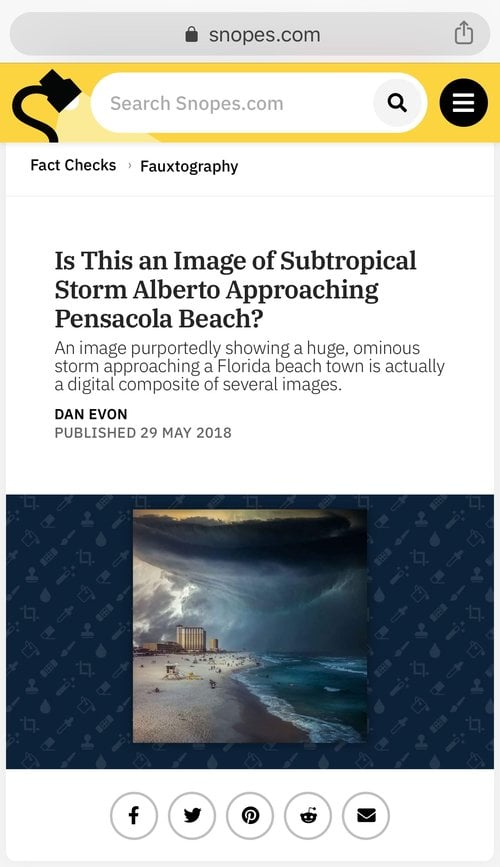 Weingart immediately followed up with Shavnore, sending the two emails below asking for proof that these images were licensed, since he couldn’t find these photos on either Shutterstock or Adobe Stock:

After Shavnore ignored these emails, Weingart sent him an invoice to the tune of $9,222.50 for unauthorized commercial use of 3 images (11 total uses), drafted the post that is currently live on his blog, and reached out to Shavnore one more time for comment. He received no response, and published the post without pulling any punches, writing that Shavnore is “a thief, poser, coward, and a liar” whose work “is pure trash that preys on ignorance.”

Of course, as soon as we received these tips, we reached out to Shavnore for comment or clarification, and received a response within 30 minutes. He claims that this is a simple misunderstanding/mistake, and accuses Weingart of “playing childish games on social media.” In his email to us, he claimed the photos were pulled from Pixabay, back before he had the funds to use Shutterstock and Adobe Stock for all of his composites.

“I was not sure what photos he was referring to at first—as everything I have been blending together is stock photography from Shutterstock (which I have hundreds of licenses for) so I assumed it was one of my Shutterstock composites,” he tells PetaPixel. “Looking back at the photos he is referring to, I believe they were from Pixabay a few years ago.”

“When I first started blending photos, I would make sure that I would get them from a free stock photography website like Pixabay and a few other sites-it wasn’t until things really started gaining traction that I transitioned from free-stock photos to paid stock photos,” he continued. “The problem with the free sites is people upload work that is not theirs and pass it off as being royalty free and you run into problems like this.”

Shavnore emphasized that it is no secret he uses stock photos, pointing us to his tutorial video embedded below and offering to send PetaPixel license numbers for all of his work and explain the process.

“I respect photographers rights and would never steal something intentionally. As soon as he identified the photos, they were removed and I apologized for the miscommunication,” he told us. “Mr. Jason and his friends are currently going through my friends list sending messages to all of my friends spreading the false news – which in my mind is pretty immature and harassment. If he feels there is a legal situation, then the best way to handle this is going to be through an attorney, not playing childish games on social media.”

When we spoke with Weingart ahead of publishing this report, he told us that he is indeed exploring legal options, and still hadn’t heard back from Shavnore.

“I just spoke with my legal counsel and they are exploring the possibility of taking Brent to court,” he tells PetaPixel. “It basically comes down to if we think we would actually see any damages but it’s also a matter of showing this kind of thing will not be allowed to happen.”

This incident—be it an honest mistake as Shavnore claims, or willful infringement as Weingart maintains—raises two important questions.

First, does Shavnore’s use qualify as infringement, since appropriation like this is often (controversially) considered fair use by the courts. And second, if Shavnore did indeed download these images off of a free stock website like Pixabay (or Unsplash), who is responsible: Shavnore for not double-checking the copyright status of the works, Pixabay for allowing them to be posted as royalty free stock, or the Pixabay user who posted them?

Let us know your thoughts in the comments.

Image credits: All screenshots by Jason Weingart and used with permission.

The DSLR vs Mirrorless Debate is Silly, Here’s Why