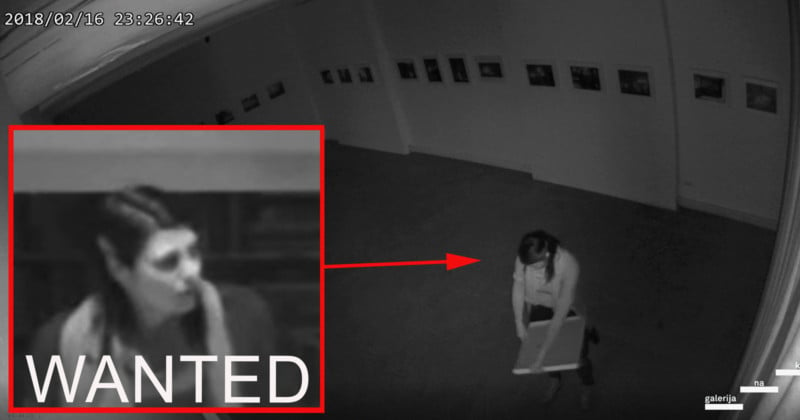 An art gallery in Croatia is asking the public for help in identifying a thief who stole a photo from an exhibition. But the gallery isn’t trying to put the woman behind bars — it wants to give her the opportunity of curating an exhibition.

You read that right. The gallery wants the photo thief to help put together a future show.

On February 16th, 2018, a woman walked into a room containing the first photo exhibition by Croatian photographer Goran Pavletić at the Upper Floor Gallery in Zagreb, Croatia. She removed a single framed photograph from the wall, carefully removed the print from the frame, placed the frame back on the wall, rolled up the photo, and then walked away with it.

The entire theft was captured by multiple security cameras. 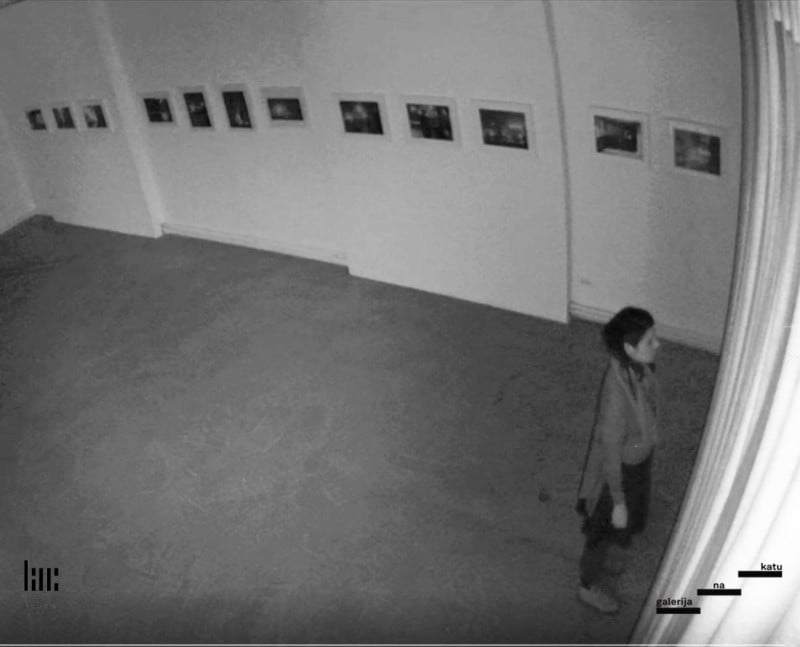 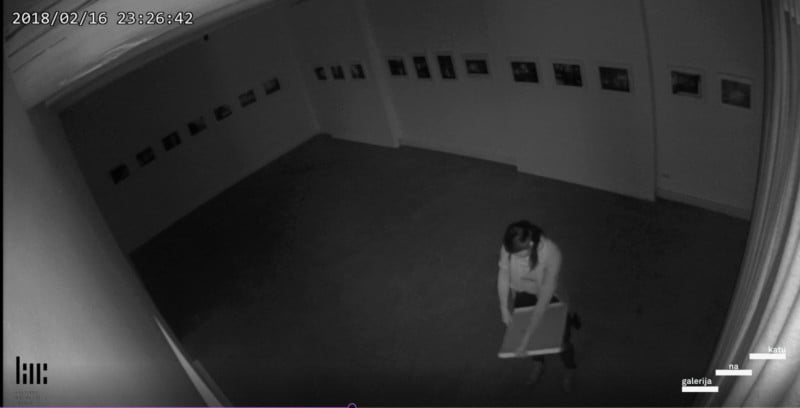 Here’s the 1m47s security camera footage that follows the woman’s steps and documents her actions, starting from when she got up from her seat at the cafe downstairs:

“The Upper Floor Gallery is proud to have chosen an artist that has ignited such a strong response in the audience, prompting an as yet unknown fan of photography to resort to theft,” gallery director Emil Matešić says. “We concluded that we have a genuine art lover on our hands, from her treatment of the photograph she stole […]”

Since the woman so obviously values modern photographic art, the gallery is hoping to make her an offer.

“Although we are aware that what we have here is an illegal act, we are first and foremost deeply moved by her motives, especially today when we are witnessing an omnipresent and intense devaluation of contemporary art,” Matešić continues. “In light of all this, and in awe of the risk and meticulousness of the thief, [Matešić] is offering her a complete amnesty from prosecution and a chance for her to curate a photography exhibition in Upper floor gallery alongside him.”

Matešić says he’s willing to drop all charges if she contacts the gallery and asks for amnesty.

Matešić’s public appeal has been picked up by local newspapers in Croatia, but the hunt for the thief is still ongoing. 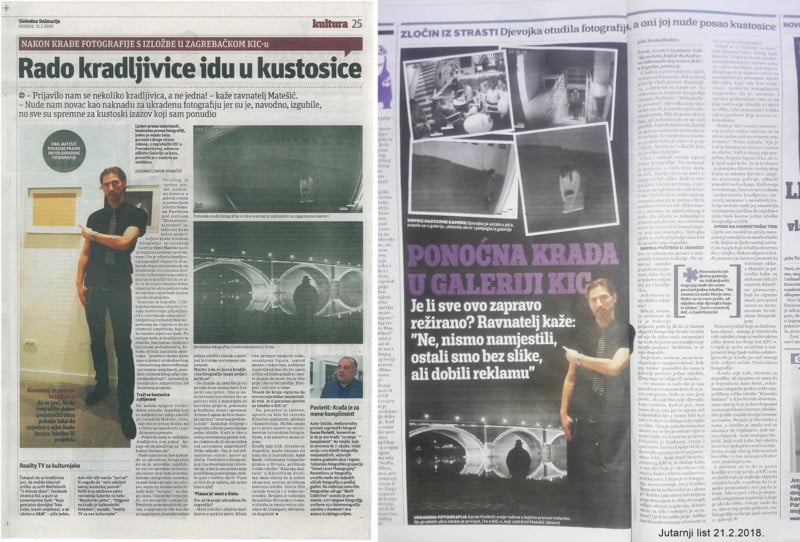 “If she chooses to contact us, she will have a chance to show the public her good taste and curating skills in an exhibition or art project of her own choice,” Matešić says.