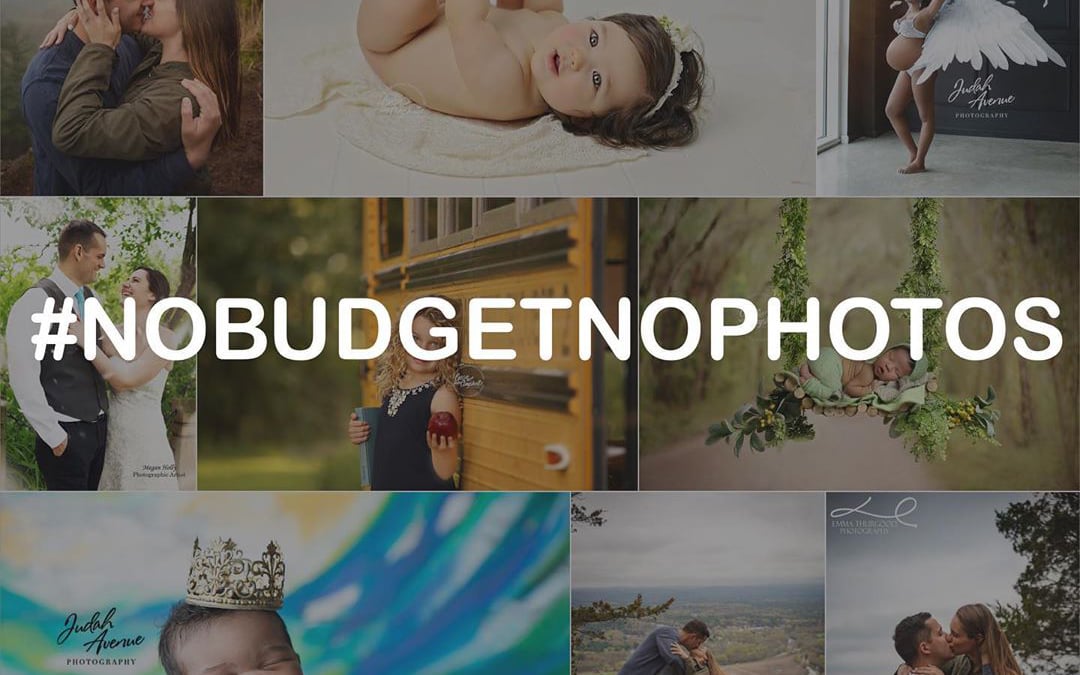 Photography is an art and a commercial business. As a black-owned, woman-run business, Judah Avenue is both a passion project and an entrepreneurial breakthrough for me. I quit corporate America to pursue my art. As a girl who was born and raised in Ghana, that simply wasn’t something that was ever presented as a viable path for me.

As much as I appreciate whenever someone compliments or expresses admiration for my photography, there’s no shying away from the fact that in order for this to work as a business, I have to sweat the details, the dollars and all of the cents. Because my staff, my clients and my family depend on this. 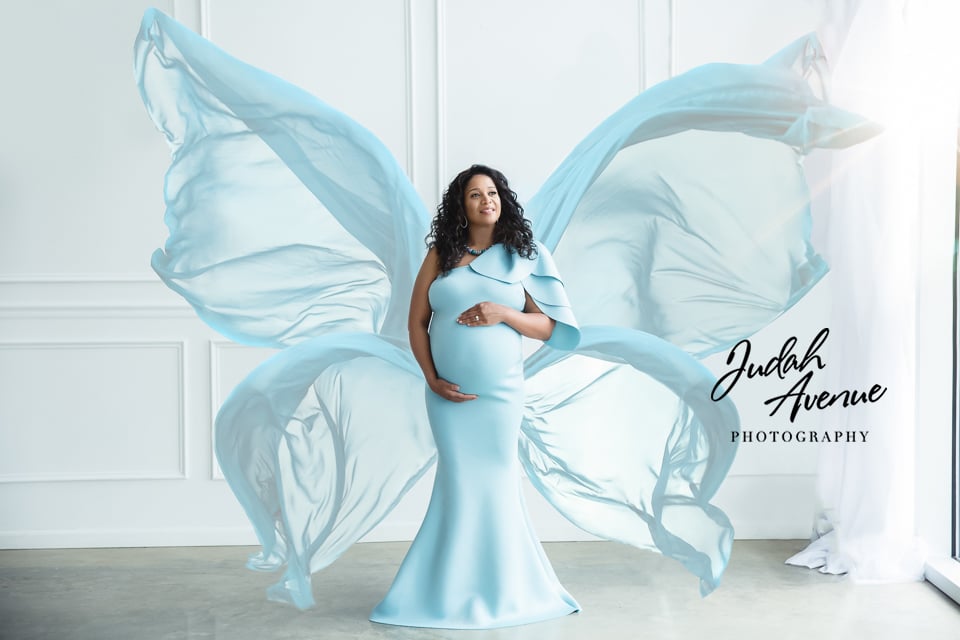 So when Shutterfly reached out to me via email to say that they had seen a few of the images from my Christmas sessions that they’d like to use for their marketing, I was flattered. After all, Shutterfly is a multi-billion-dollar company who recently acquired Lifetouch, the photography company that takes your kids’ school pictures.

I promptly told the lady who reached out to me on behalf of Shutterfly that I’d be happy for Shutterfly to feature my photography in their marketing, and I provided her with the fee for licensing each of my photos: $150 per image. This is aside from the cost of negotiations and compensation for the clients whose likeness would be used for said promotion/project. 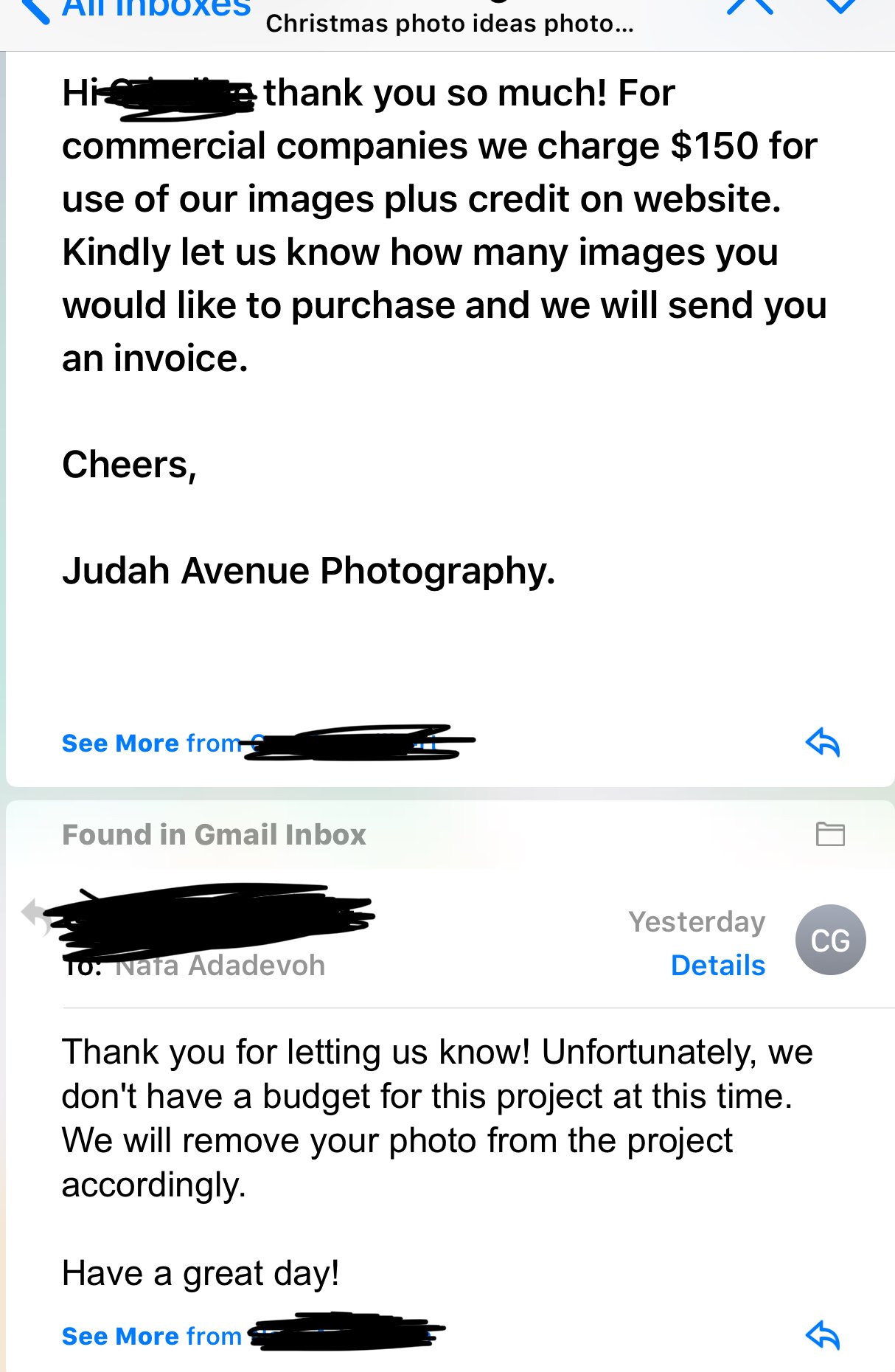 Upon receipt of my email, I received a response that informed me that Shutterfly didn’t have budget to pay to license photos they’d like to feature at this time, leaving me with nothing more than a credit and a link to my website for Shutterfly using my photos. 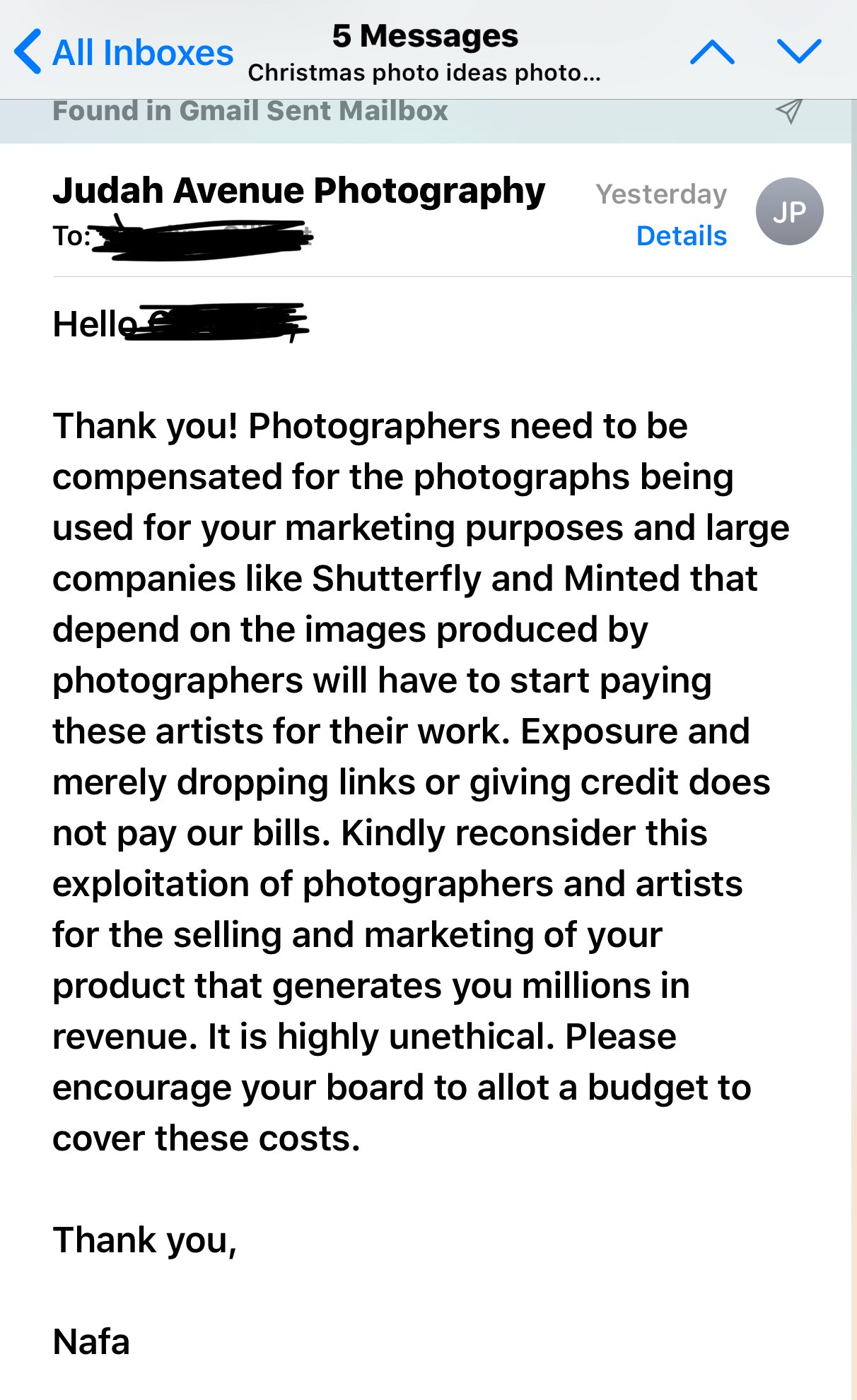 It’s been said once before but let me say it once again: Exposure doesn’t pay the bills.

Again: Shutterfly is a multi-billion-dollar company. Not having a budget to acquire photos they’d like to use to promote their product in their marketing is inexcusable, unethical and exploitative.

Normal production costs for marketing photoshoots would run into the thousands, with studio and gear rentals, model acquisition, wardrobe, styling, make-up and hair, editing and retouching etc. They are saving on all of these costs by crowd-sourcing their marketing assets on nothing more than the promise of a photo credit and a link.

Feeling frustrated by a major company seeking freebie handouts from small business photographers like myself, I took to a few photography Facebook groups to see if I was alone in feeling taken advantage of by major conglomerates like Shutterfly, Minted and even MGM, who sent us a form asking me to sign away all rights to our images.

The response I got from my fellow photographers was resounding. They railed against the indignity of the expectation that we as professional photographers should gift our creative assets and our clients’ precious memories for FREE.

Because it is an indignity. Is our work as professional photographers worth so little? 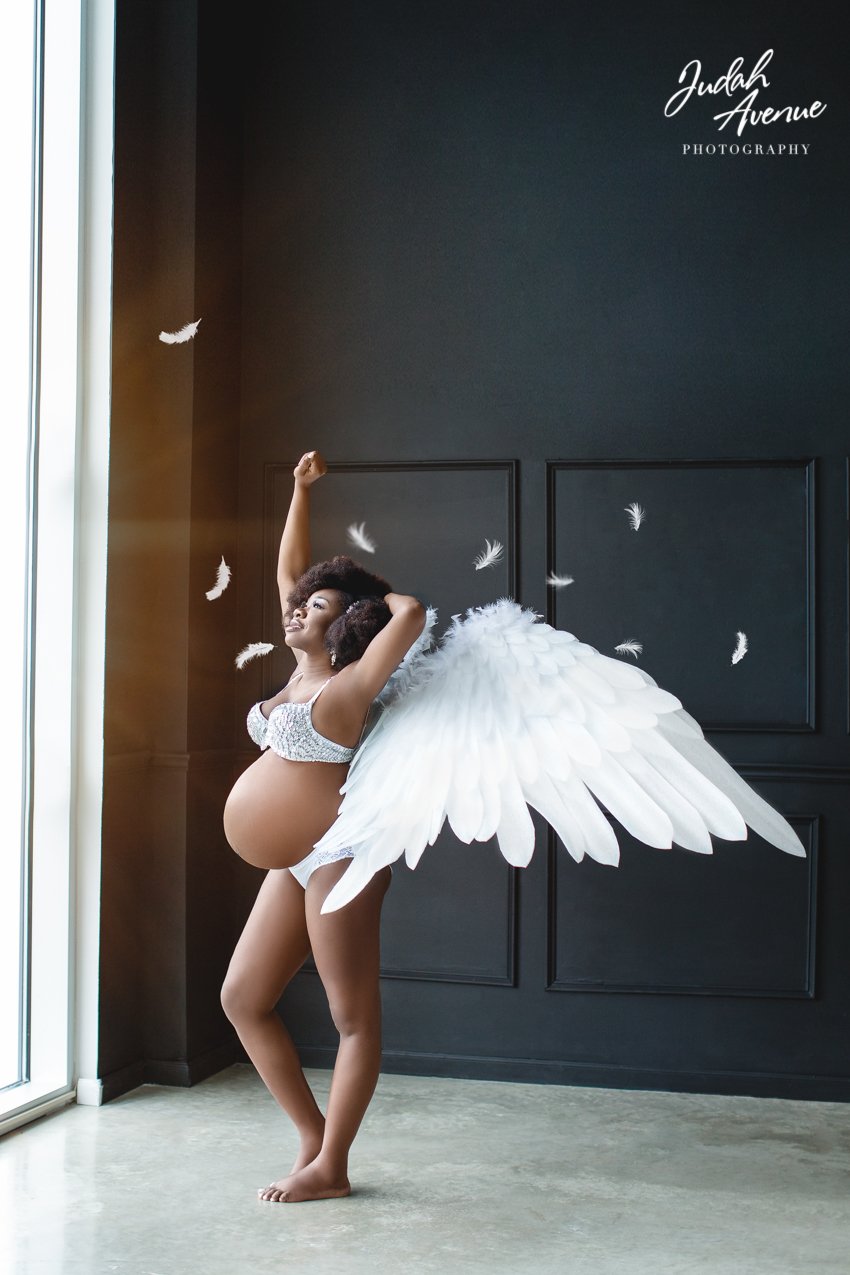 Emma Thurgood, a photographer based in Connecticut, wrote in support of this cause:

This isn’t unique to major brands and photographers. I’ve worked in the arts my entire life and creatives and artists of all kinds are continually asked by businesses, municipalities and NPOs to work for starvation wages or for free just because ‘it’s an honor to be chosen.’ It’s time for that to stop. The simple truth is that you cannot turn around without laying your hand or eyes on something that is the product of an artist’s mind and skill. Our entire way of life is influenced by the work of artists and we need to start recognizing their value with proper compensation for their creative assets. 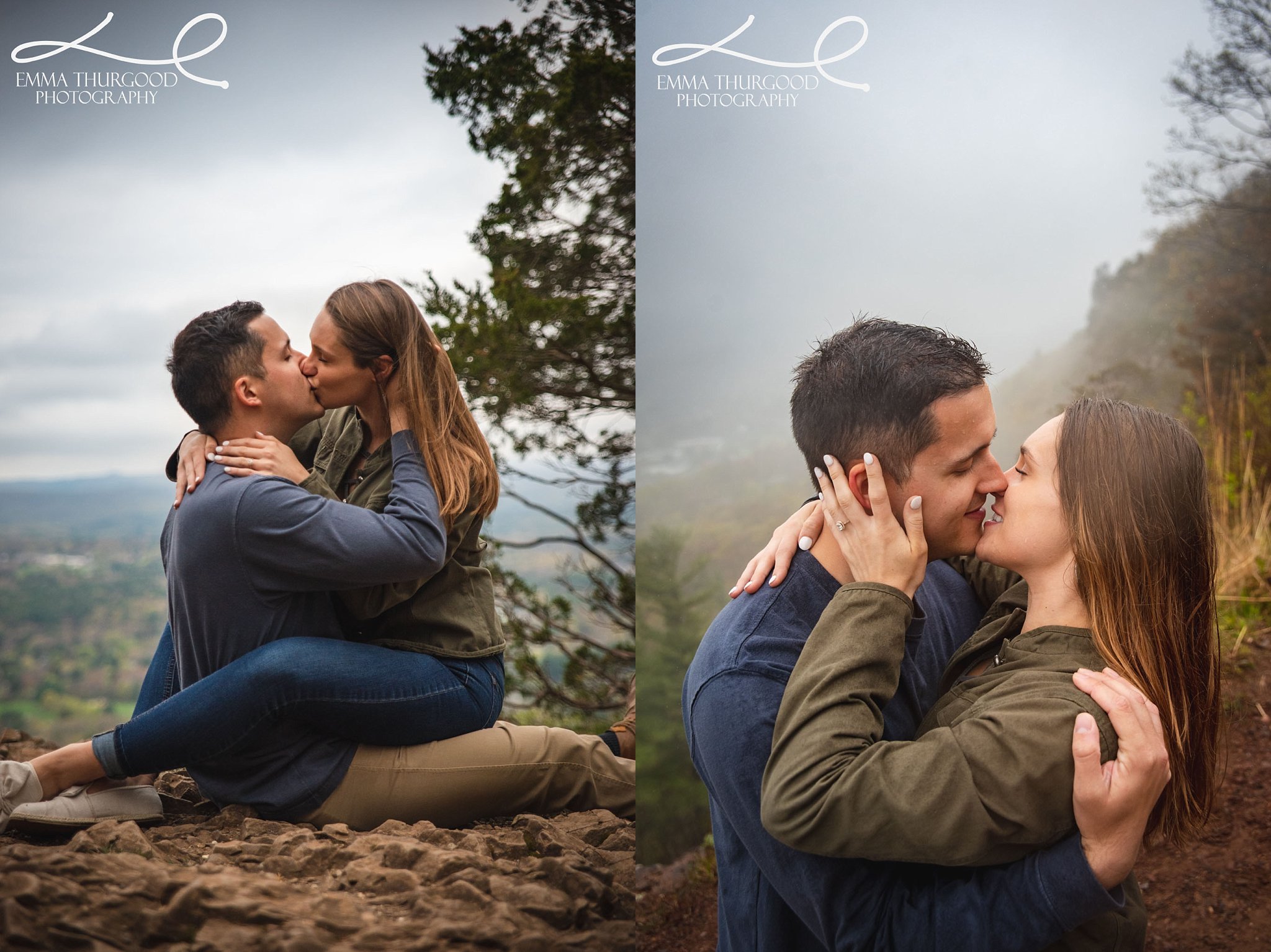 Cassie Clayshulte, a photographer based in South Carolina, pointed out that this erosion of photographers’ value and worth is part of a larger trend. 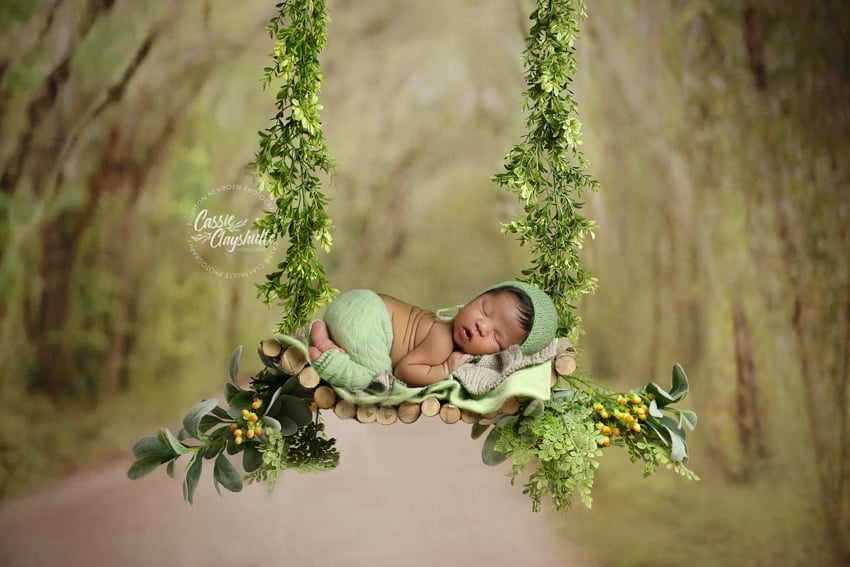 Megan Holly, a photographer based in the Chicagoland area also wrote:

As a multi-creative artist growing up and now working professionally in the artistic world, I have seen the utter disregard for the value which artists bring to society as a whole. It is an epidemic that is only becoming worse and fueled by the carelessness of companies like Shutterfly, Minted, and others alike. For anything to change, we must all stand together in order to make an impact and educate not only our fellow photographers and artists, but our clients, businesses, and large companies who think they can take advantage of those working to make a living, creating art, and igniting a passion. 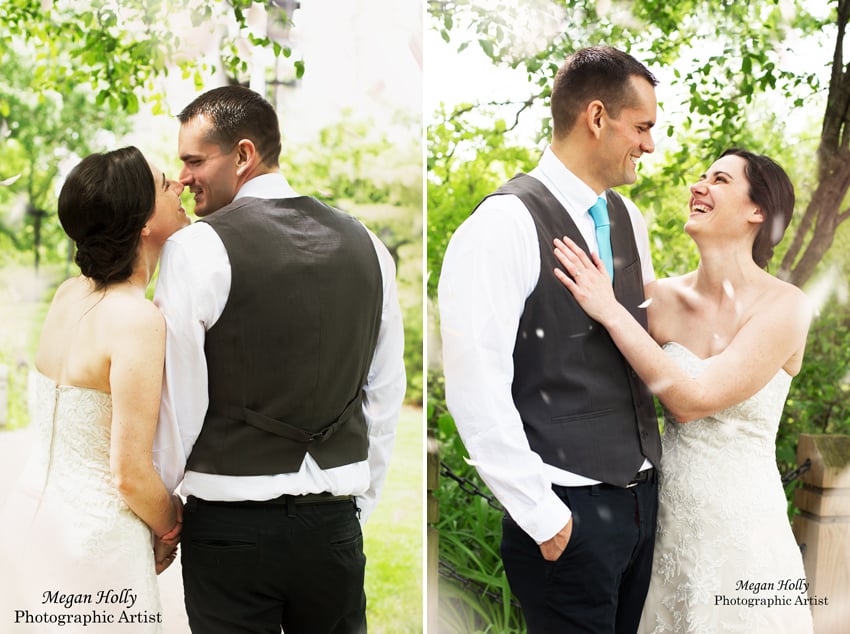 One person mentioned that she had received $200 in credit or product for her holiday cards; however, as Australia-based photographer Jode Maree pointed out, “If they were going to give you $200 worth of cards why couldn’t they just pay you $200 cash and you then pay for the cards?”

“The issue is that it sets it up so that others who don’t want to trade for cards won’t get the opportunity to be paid the cash they need when their image is requested,” continued Maree. “Trading sounds like fun till it hurts others in the industry. The only fair trade is cash for your work and then you can use that cash to buy their cards, or pay your bills or whatever else.”

Shutterfly and Minted themselves are industry disruptors, just like Uber has done to taxis. Photography is not immune to the forces of market innovation and disruption. This is an industry where photographers routinely used to net $3,000 or more in portrait sessions thanks to selling not just the photos but also the printed products.

Today, many photographers are not able to sustain their businesses because the revenue they could count on in the past from prints has shifted to major corporations like Shutterfly and Minted, as more customers opt to take their digital files and print themselves.

But it is completely unfair and unreasonable to expect that the same businesses whose models you are disrupting should also provide your company with free marketing collateral. That’s like asking a chicken to hold the knife while you chop off its head. 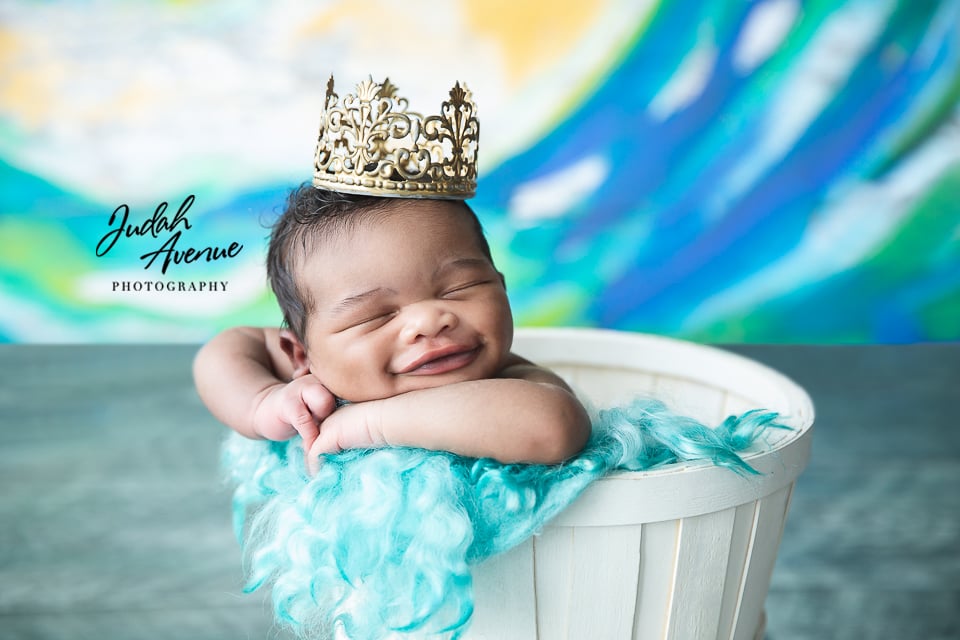 If you’re interested in making a difference, we are writing to Ellen because she routinely gives out checks in the tens of thousands on her show from Shutterfly for people in need, and that’s beautiful! But I think charity should begin at home, and a company that gives out $2 million in charity for promotion on a nationally syndicated daytime talk show should also allot a budget to license photographs properly instead of begging for hand-outs from small business photographers who may be struggling themselves.

Or you can simply refuse to give your photographs to these large companies for free.

The response that they do not have a budget to pay photographers for use of their professional photos is not acceptable.

Rachel McMillan, a photographer from Stokesdale, North Carolina, summed it up perfectly: “No budget = no photos”

About the author: Nafa Ribeiro is a wedding and newborn photographer, and founder of the photo studio Judah Avenue. The opinions expressed in this article are solely those of its author. To see more Nafa’s work, head over to the Judah Avenue website or follow the studio on Instagram. This article was also published here, and is being republished with permission.

Nikon to Announce D6 Next Week, Will Feature IBIS and Improved AF: Report

Climate Activists Hope to Shut Down Heathrow by Flying Drones Nearby