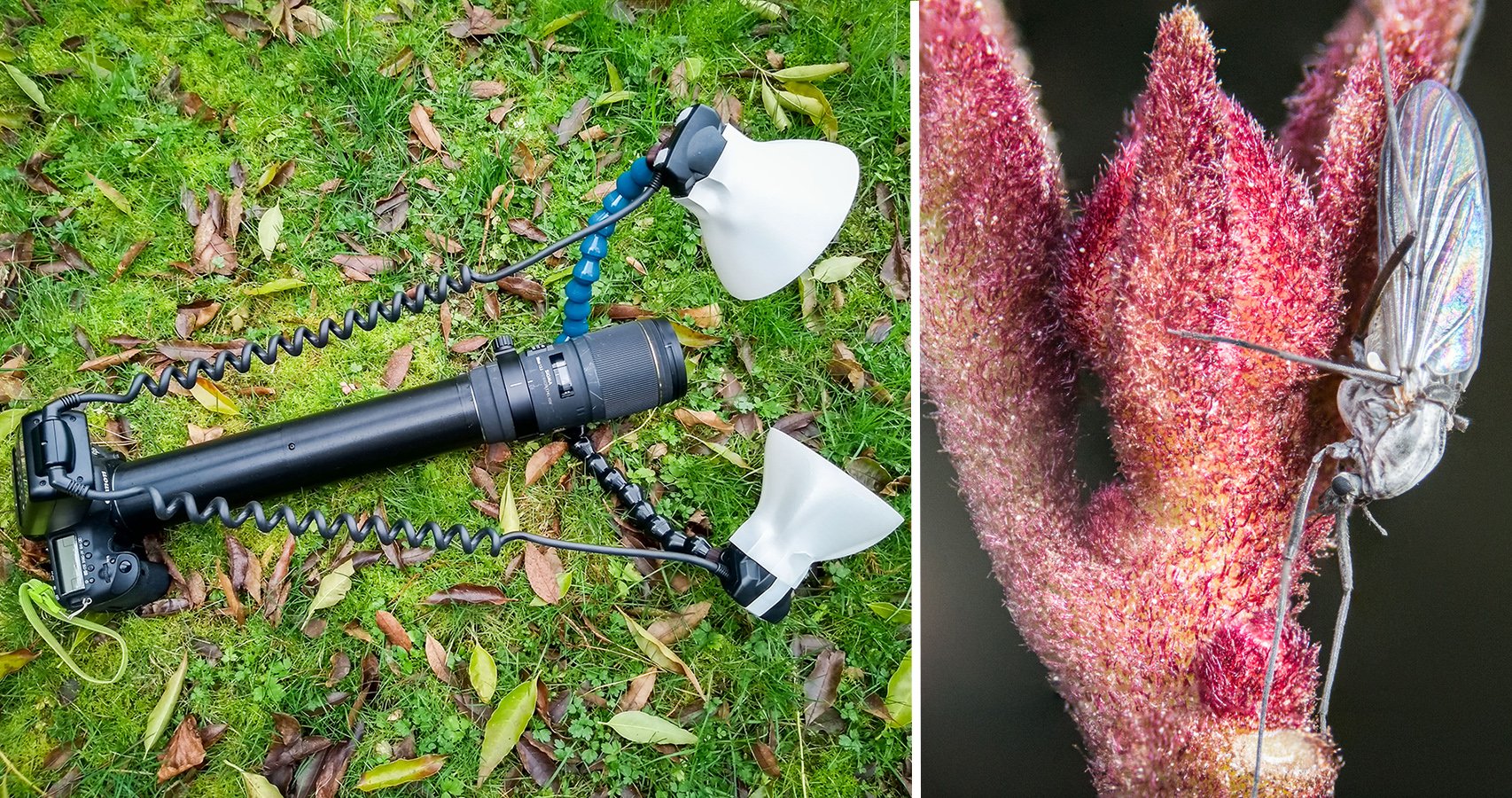 Photographer Nicholas Sherlock—whose impressive 3D-printed DIY creations have appeared on PetaPixel before—is at it again. This time, he’s created a fully-functional 300mm extension tube, complete with contacts for aperture control and autofocus, so that he can go out and shoot insane 5x macro photos.

Important to note up front that this isn’t just some hollow tube that attaches to a camera on one end and a lens on the other. It’s way more complicated than that.

“Since Canon cameras control their lens aperture electronically, and stopping down the aperture is pretty much a requirement for getting any depth of field in macro, I had to create a lens contact system using gold contacts, a ribbon cable, and pogo pins,” explained Sherlock on Reddit. “It even supports autofocus!” 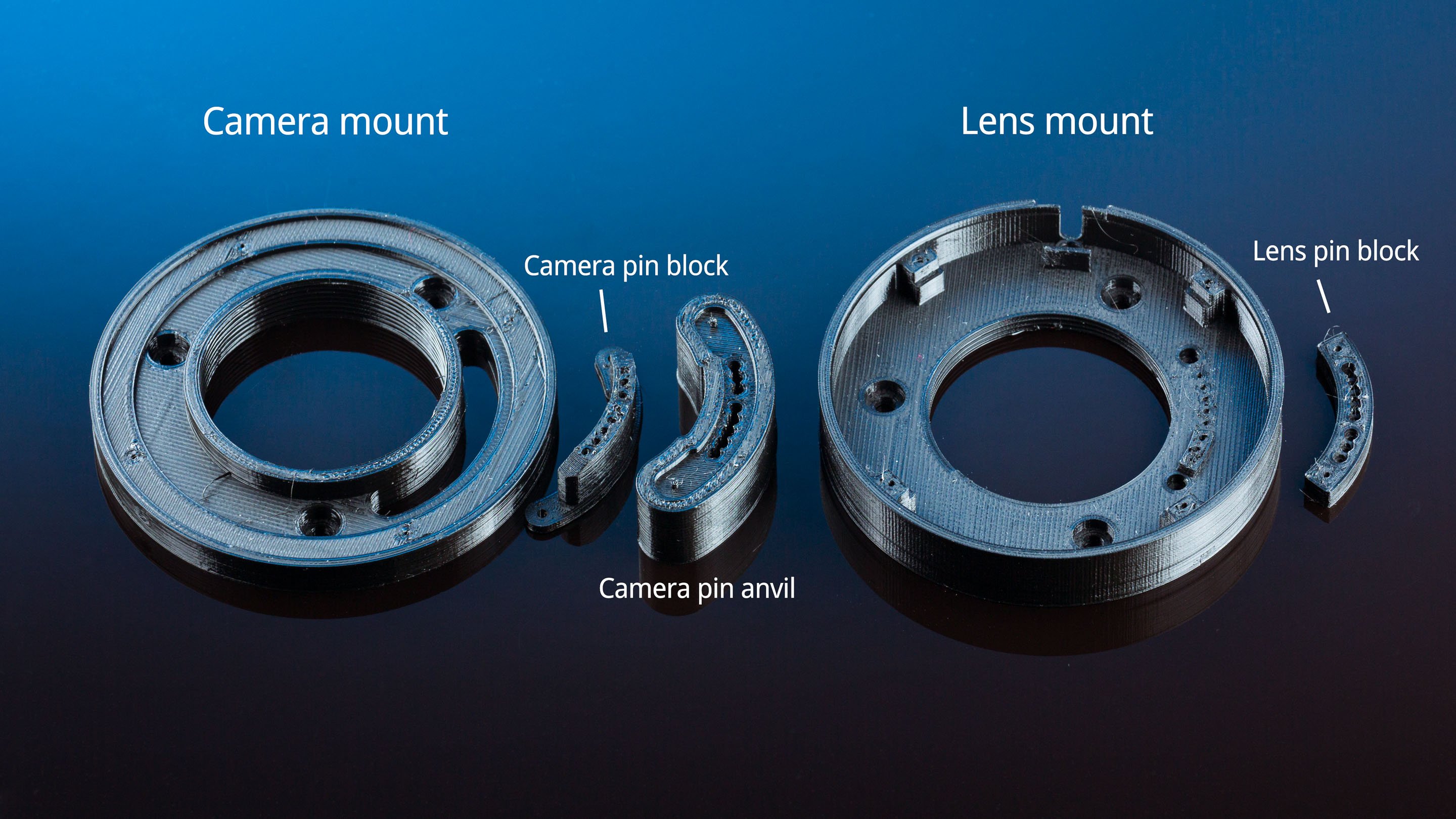 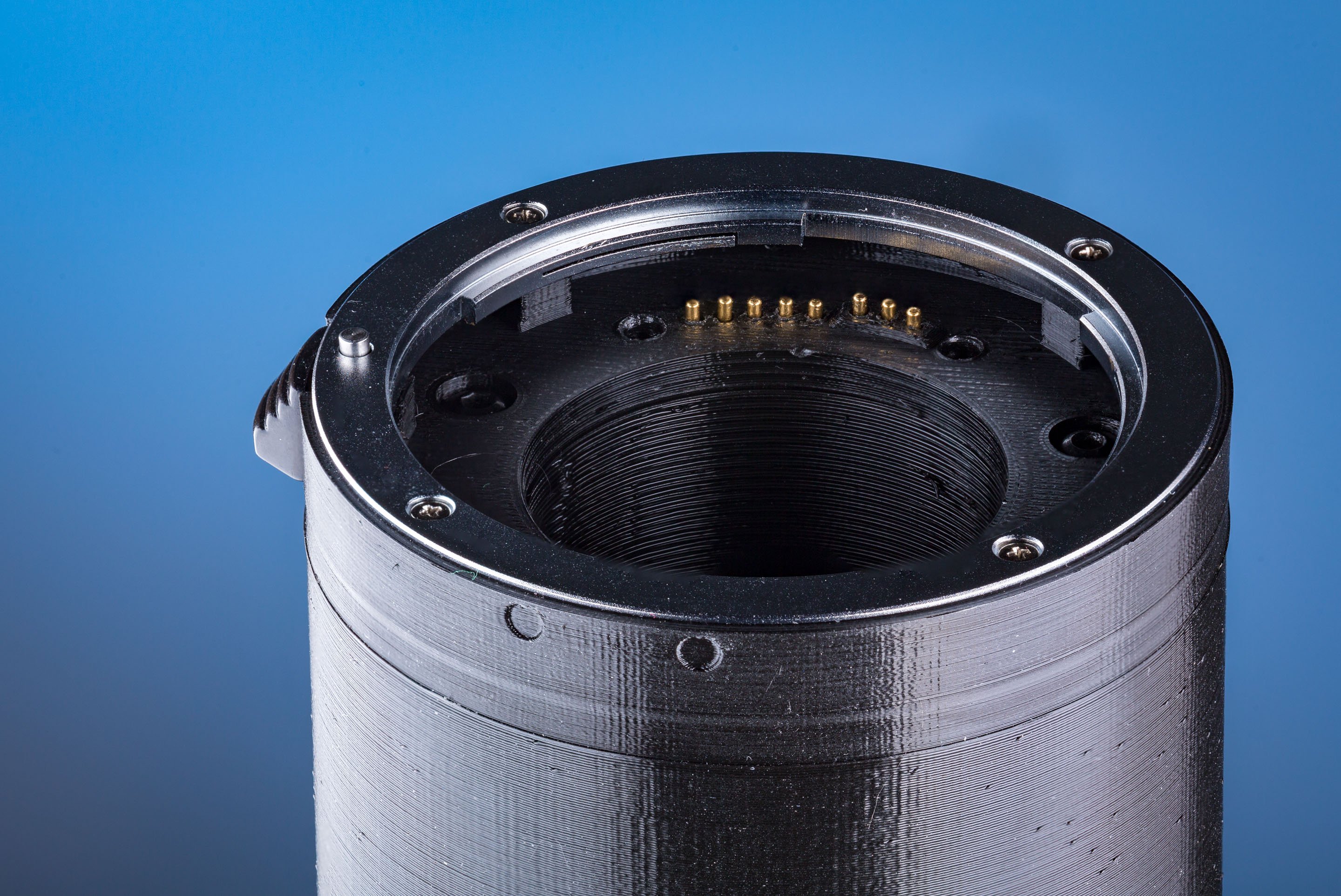 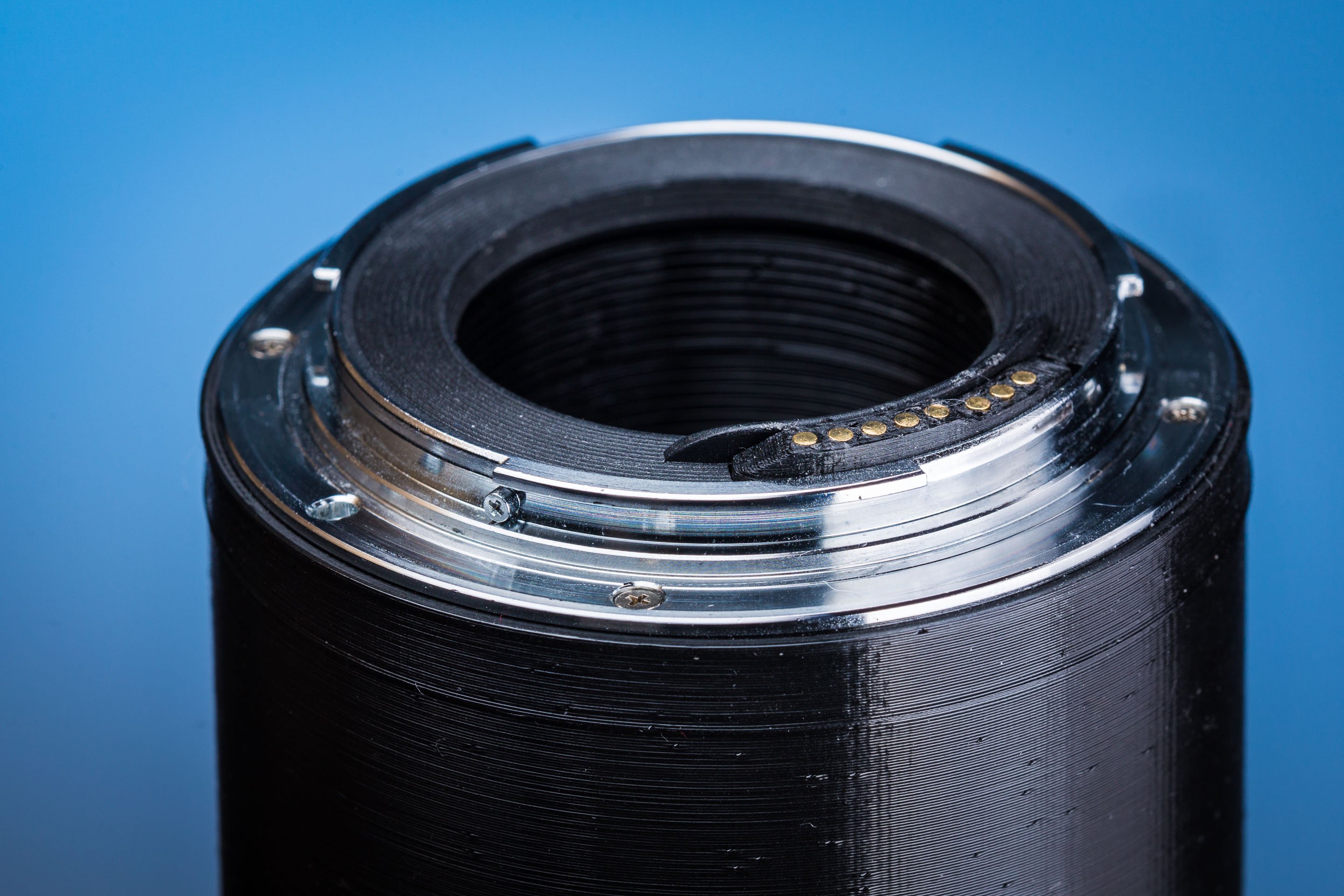 And the whole setup—extension tube and 180mm macro lens mounted to a Canon DSLR with a Canon MT-24 EX twin flash on the end—is quite a beast: 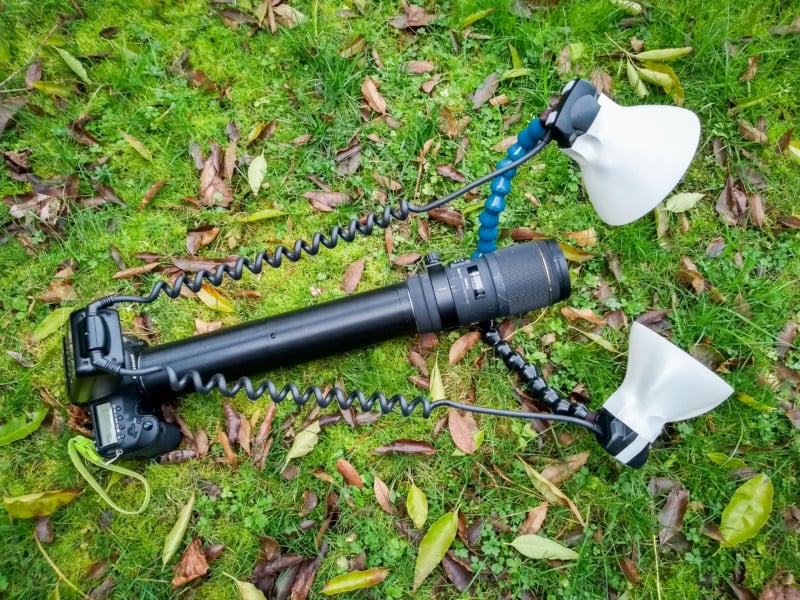 “One of the main motivations for making this extension tube was to get better photographs of aphids,” Nicholas tells PetaPixel. “They’re so colorful and neat, and such cooperative subjects (since they barely move from where they’re standing to feed), but they’re so tiny that with a regular 1x macro lens you can hardly see any detail at all. I’m hoping that when the weather improves I’ll be able to do a much better job with the resulting 5x magnification from using this tube.”

But how much of a difference does 5x magnification really make? Put plainly, when using the Sigma 180mm f/3.5 APO Macro DG HSM at 170mm working distance, a subject that’s just 7.2mm x 4.8mm completely fills the frame. To illustrate this, Sherlock shared a couple comparison shots with PetaPixel.

First up, a wine-angle shot for context: 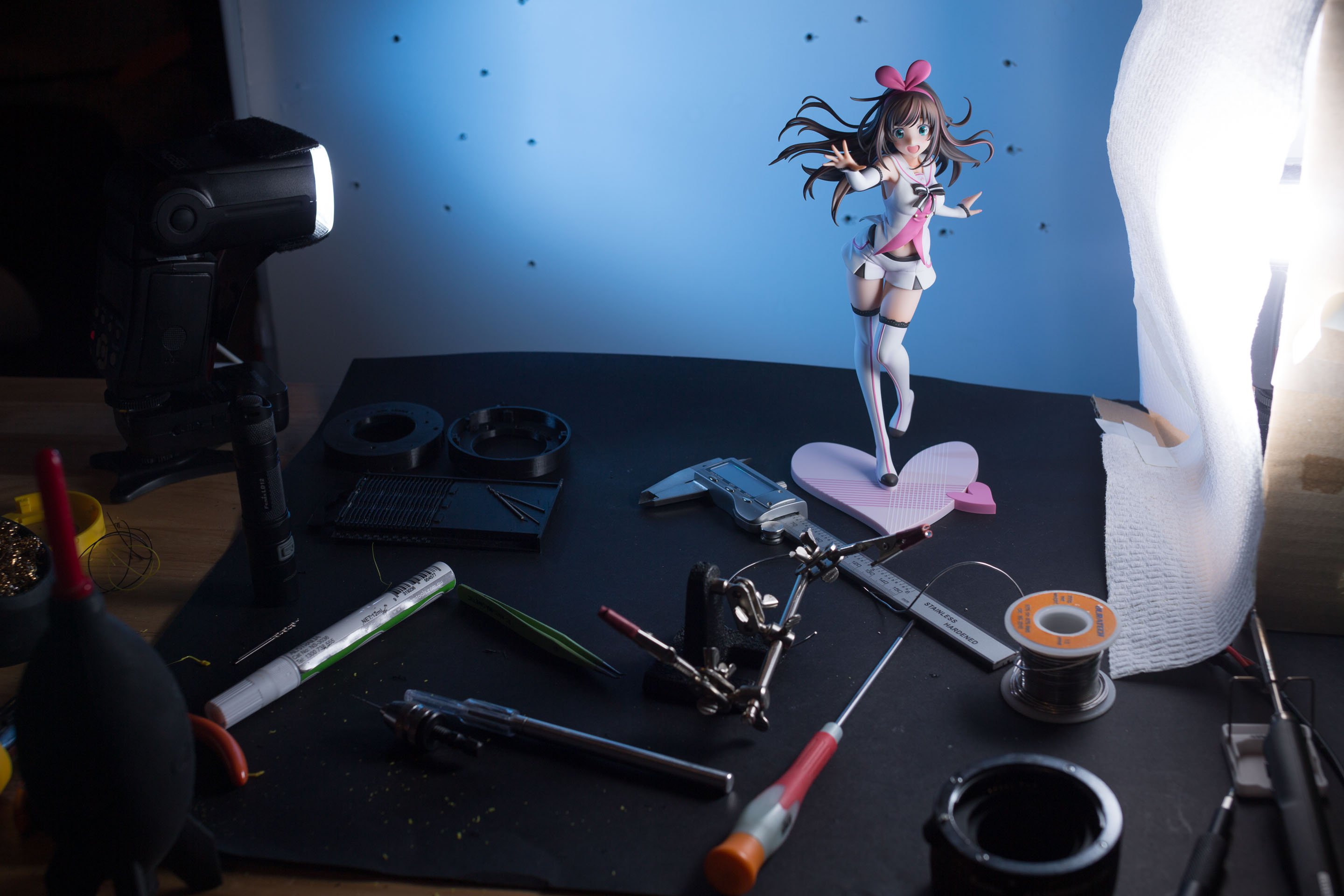 Then a 1x macro photo shot with the 180mm macro lens and no extension tube: 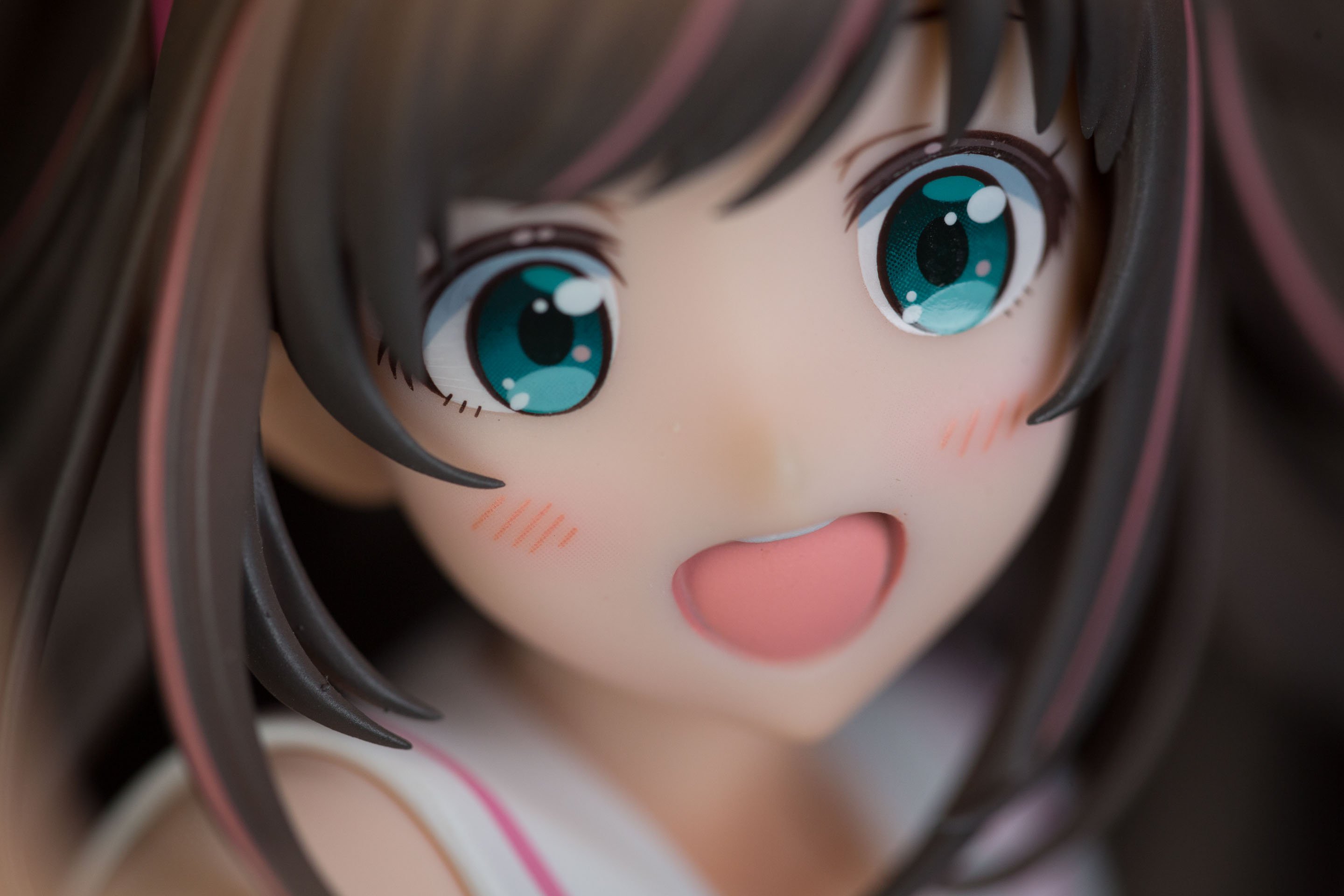 Finally, a 5x macro photo captured with the same setup plus his custom-made 300mm extension tube: 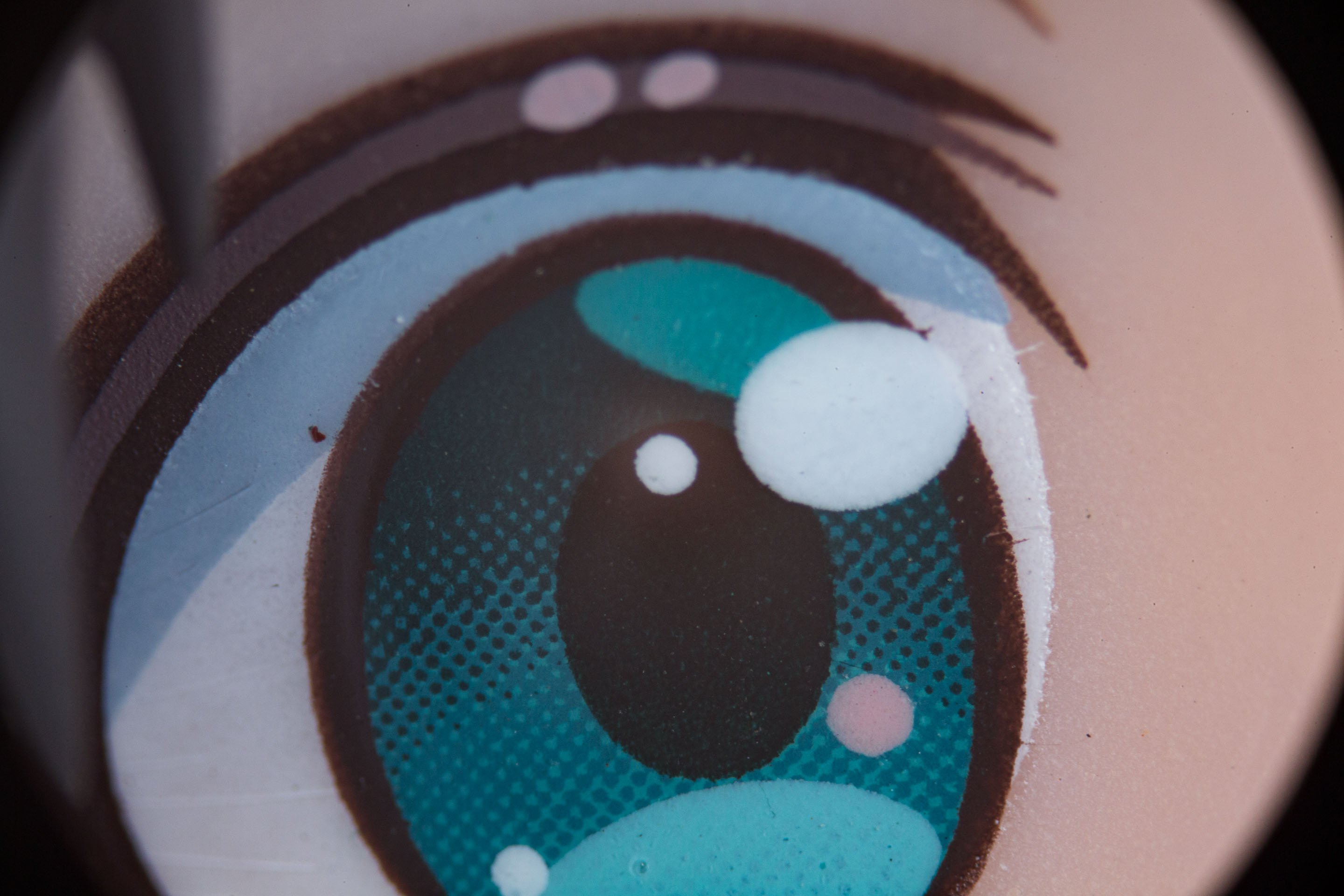 Using this setup, Sherlock has already been able to capture some gorgeous ultra-macro shots that wouldn’t look nearly as impressive at 1x: 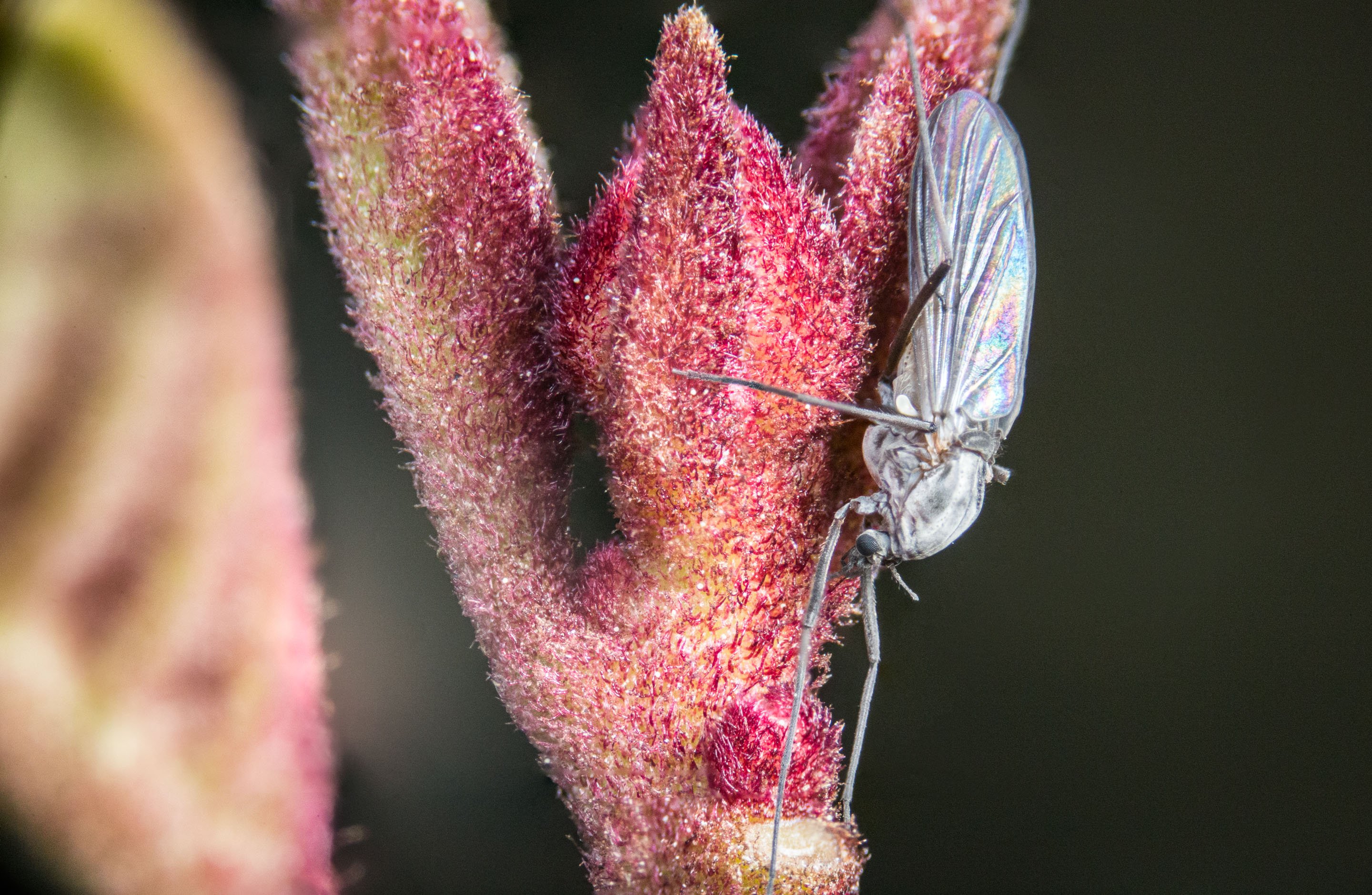 To read more about how the extension tube was made, or create your own, head over to Sherlock’s Thingiverse page where he’s posted the 3D-printable models and full build instructions. And if 300mm seems a bit too extreme for you, don’t sweat it; Sherlock has also posted instructions for a 150mm version.

Credits: All photographs by Nicholas Sherlock and used with permission.