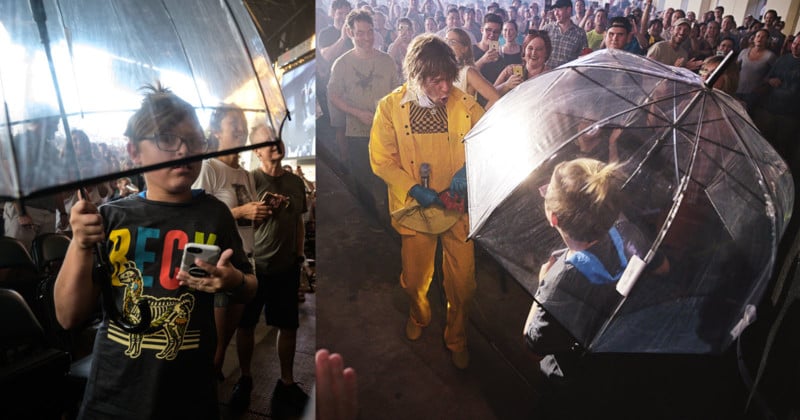 I’m an experienced concert photographer. From the largest stadiums to the smallest, dirtiest night clubs, I’ve photographed thousands of bands and seen it all. I’m damned confident in my ability to anticipate the shot and be in the right place at the right time. Or, at least I was until last Saturday night.

I was out to shoot the Beck and Cage the Elephant show at the Dos Equis Pavilion in south Dallas. Dos Equis is an outdoor amphitheater, with covered seating up front and a huge lawn area out back. Even with the sun going down, it’s still July in Texas; hot, sweet and sticky. 18,000 of us are waiting for Cage the Elephant to take the stage.

Cage the Elephant is one of the best live acts in rock and roll, driven by lead singer Matt Schultz’s willingness to get up close and personal with the fans. His brother Brad has been known to toss his guitars into the crowd. Lots of bands at this level try to control your photo rights; Cage the Elephant just warns you that they aren’t liable if you get hurt during the show.

There were stairs leading down from the stage to the photo pit, and we had been warned that Matt would be coming down into the pit and then out into the audience. I saw a parentless kid waiting in the front row, and in an attempt to demonstrate my superior insider’s knowledge I motioned him over and quietly told him to watch out… that Matt would be coming down from the stage into the crowd.

He said, “Oh… OK” but seemed less than excited. This kid: 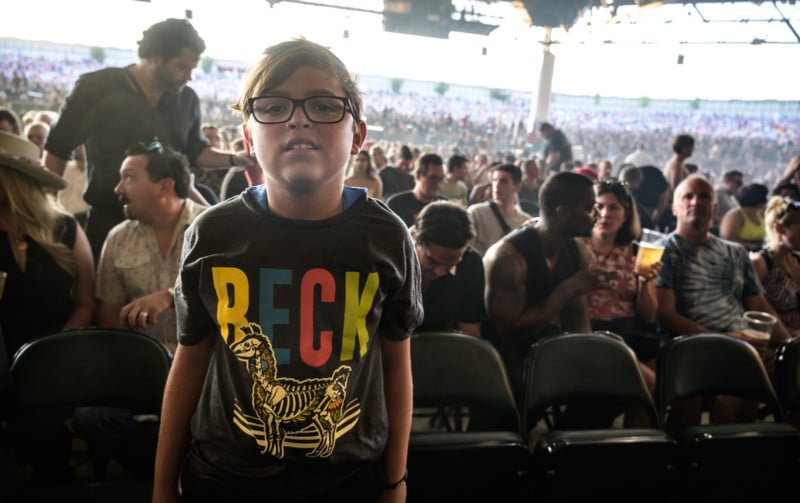 A couple of minutes later flames go off, the show starts, and the lead singer comes out in a full yellow rain suit with a big clear umbrella. 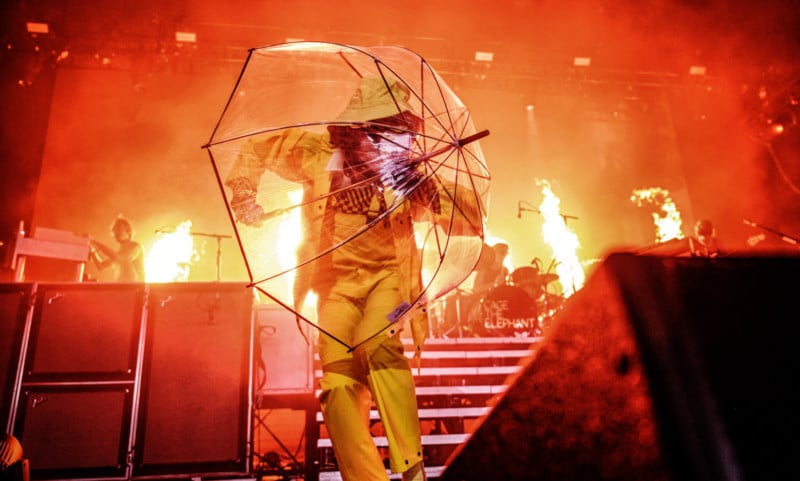 I’m shooting pictures, and don’t really notice that at some point Matt has abandoned the umbrella. Then I looked back towards the crowd and see the kid holding it. Yeah, the same kid. 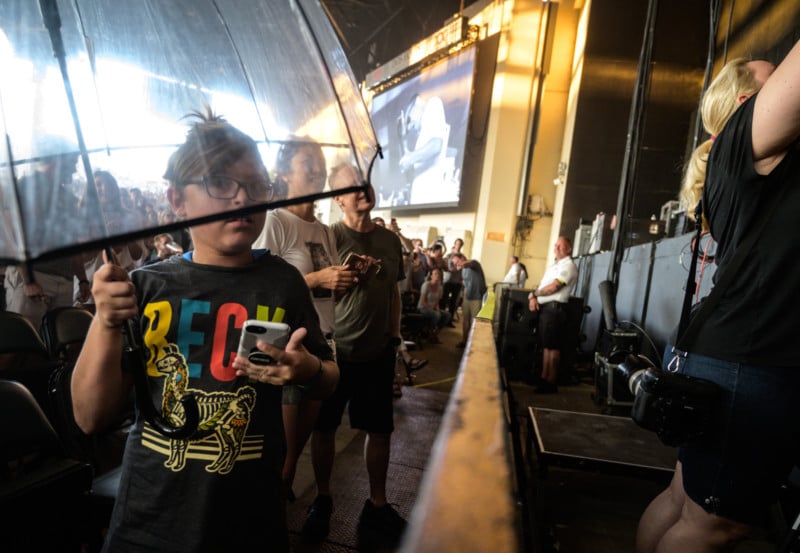 OK, I’m getting a little suspicious, but you know, I’m busy and go back to taking pictures. During the second song, the lead singer jumps into the pit, hops the rail, and takes the wireless mic a hundred feet into the crowd. There are nine photographers in the pit and no one knows what he is going to do.

I take a chance and push into the spot where he jumped the barricade. At this point he is deep in the crowd, surrounded by security and cell phones. I can still see him, just barely, with the 70-200mm. Luckily he starts walking back right towards me. Then I look down and see the kid with the umbrella… setting up for his shot. 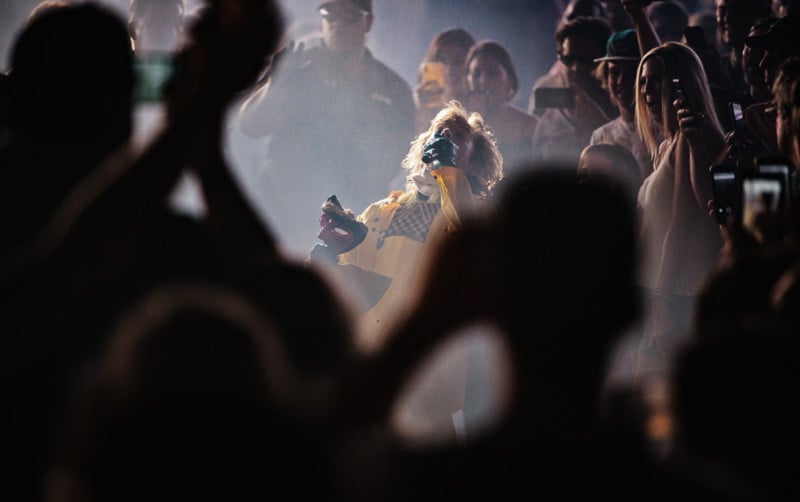 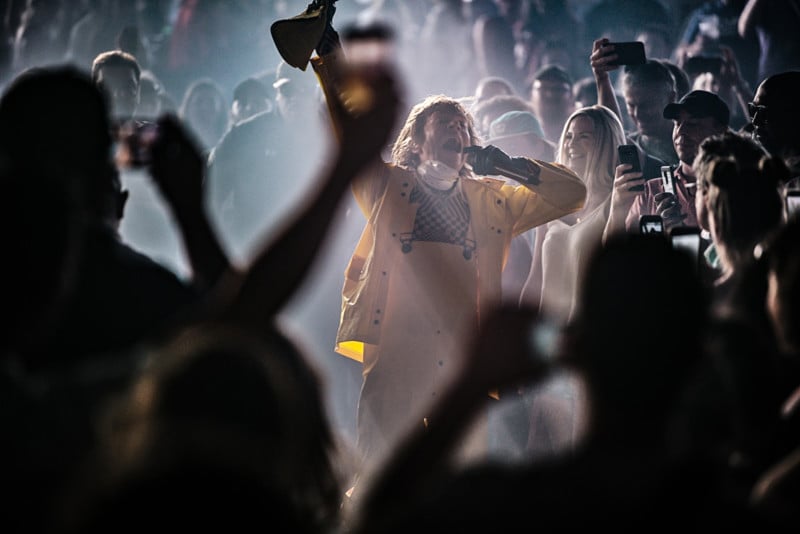 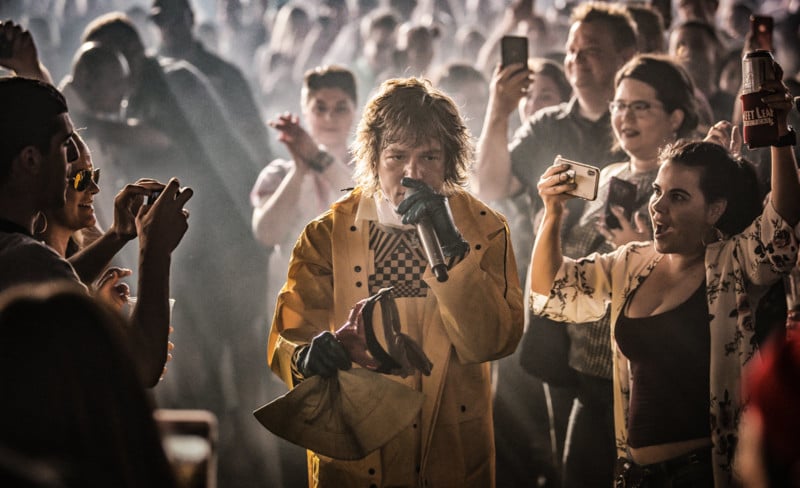 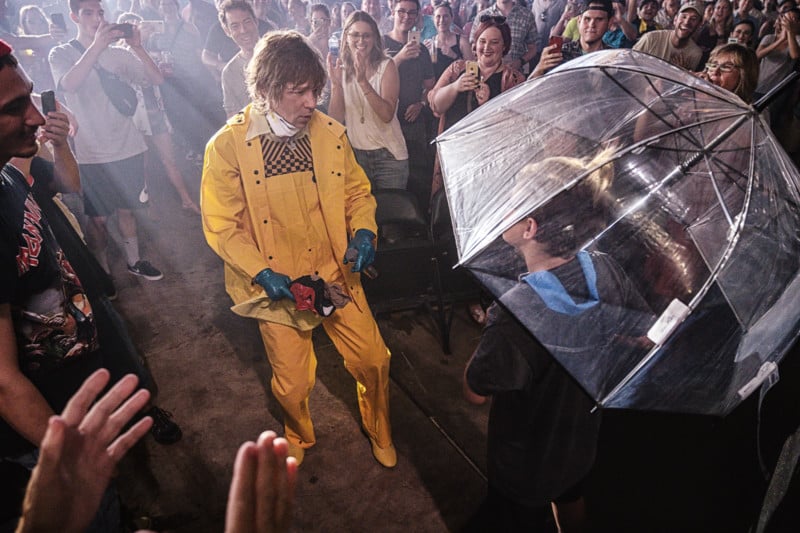 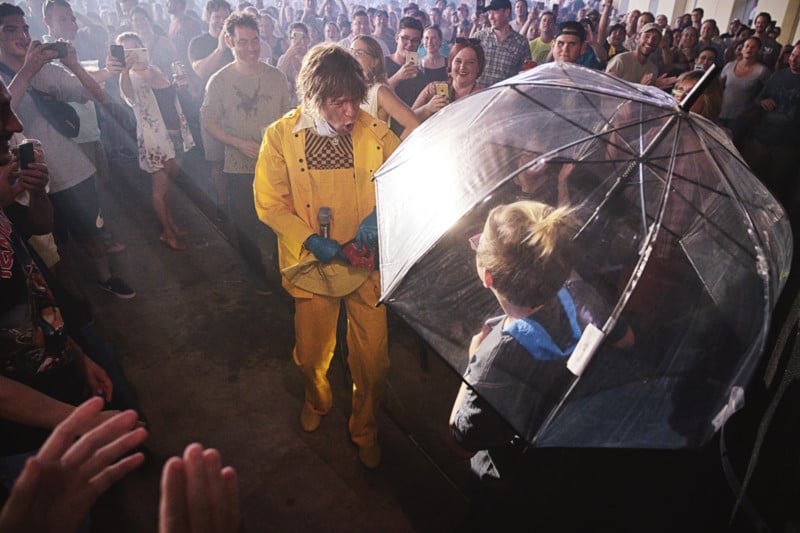 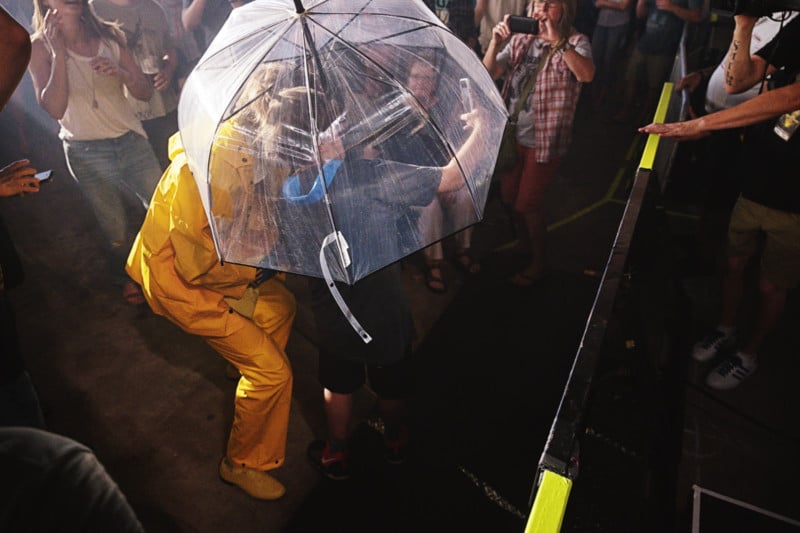 At this point, I know I’ve been outsmarted. By a pre-teen kid. After a brief back and forth, Matt ducks into the umbrella for a selfie with “the kid”. Disengaging, he then swings right by me on his way back to the stage. In fact, he stops right in front of me and yells at the crowd. I’m snapping away, figuring I’m getting something, but all the time I’m thinking that the dang kid got the better shot. Him and Matt Schultz in an umbrella, for gosh sake! 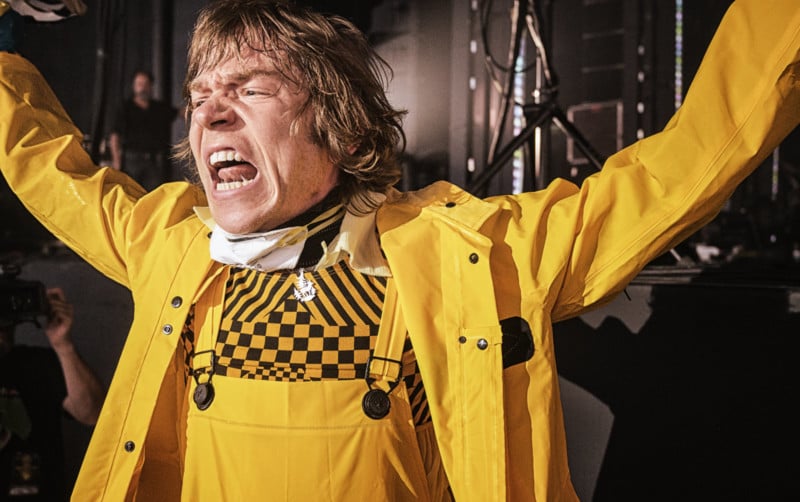 If I ever see him again, I’m going to give him a stern talking to. Then I might hand him a camera and consult him on strategy. Little bugger just might have a future in this business…

About the author: Mike Brooks is a freelance photographer in Dallas, Texas. The opinions expressed in this article are solely those of the author. He shoots a bit of everything, but you are most likely to see him at a live music venue. A full set of the pictures from the Beck / Cage the Elephant show can be seen here. You can see more of Mike’s work on his website or Instagram.

An Airplane Flyby of a Crescent Moonrise

Scientists Create Contact Lenses That Zoom with Blinks and Looks