Studio lighting can get hot — so hot, in fact, that some can double a stove. Here’s a humorous 14-minute video in which photographer Sweet Lou tests how well different ARRI fresnel lights fry eggs and bake cookies.

Lou tests the ARRI 150, ARRI 300, and ARRI 650 tungsten fresnel lights, which are geared toward smaller studios in which grid height is a problem.

After being on for a bit, all three lights become dangerously hot. 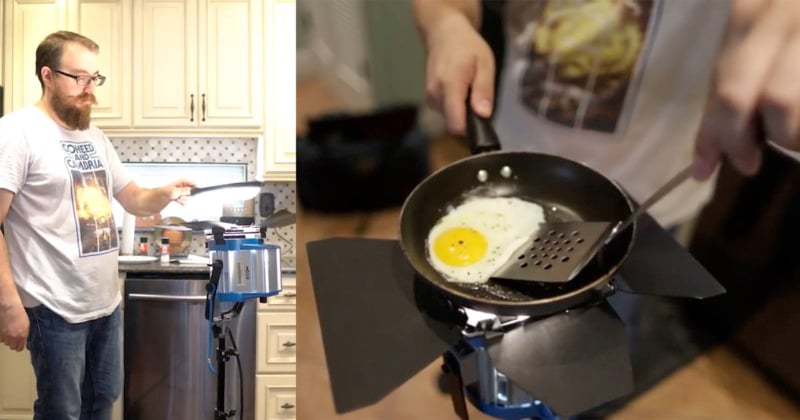 “This is a good safety warning about fresnel lights,” Lou says. “They can get pretty freakin’ hot and you can hurt yourself if you’re not careful. I’ve been on set where people have kinda rolled their eyes at me when I’ve said, ‘Hey, be careful! That light’s hot.’

“Next time you’re on set, think of me and my eggs — that was a weird sentence…”

5 of the Most Overused Landscape Photography Techniques