What’s up photography fans? It’s Martin from All About Street Photography, and today I want to talk about Henri Cartier-Bresson’s iconic photo of a cyclist, titled Hyères, France. I am going to take a closer look at the composition as well as at the story behind the photograph.

If you are not familiar with Henri Cartier-Bresson, make sure to check out this video I made about his life and photography:

What we are looking at is a black and white photograph taken in France in 1932 by one of the most well-known street photographers, Henri Cartier Bresson.

He actually took the picture while on a holiday during a walk around the town. Even though the photo looks very spontaneous, what we probably see here is a result of the so-called “fishing technique.” Photographers would find a good location and then wait for a suitable subject to enter the frame and complete the composition.

When we look at the composition, we can see this spiral created by handrail which kind of leads us to the main subject, the cyclist, who is captured with almost a perfect figure to ground the relationship. If we would like to be real perfectionist, we would point out the head of the cyclist that is losing contrast because it’s touching this curve. 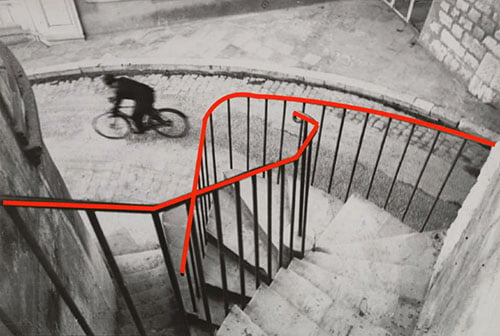 Now, this is important because what we have here is basically a silhouette, and when capturing silhouettes, the photographer has to make sure that the subject is easily recognized. That’s why it is popular to capture people in street photograph with their arms and legs separated because it is easy for viewers to read. When you capture silhouettes like this, there’s very little information you provide for the viewer other than the shape. If you don’t use the proper figure to ground the relationship or you do not separate the shape properly, what you end up presenting to the viewer is a formless subject. 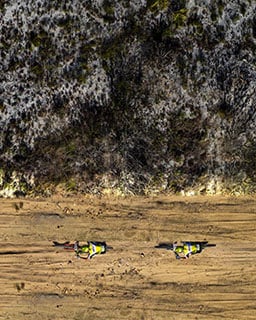 When we look at the above photograph of cyclists, you see right away it is kind of hard to read what is going on and what the subject is. You might be wondering why someone would want to take a photo of a subject like cyclists from above. The above is actually an edit I did to a brilliant photo taken by photographer Michal Červený, titled “Cape Epic.”

Now look at the original photo, what you actually see first when looking at the photograph are the shadows which masterfully uses the figure to ground the relationship and then lead the eyes to the actual cyclist.

A post shared by Michal Cerveny photography (@michalcervenyphoto) on Apr 15, 2017 at 7:51am PDT

This photo won the “Czech Sports Photography of the Year” in 2017. So, basically what you want to do in your street photography, in case you are photographing people or other subjects for the composition and not expression, is to make use of this two-dimensional view (2D), as it is very easy to recognize. You can actually get inspired by paintings of old Egyptians in the pyramids, as this is basically one of the most common techniques they used. 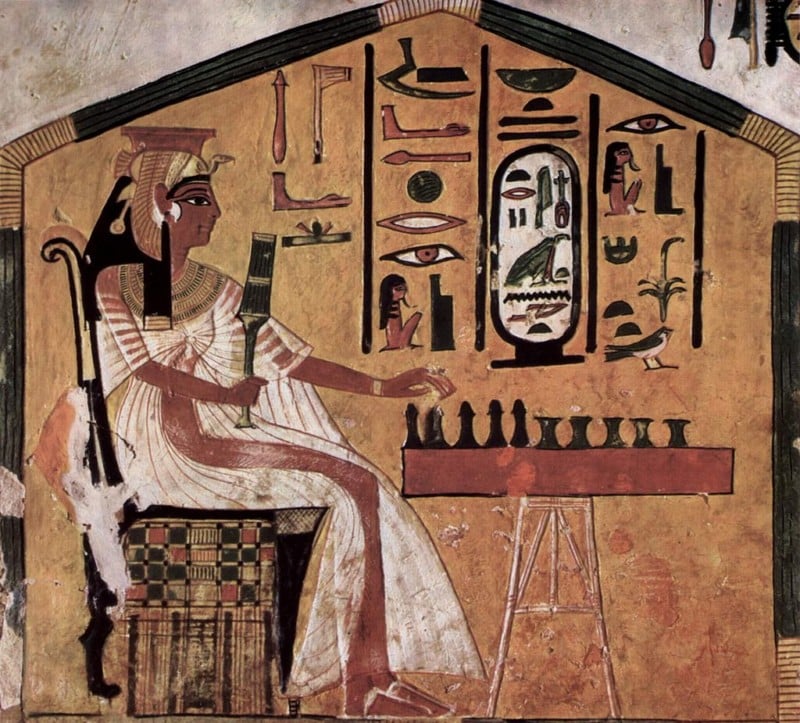 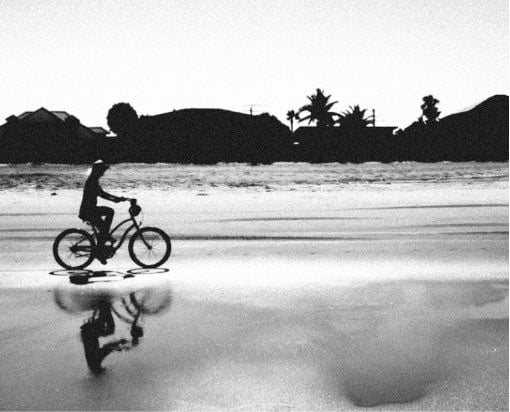 Now back to the Cartier-Bresson photo. The curve that is together with the cyclist actually emphasizes the movement and makes an otherwise static picture dynamic. These dynamics are emphasized by the stationary handrails, almost as if the picture was actually moving.

When Cartier-Bresson talked about composition, he said: “Photography implies the recognition of a rhythm in the world of real things.”

According to Bresson, the decisive moment is unique to photography since other artists like painters or sculptors can adjust their work to their liking. Such a thing is simply impossible for non-staged street photography.

The famous picture was taken with his Leica with a 50mm lens, which he bought in Marseilles not too long before the shot. The camera had actually pretty big impact on his photography since it was one of the first handheld cameras, and it would allow him to move around much more freely and adopt/define the style that would later become known as photojournalism.