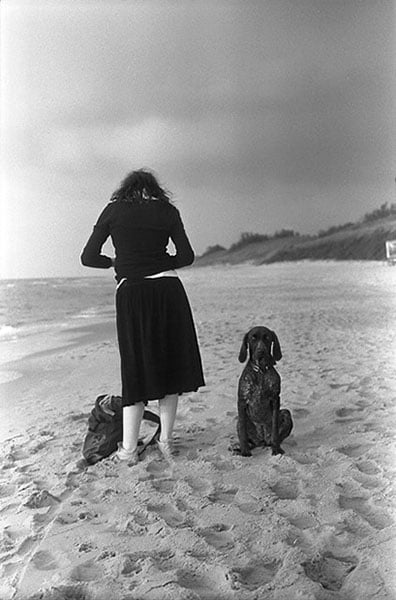 Do a search for “Henri Cartier-Bresson” using Google’s image search engine, and the photograph above is one of the results that pops up. Dig a little deeper into the results, and you’ll learn that it’s a photo by Cartier-Bresson showing French actress Isabelle Huppert.

Problem is, that’s all wrong. The woman in the photo isn’t Isabelle Huppert, and the photograph wasn’t snapped by the father of modern photojournalism.


Andrew Orlowski of The Register calls it an example of “hive mind photo fail,” and reports that the photograph was actually snapped after the legendary photographer was already dead.

The picture was actually created by Lithuanian-born photographer Andrej Vasilenko on a beach at the edge of Lithuanian. It was shot in 2007 — three years after Cartier-Bresson passed away.

The subject of the photograph is a young woman named Miglė Narbutaitė, who was a fellow photo student at the time Vasilenko shot the photograph for a school assignment.

The Register writes that although Vasilenko was at first flattered to have his photo mistakenly attributed to one of the most famous and respected photographers, he became less enthusiastic about the mistake as it propagated across the Web.

At the time of this post, Google Image Search reveals that the mistake can be found on over a hundred sources across the Internet: In an interview with Copylike.org, Vasilenko says that misattribution makes him hesitant to publish his work on the Internet:

it’s my work and I own the rights. I wouldn’t mind someone using it, if they ask my permission first. If you put a link to the original source then it’s not so bad, but if people could freely use my work without crediting me then I would definitely publish less. I am not a well known photographer and I want more people to see my work, but not if they think it’s someone else’s.

An interesting thing about this story is that the mistake is relatively easy to spot if you give the photograph a close look. The girl’s shoes and backpack are both very modern looking, while Cartier-Bresson officially retired from photography in the early 1970s.

Google and other search engines are powerful in finding and aggregating data, but it’s up to the users of photographs to verify the truth of what’s published. Since this is often neglected altogether, it’s probably the case that image search results are rampant with misattribution and incorrect information — just like the Web as a whole.