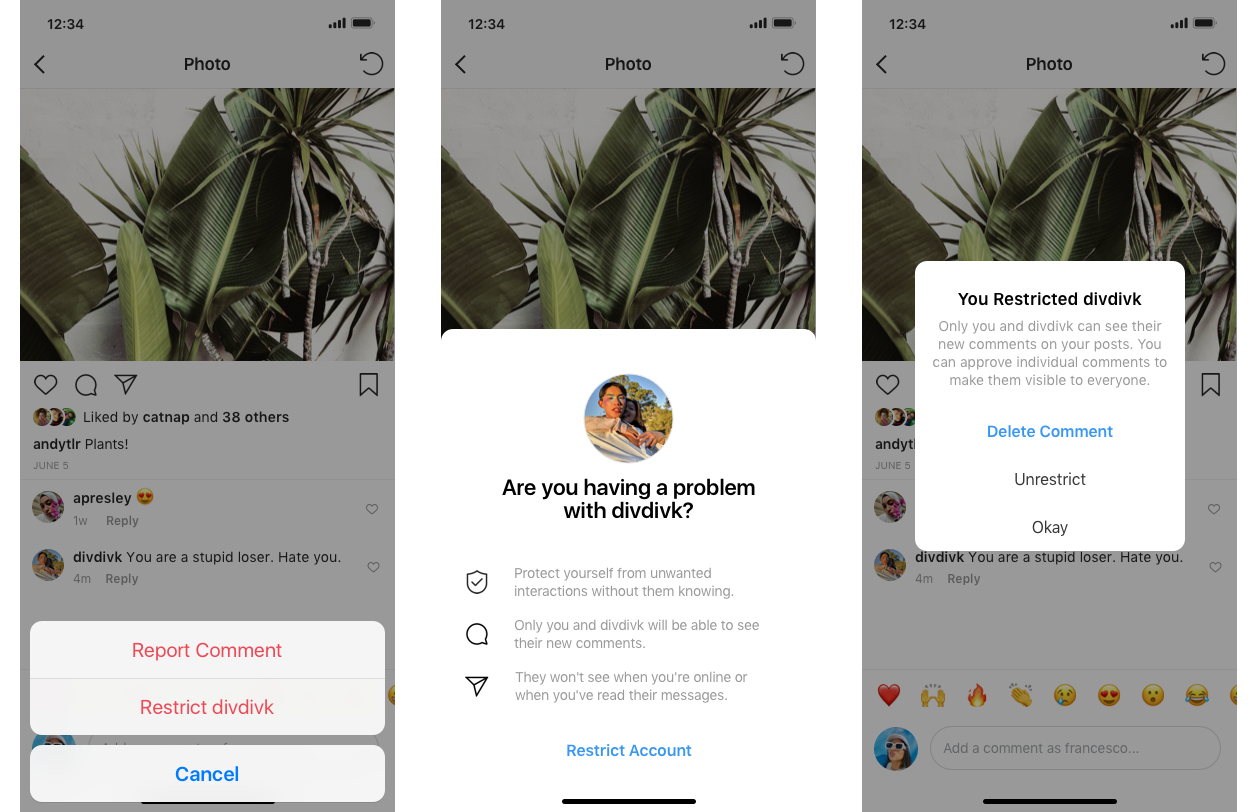 The first feature—which has not been released to the public just yet—is the ability to shadow ban (AKA ghost ban) individual followers/accounts. Instagram is calling this feature “Restrict,” and it allows you to … well … restrict an account so that only you and that user will be able to see their comments moving forward.

“Once you Restrict someone, comments on your posts from that person will only be visible to that person,” explains Head of Instagram Adam Mosseri on the company’s blog. “You can choose to make a restricted person’s comments visible to others by approving their comments. Restricted people won’t be able to see when you’re active on Instagram or when you’ve read their direct messages.”

The second feature approaches the problem from the other end, warning users if they’re about to post a comment that Instagram’s AI flags as potentially upsetting or rude. Before the comment can be posted, a small pop-up will appear that reads, “Are you sure you want to post this?” alongside a Learn More link that allows users to report if Instagram has mistakenly flagged this particular comment.

This particular feature has already started rolling out, and according to Instagram, early results have been positive. “From early tests of this feature, we have found that it encourages some people to undo their comment and share something less hurtful once they have had a chance to reflect.” 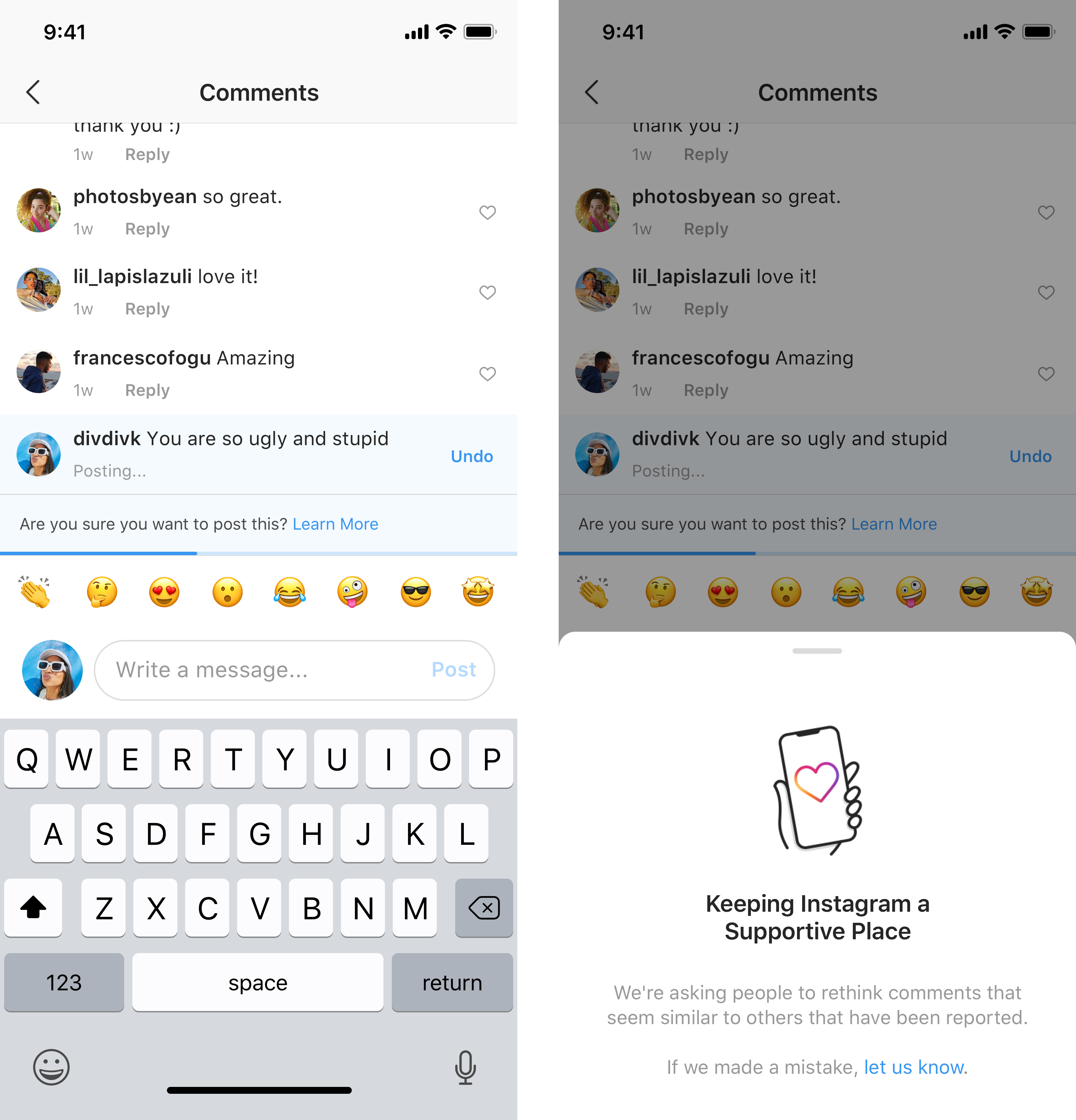 Given Instagram’s reputation for harming its users mental health and wellbeing, the new features are a welcome addition. For users who are sick of dealing with particular abusive followers, but are afraid to outright block them for fear of reprisal, the upcoming Restrict feature could have a particularly powerful impact on their photo sharing experience.