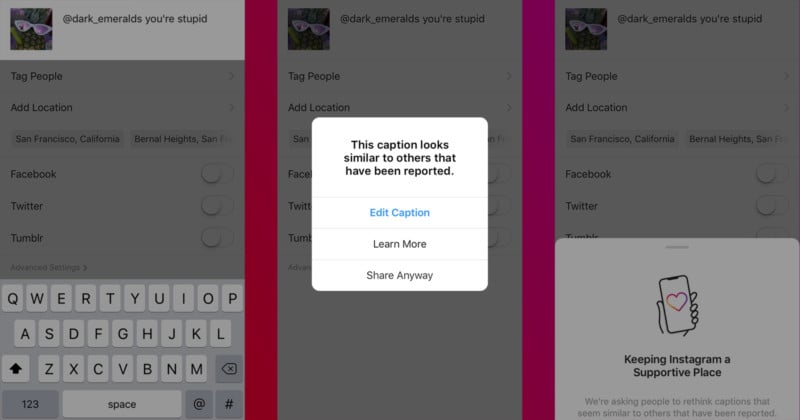 Instagram has launched a new anti-bullying feature that uses AI to recognize potentially offensive language and warn you that you’re about to post something that could get you in trouble.

The feature uses a machine learning algorithm that Instagram developed and tested to “recognize different forms of bullying” and provide a warning if and when a caption crosses that line. If you’re about to publish a photo or video with a caption the AI deems potentially offensive, a warning will pop up prompting you to reconsider.

“This caption looks similar to others that have been reported,” reads the warning. From there, you can choose to either Edit the Caption, Learn More, or Share Anyway. If the AI mistake, you can report it by clicking Learn More: 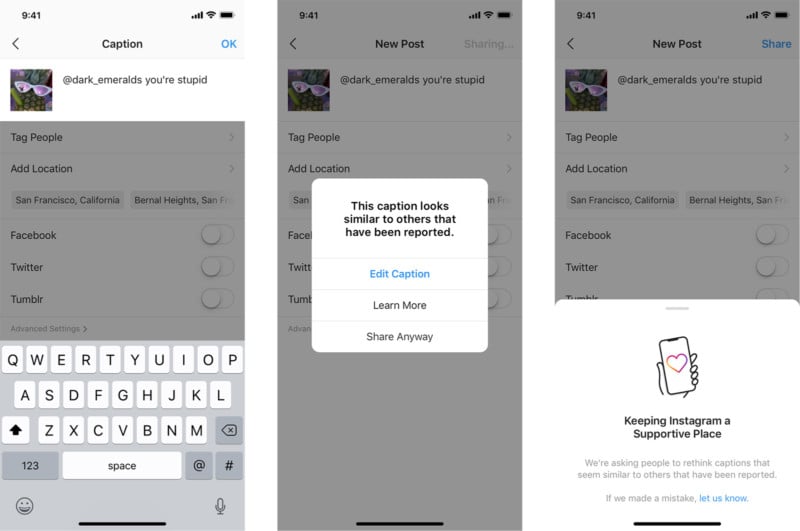 The feature joins another AI-powered pop-up, released earlier this year, which warns users when their comments may be considered offensive.

“Results [from the comment feature] have been promising,” explains Instagram. “We’ve found that these types of nudges can encourage people to reconsider their words when given a chance.” Additionally, Instagram hopes that the feature will be informative, helping “educate people” on what is and is not allowed on the photo sharing site.

The feature is rolling out “in select countries” starting today, with a global expansion in the coming months.

The Most Unfair Camera Comparison Ever: iPhone vs $250K TV Camera