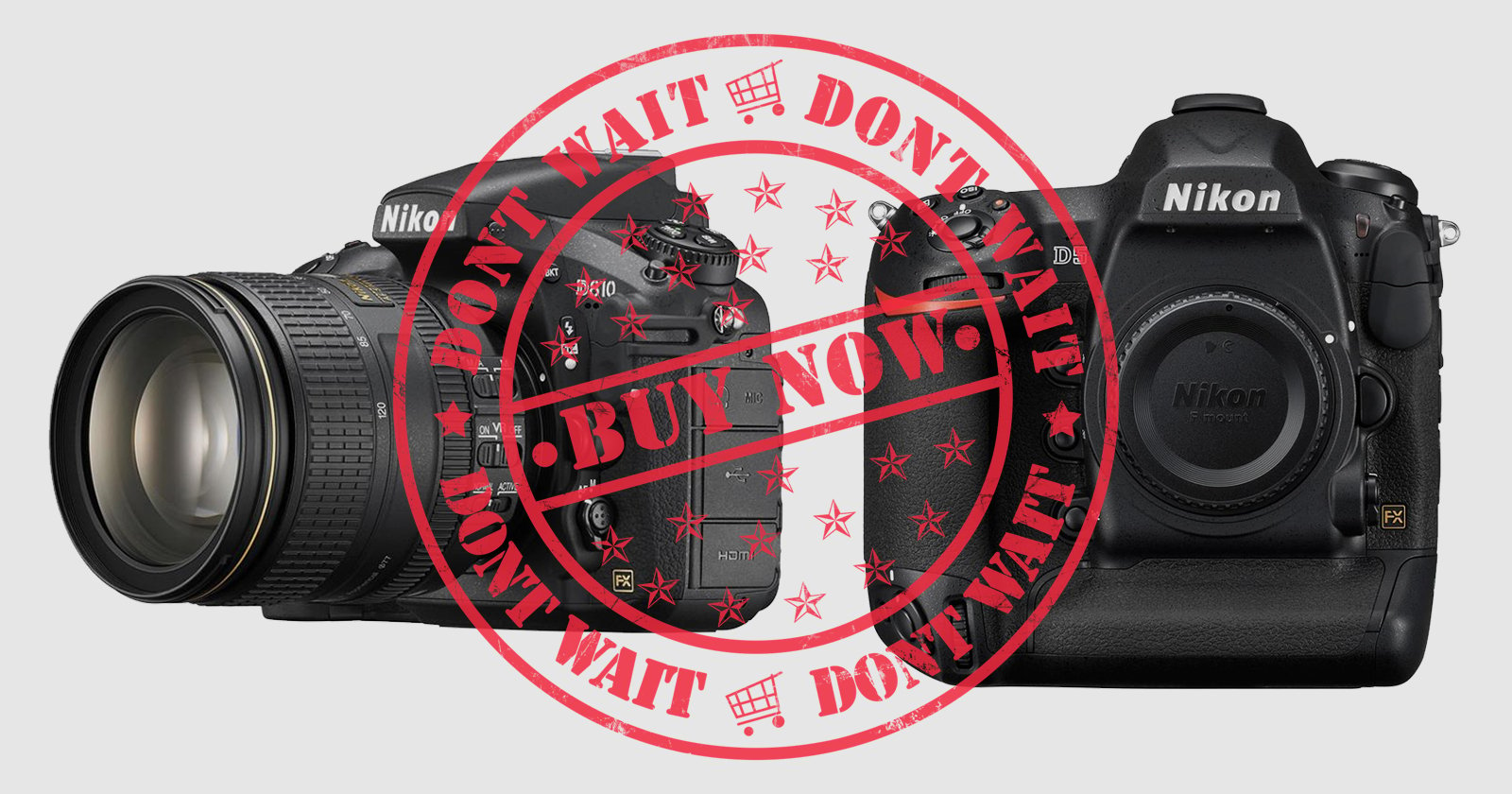 The Nikon D5—which is rumored to see a replacement with 4K/60p video and in-body image stabilization later this year—is still going to cost you a pretty penny at nearly $6,000. But the Nikon D810—still an incredibly popular high-resolution full-frame DSLR five years after its initial release—is now going for less than $2,000 for the body only. When it was first released, the D810 retailed for $3,300, and if you had purchased it last week, you would still have paid $2,800. Now you can get the D810 kit with a lens for only $2,500 all in.

True, you won’t be getting the latest BSI CMOS sensor or the newest EXPEED image processor found in Nikon’s D850 or Nikon’s full-frame mirrorless cameras. But the real question is: are those things worth the extra $1,000 you would currently have to pay to pick up a D850?

We’ll leave that answer up to you. But don’t take too long to think it over. We’ve reached out to Nikon to find out when these offers will expire, but we don’t expect them to last forever.