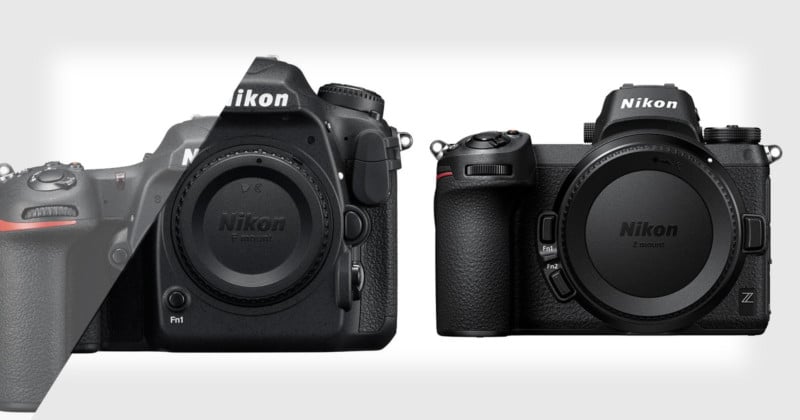 When Nikon announced its Z Series full-frame mirrorless camera system last year, it called the Z mount “the new light that Nikon will use to pioneer the future.” In its new push toward mirrorless dominance, Nikon will reportedly be ending at least 1/3 of its F-mount DSLR models.

Nikon Rumors is hearing from its sources that Nikon is only planning to replace some of these cameras with new models while others will represent the last camera models in their lines.

“They will most likely be replaced with mirrorless models,” Nikon Rumors says.

And cameras for which replacements are reportedly on the way are the D5, D850, D750, and D7500. No word on the fate of the Df, which was announced back in 2013 and is ancient as far as camera refresh cycles go.

Nikon is working hard at capturing mirrorless camera market share in its battle against the likes of Sony, Canon, and Fujifilm. As its phasing out some DSLR models, the company will reportedly be expanding its mirrorless lineup soon with a low-end (possibly sub-$1,000) model and a high-end D5 equivalent.