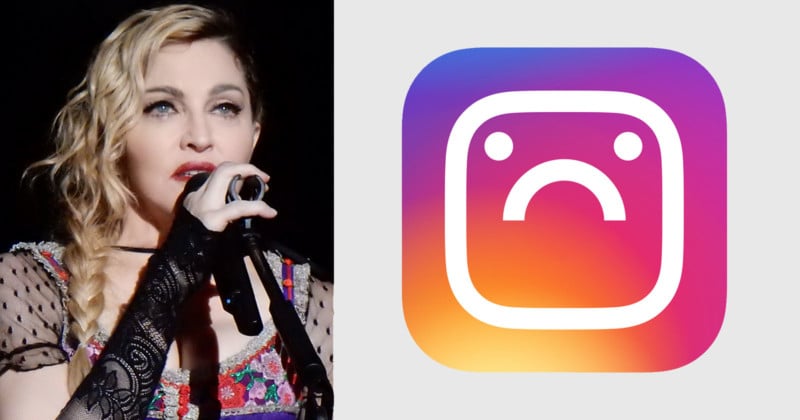 Madonna has about 14 million followers on Instagram, so the American singer knows first-hand how powerful the photo-sharing social network is for “influencing.” But now she’s speaking out against Instagram and the darker side of using it.

“You get caught up in comparing yourself to others,” the 60-year-old star tells The Sun in a new interview. “I think Instagram is made to make you feel bad.”

She says it’s especially hard for artists to develop their art and as people under the Instagram microscope.

“I was lucky enough to have a life as an artist before the phone and Instagram and social media because I did have that time to develop as an artist and a human without feeling the pressure of judgment of other people or comparing myself to other people,” Madonna states, adding that social media culture “runs people’s lives” and makes it harder for artists to “stick to your guns and be who you are.”

“You get caught up in comparing yourself to other people,” she continues. “Should I be like that, act like that, look like that? Will that make me more popular, or more successful? People are a slave to winning other’s approvals.

“I feel bad for young people who haven’t had the opportunity to develop their character and who they want to be.”

Selena Gomez mirrored Madonna’s thoughts in her own interview on LIVE with Kelly and Ryan. The 26-year-old singer, who has over 152 million followers, says she deleted Instagram from her phone.

“I used to [use Instagram] a lot, but I think it’s just become really unhealthy for young people, including myself, to spend all of their time fixating on all of these comments and letting this stuff in,” Gomez says.

A study in the UK found in 2017 that Instagram is the worst app for young people’s mental health with users reporting a negative impact on sleep, body image, fear of missing out (FOMO), bullying, and anxiety.