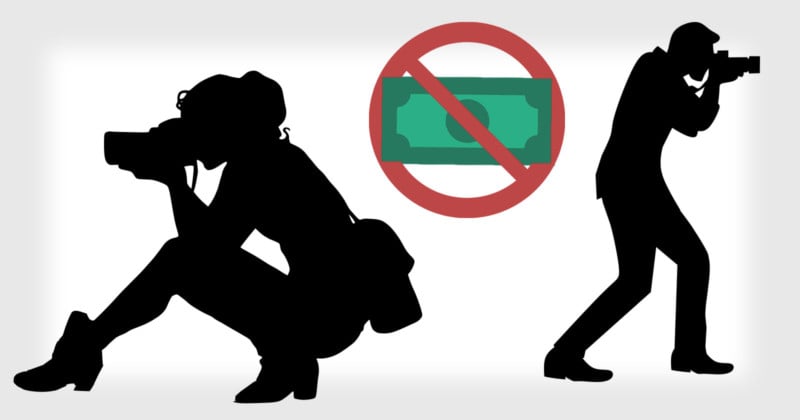 Photographers have been speaking out in recent years about getting asked to do work for little or no money. A new research study is now suggesting that one of the reasons photographers get lowballed is because they love their jobs.


Professor Aaron Kay and Ph.D student Jay Kim at Duke University’s Fuqua School of Business recently published a paper titled, “Understanding Contemporary Forms of Exploitation: Attributions of Passion Serve to Legitimize the Poor Treatment of Workers,” in the Journal of Personality and Social Psychology. What the researchers found was that people feel like it’s more acceptable to exploit workers who are passionate about what they do.

Photographers often point out that people never ask workers such as plumbers to work for free — this study’s explanation would be that photography is widely viewed as a “labor of love” while plumbing isn’t.

“The researchers found this tendency to exploit passion arises from two beliefs: that work is its own reward, and that the employee would have volunteered anyway,” writes Fuqua Insights. “This is an example of compensatory justifications.”

Professor Steven Shepherd of Oklahoma State University, who contributed to the study, notes that fixing “passion exploitation” in our culture may need to start with ourselves, since it’s not uncommon to exploit the passions of friends and family.

“We can all do more to be vigilant and prevent ourselves from slipping into exploiting passion in our employees, our friends, and even ourselves,” Shepherd says.