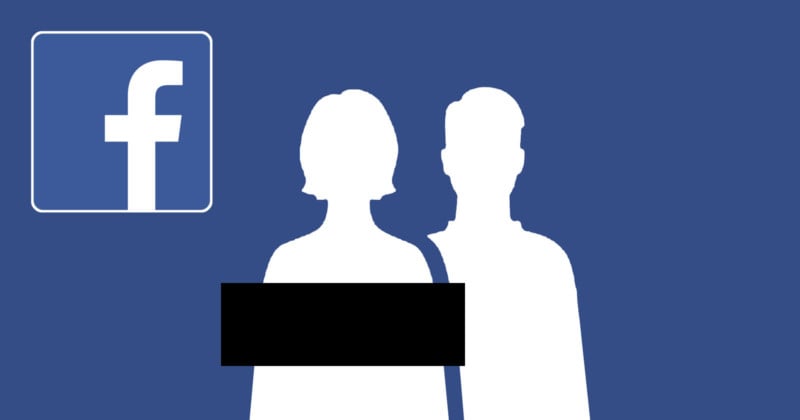 Facebook has agreed to rethink its stance on nudity following an outcry from photographers who have been protesting the social network’s banning of artistic nudity in photographs.

Warning: This article contains some mild nudity that may not be safe for work.

“In recent months, Facebook has faced scrutiny for its community guidelines and censorship practices,” writes the National Coalition Against Censorship (NCAC). “The site’s policies, which make an exception for nudity in paintings and sculptures, exclude photography. Photographers reported having their accounts and photos deleted without warning or explanation.”

The NCAC and photographer Spencer Tunick — an artist known for his large-scale nude shoots — teamed up this past weekend for a #WeTheNipple campaign. Tunick held one of his trademark nude photo shoots on June 2nd outside of Facebook’s New York City offices to speak out against the company’s policies.

125 male and female models stripped down and held giant photos of male nipples over their bodies to cover themselves. The women also wore male nipple stickers over their own nipples, a reference to the fact that Facebook’s policies specifically ban female nipples.

“We restrict the display of nudity or sexual activity because some people in our community may be sensitive to this type of content,” Facebook writes in its Community Standards document. “Our nudity policies have become more nuanced over time. […] While we restrict some images of female breasts that include the nipple, we allow other images, including those depicting acts of protest, women actively engaged in breast-feeding, and photos of post-mastectomy scarring. We also allow photographs of paintings, sculptures, and other art that depicts nude figures.”

At sunrise on Sunday, June 2, 2019, 125 people posed nude in front of Facebook and Instagram’s New York City headquarters at Astor Place to challenge social media censorship in collaboration with the National Coalition Against Censorship. Link in Bio. #WeTheNipple – – – Artist Micol Hebron was the first to create the digital male nipple pasty in 2014 and encouraged fellow artists to use it to cover female nipples on social media. Thank you Micol!

The unusual photo shoot and protest made national headlines, and NCAC just announced that Facebook has agreed to meet with a group of artists, educators, curators, and activists to discuss its policies and figure out if or how they can be changed to better serve creators.

“Images of the human body have been a central subject of art for centuries,” NCAC writes. “Nevertheless, Instagram, the most popular platform for artists who share their work online, and Facebook both ban photographic representations of the body.”

Facebook has confirmed that it will be holding a meeting regarding nudity. The company notes that it hasn’t pledged to make any changes to its policy, but rather its goal is to learn more about ongoing concerns people have regarding its policies.

Why the Fujifilm GFX 100 is Next Level

How to Get Over Early Hurdles in Film Photography