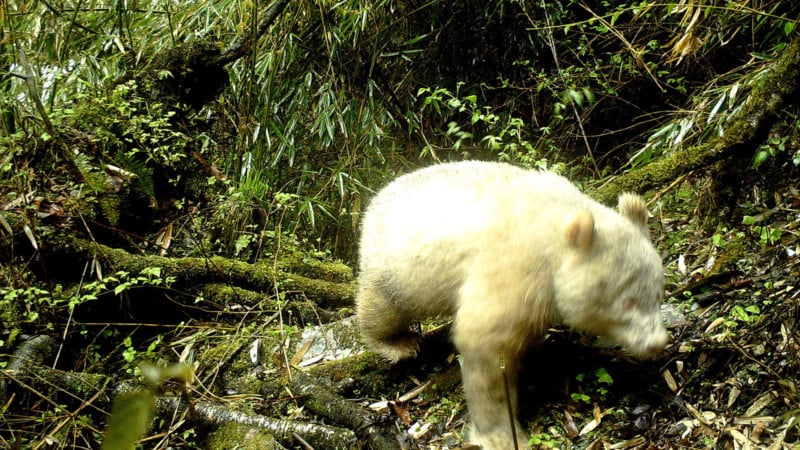 China has released the world’s first-ever photo of an albino giant panda. It’s a bear with all-white fur and reddish eyes.


The photo was captured by a motion-activated camera trap placed in the Wolong National Nature Reserve in the southwestern province of Sichuan on April 20th, 2019. Scientists estimate that the young panda is likely between one and two years old. The sex could not be determined from the snapshot.

“This is the first time a fully albino wild giant panda has been caught on camera, indicating there must be a gene mutation in the giant panda population,” says Peking University researcher Li Sheng. “Judging from the photo, the panda is physically strong and taking steady steps, suggesting the gene mutation is not affecting its normal life.”

The nature reserve says it’s planning to install additional camera traps in order to keep its eye on the ultra-rare albino panda and track whether it bears any offspring. Since the albinism gene is recessive, though, it’s highly unlikely that the offspring would also be albino.